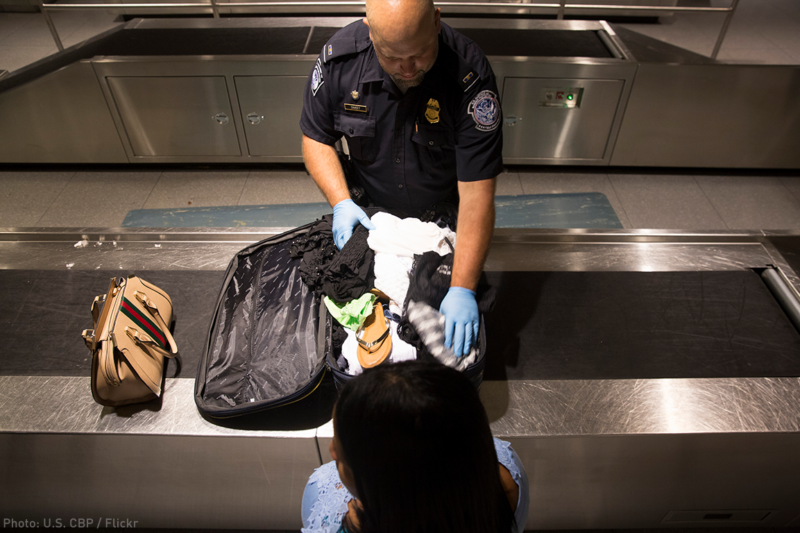 Imagine: You’ve never been charged with any crime, yet the government blacklists you as a terrorism threat and bans you from flying indefinitely. You’re separated from family members, can’t get to weddings or funerals or religious obligations, and lose jobs because you can’t travel or your employer finds out you’re blacklisted.

You know what the government has done violates your constitutionally protected ability to travel and to be free from false stigma. You have rights — the Constitution guarantees due process. So you ask the government for its reasons and evidence, as well as a live hearing to establish your credibility and innocence. In response, the government says it put you on the No Fly List because it predicts that you might commit a violent terrorism act in the future, but it won’t tell you all the reasons why or give you any evidence or the hearing you seek.

This is the Kafkaesque nightmare in which our clients on the No Fly List have been trapped for eight years. And it’s the unfair system we’re challenging on their behalf in an argument Tuesday before a federal appeals court in Portland, Oregon.

Throughout this long-running case, our clients have sought a fair process in order to clear their names and regain rights most Americans take for granted.

At first, they achieved a major success. In 2014, a federal district court judge struck down as unconstitutional the government’s original procedures for people on the No Fly List to challenge their placement. Under that system, the government wouldn’t even confirm whether people were on the list or not.

The court ordered reforms. As a result, the government told seven of our clients that they were cleared to fly, but it never told them why they’d been put on the No Fly List in the first place. It also announced in April 2015 that under its revised process, it would tell U.S. citizens and lawful permanent residents whether they are on the No Fly List — and possibly provide reasons. But when the government applied its reforms to our clients still on the list, it became clear just how inadequate the changes were.

The government still refuses to provide meaningful notice of the reasons our clients are blacklisted, the basis for those reasons, and a live hearing before a neutral decision-maker. Much as before, our clients are left to guess at the government’s case and so can’t actually challenge government error.

Through our lawsuit, we’ve also learned that the government is blacklisting people who have never even been charged with wrongdoing based on a prediction that they might someday engage in terrorism. The government eventually revealed that the criteria it uses to ban people from flying are all based on its view that they are a “threat” — a term that the government has never publicly defined and one that encompasses the entire universe of First Amendment-protected speech, association, and conduct that falls short of committing a prohibited crime.

This is unconstitutionally vague, and it invites arbitrary and discriminatory government action. It is perhaps no coincidence that all our clients are Muslim.

We provided the court with expert evidence — which the government never refuted — establishing that government predictions like these guarantee a high risk of error. When the government undertakes such a perilous endeavor, basic due process requires rigorous procedural safeguards.

Nonetheless, in a decision that was unprecedented and unjustified, the district court concluded that the government’s revised process satisfied constitutional requirements.

The court largely rested its incorrect conclusion on a novel ground — that “undue risk to national security” justified the government’s secrecy and deficient process. But no other court has ever permitted blanket assertions of national security risk, untethered to specific justifications that courts then adjudicate, to legitimize a process so flawed.

To the contrary, courts have time-tested means to manage between legitimate government secrecy needs and individual rights. More fundamentally, the Supreme Court has made clear that the “essential constitutional promises” of meaningful notice and an opportunity to be heard “may not be eroded” in cases implicating national security.

Now, on behalf of our clients, we’re asking the Ninth Circuit Court of Appeals to uphold the Constitution’s promise — and its guarantee of fairness.