Government Privacy Panel: One Step Behind Congress, the Courts, and the American People 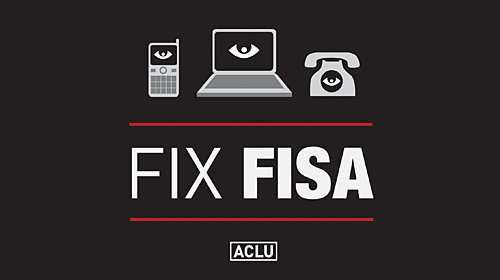 When Congress, the courts, and the American people disagree with you, it’s probably time to re-think your position.

Yesterday, the Privacy and Civil Liberties Oversight Board (PCLOB) released its report on the troubling Section 702 surveillance program – a program that falls under the Foreign Intelligence Surveillance Act (FISA). Section 702 is designed to target individuals or groups abroad, but, disturbingly, it is increasingly being used to conduct surveillance on individuals and entities inside the United States.

So, how is the government getting around the apparent intent of Section 702?

Once the government has collected this information, it stores it in enormous databases and can — through the “backdoor” search loophole — search it specifically for information about persons in the United States. In other words, even if officials claim they didn’t intend to collect information about you, once they have it, they can deliberately comb through it.

All this happens with no real oversight. The Foreign Intelligence Surveillance Court never makes a determination that there is probable cause to believe the person being targeted lives outside the United States or is an appropriate target. And it does not determine whether searching the information collected for communications of U.S. persons is warranted.

Unfortunately, the PCLOB, Congress, and the NSA apparently have no idea how often the information of people inside the United States is collected. What we do know, however, is that in 2013, over 250 million internet communications alone were swept up under Section 702. And, in 2013, the NSA conducted approximately 9,500 searches involving terms associated with U.S. citizens or legal residents. That number doesn’t include queries by the CIA and FBI.

The PCLOB concluded that backdoor searches are permitted under Section 702, but came to no consensus regarding the additional protections that should be put in place to protect privacy. Some board members recommended that the FISA courts be required to approve these types of searches, though under a relatively low standard of proof. Others simply thought additional procedures at the relevant agency were needed (and we know how that’s worked out).

Fortunately, few outside the PCLOB agree that these minimal reforms are enough.

Just last month, Democrats and Republicans in the House overwhelmingly agreed to close the backdoor search loophole. Moreover, the American public appears to be increasingly concerned by surveillance potentially conducted under Section 702. A September 2013 poll found that 71 percent of Americans do not want the government eavesdropping on their phone calls without court warrants. And, a November 2013 poll found that 57 percent of Republicans, 53 percent of Democrats and 56 percent of independents think it is unacceptable to monitor the phone calls of allies abroad, such as German Chancellor Merkel. Just recently, in Riley v. California, even the Supreme Court acknowledged that internal oversight is a weak substitute for the requirements of the Fourth Amendment.

It’s just time for the PCLOB to catch up to the rest of us.