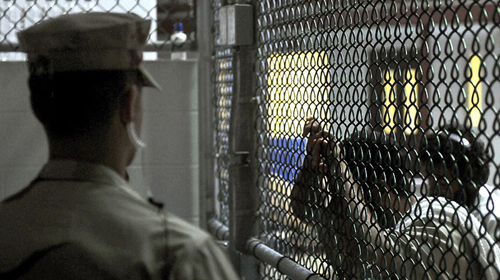 In the criminal justice system, we’re familiar with two separate yet equally important groups of lawyers. On one side, we have attorneys for the government, who investigate, charge, and prosecute crimes. On the other, we have the defense attorneys, who advise the accused, preserve their rights, and represent them before the court.

At the Guantánamo Bay military commissions, where I observed pre-trial hearings last week, things are not so simple.

Take the prosecution of Ramzi bin al Shibh, one of the five detainees being tried for his alleged role in the 9/11 attacks. At least four legal teams are now directly involved in Mr. Shibh’s case. They include not just the prosecution and defense teams, but also two additional sets of lawyers, each charged with investigating highly fraught issues of fairness and procedure that have arisen in this unique military commission system. These additional legal teams are necessary to address yet another problem of the government’s own creation.

First, we have a special litigation team from the Department of Justice, examining whether Mr. Shibh’s defense was compromised by the FBI’s secret infiltration of his legal team. As you’ll remember, hearings were stalled in April, when lead counsel for Mr. Shibh revealed that his team had been under ongoing FBI investigation and that members of the defense were recruited as FBI informants. Last week, the proceedings were again derailed while the DOJ’s special litigation team advised the commission judge – without explaining what the FBI was even investigating – that the investigations had ceased and could no longer impair the detainees’ representation or their attorney-client relationships. (Some of the detainees’ lawyers cried foul, arguing that past probes continue to wreak havoc on their defense.)

Second, we have an independent defense counsel appointed to help Mr. Shibh understand the DOJ team’s report and decide for himself whether his defense has been compromised and if he needs new counsel. Frustratingly, the DOJ’s special litigators refused to share any details about the probes, so the prosecution and defense teams, as well as the public, are left to speculate about the nature of the FBI investigations and the extent of their reach. Without information about the risks and potential conflicts of continued representation, Mr. Shibh’s own lawyers cannot advise him on this issue. In the meantime, everyone must wait for independent defense counsel to get full disclosure from the DOJ special litigators in order to advise Mr. Shibh about whether he needs a new defense team.

So why all these layers of lawyers?

They’re the direct result of external government agencies’ secret tampering in this case. And extra lawyers – “shuffling in and out of the courtroom,” as defense counsel Walter Ruiz describes it – are costly to the 9/11 prosecution itself. For example, the last three commission hearings were consumed by side-litigation to discover how much damage has been done by the FBI and other agencies operating in the shadows of military justice.

During last week’s proceedings, there was much discussion from the prosecution team about the need to avoid delay. But the reality on the ground at Guantánamo is that an unfair, unbalanced playing field gives carte blanche to outside influences to derail the commission’s proceedings, resulting in more litigation, parallel investigations, extra lawyers – and increased delays. That’s on top of the additional legal challenges resulting from the government’s rejection of federal courts’ more equitable system of justice in favor of military commissions. In the end, of course, history judges trials not by how quickly they convict people, but how fairly they arrive at their result.

In this instance, again, delay becomes necessary to achieve some greater measure of fairness. Unfortunately, we’re still very far away from that.