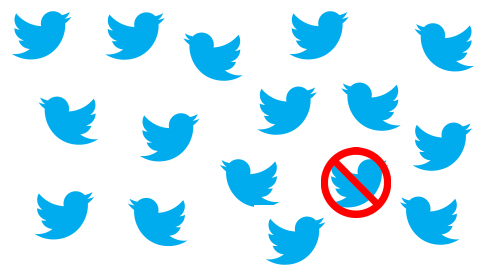 With one major exception, the Roberts Court has been quite protective of unpopular (and even revolting) speech under the First Amendment. That exception, however, is a doozy. It involves a statute criminalizing “material support” for terrorism, and the danger of the law was on stark display this week with reports of a petition to hold Twitter responsible for allowing Hamas to use the service.

First, some background. In 1996, Congress enacted a law that made it a crime to provide “material support” for terrorism. As defined, “material support” included tangible and intangible property, and “services,” including financial assistance, training, lodging, harboring, providing false documents, etc., and excepting medicine and religious material. In 2001, the Patriot Act expanded the law to include “expert advice or assistance,” which prompted many to argue that the already overly broad law had been expanded to indisputably cover core, constitutionally protected speech.

In 2009, the Supreme Court considered a challenge to the statute by several human rights groups hoping to support the humanitarian and political activities of Tamil and Kurdish militant groups, which had been designated by the State Department as terrorist organizations.

The decision made a little history—and not in a good way. You see, there are two ways the government can constitutionally restrict speech. On the one hand, the speech can fall into one of a small number of “exceptions” to the First Amendment like obscenity, defamation or fraud. On the other, Congress can restrict speech when, to oversimplify, the government has a really good reason (when the restriction is “narrowly tailored” to meet a “compelling government interest”). The material support case is one of only two where the Supreme Court upheld a blatant, “content-based” speech restriction under the latter analysis, referred to as “strict scrutiny.” The other, campaign finance restrictions, has since been overturned (and involved the complicating factor of corporate speech), and there is a third case, involving speech at polling places, but the strict scrutiny analysis there was only applied by four justices.

Now back to Twitter. An evangelical group called “Christians United for Israel” has launched a petition asking that the “U.S. Attorney’s Office . . . ban” Hamas from Twitter under the theory that Twitter is providing a “service” to Hamas—a designated terrorist group—under the material support statute (namely “communications equipment”). “Communications equipment” is not defined in the statute (nor in federal law generally, as far as I can tell), and it’s not insane to argue that it encompasses remote infrastructure that permits an individual or group to micro-blog on the internet (though it’s also arguably true that they’re not providing physical “equipment” per se, merely data and storage).

It’s a little unclear what Christians United is asking—do they want the Justice Department to demand that Twitter ban Hamas, or do they want a prosecution? But the fact that the plain language of the statute could even conceivably reach Twitter in this context shows why the law is arguably the most dangerous speech restriction on the books today, and why the Supreme Court’s decision in Holder v. Humanitarian Law Project was such an unfortunate departure from the Court’s relatively positive track record on controversial speech. Say what you will about Hamas, but I don’t think it benefits American public discourse to censor their Twitter feed, nor do I think merely providing Hamas with an outlet furthers their organizational goals (and, indeed, may do the opposite for many who find their views repellent).

One other aspect of this story raises hairs on the back of the neck. Professor David Cole at Georgetown, who litigated Humanitarian Law Project, noted that Twitter is “for all practical purposes” a common carrier, meaning it would not be responsible for illegal conduct by its users. That is absolutely right, but the scary caveat there is “for all practical purposes.” Practically doesn’t mean legally, and Twitter is not legally classified as a common carrier under telecommunications law. Further, the various laws governing intermediary liability on the internet wouldn’t trump criminal material support for terrorism. Section 230 of the Communications Decency Act (the part that survived Reno v. ACLU) only insulates online intermediaries from liability for illegal content (and this content isn’t illegal), and, in any event, doesn’t apply to crimes. In sum, there is an argument that Twitter is providing material support to Hamas by simply hosting its feed . . . and that should frighten the daylights out of all of us.

Fortunately, there may be two counterarguments based on limiting language in Humanitarian Law Project. First, the Supreme Court there made it clear that independent advocacy, even if in support of the ends of a terrorist group, would not be material support. The Court reasoned that the definition of “service” in the statute requires something done at the command of another. So, in the context of providing “communications equipment,” one could argue that the “service” has to be something like renting a satellite phone (not passively providing data and hosting services). For de facto common carriers like Twitter, open to all, the provision of service is not “coordinated” in the way the Court seems to argue is necessary, and it certainly does not suggest “support” in the sense of concerted activity in furtherance of the goals of the designated terrorist organization.

Second, the decision limits itself narrowly to the facts of the case (namely, direct political and humanitarian guidance), and notes that not every application of the material support statute will survive First Amendment scrutiny. Though I think this would be a case of first impression, providing a Twitter feed (or a Facebook page or a Google link) should be totally immunized from criminal liability.

In any event, if we truly believe in the marketplace of ideas, we cannot block the public distribution of potentially offensive ideas (different story for incitement to violence or speech integral to criminal activity, which nobody has shown me are at issue here). The fact this is even an arguable case, as I’ve outlined above, should be of great concern to us all.