Happy Birthday, FOIA: The Myths and an Unlikely Hero Behind the Origin of the Freedom of Information Act 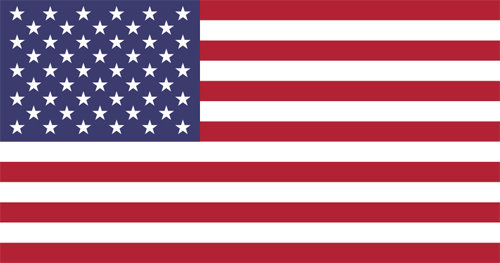 July 4 marks the 46th birthday of the Freedom of Information Act. President Lyndon Johnson signed the historic law on July 4, 1966, at his ranch in Texas. FOIA has become a cornerstone of American democracy, making it possible for Americans to find out what their government is doing and to hold it accountable for its actions.

The ACLU alone has obtained literally over a hundred thousand pages of documents exposing constitutional and legal abuses since 9/11, under both the Bush and Obama administrations. FOIA, moreover, established a model for state freedom of information and public records laws.

The origins of FOIA, however, are surrounded by myths and forgotten (and, in one case, surprising) heroes.

One persistent myth about FOIA is that Johnson tried to bury the news about the new law. This has led to the grim joke that the first act under the law was to cover up the law itself. Fortunately, this story is not true. LBJ signed the law while vacationing, and issued a Signing Statement. The story was reported in The New York Times on July 5, hardly a cover-up. It is true Johnson opposed the act and probably signed it to avoid the political costs of not doing so. Nonetheless, he allowed the bill to become law.

In his Signing Statement, Johnson also supported a national security exception to FOIA, arguing, “There must be military secrets.” Additionally, he also stated the bill “in no way impairs the President’s power under the Constitution to provide for confidentiality when the national interest so requires.” No president before or after has ever rejected the national security exception. Some presidents have been relatively more open and others relatively more secretive, but all have claimed the constitutional power to keep at least some information secret.

One of the ironic champions of FOIA was the Republican co-sponsor, a young Congressman from Illinois named Donald Rumsfeld. So proud was Rumsfeld of his achievement that he wrote Johnson to express his “sincere appreciation” for signing the bill. As Defense Secretary for George W. Bush 35 years later, of course, Rumsfeld served arguably the most secretive presidential administration in American history.

The real – and regrettably forgotten – hero of FOIA was Rep. John E. Moss, a liberal California Democrat who served in the House for 13 terms, from 1953 to 1979. He was never defeated in any election.

Moss’s campaign for open government began on November 7, 1955, when he conducted public hearings on government secrecy. If July 4 is the birthday of FOIA, November 7 is certainly its moment of conception. Interestingly, a Cold War issue stimulated his concern about secrecy. In 1953, he asked the Civil Service Commission for information about the reported 2,800 people that lost their jobs because of the Federal Loyalty Program. The commission denied him that information. Intrigued, Moss asked the House to create the Special Subcommittee on Government Information, which it did in 1955, selecting him as its chair.

Moss quickly found that the habit of secrecy had grown unchecked in federal agencies. The Civil Service Commission told him it had “inherent power” to withhold information. Even the Migratory Bird Conservation Commission kept some of its reports secret. And in 1957 the Pentagon’s general counsel interrupted a Moss hearing three times with tirades against challenges to secrecy.

Moss’s persistent badgering of presidents and federal agencies finally bore fruit in 1966 with FOIA. Forgotten by all but a few Americans, Moss is today honored by the John E. Moss Foundation and the John E. Moss Federal Building in Sacramento, California. He is a true American hero who deserves more public recognition for his great contribution to the democratic process.

Samuel Walker is a professor at the University of Nebraska at Omaha and author of the just-published ‘Presidents and Civil Liberties From Wilson to Obama: A Story of Poor Custodians’ (Cambridge University Press). His web site is http://samuelwalker.net.