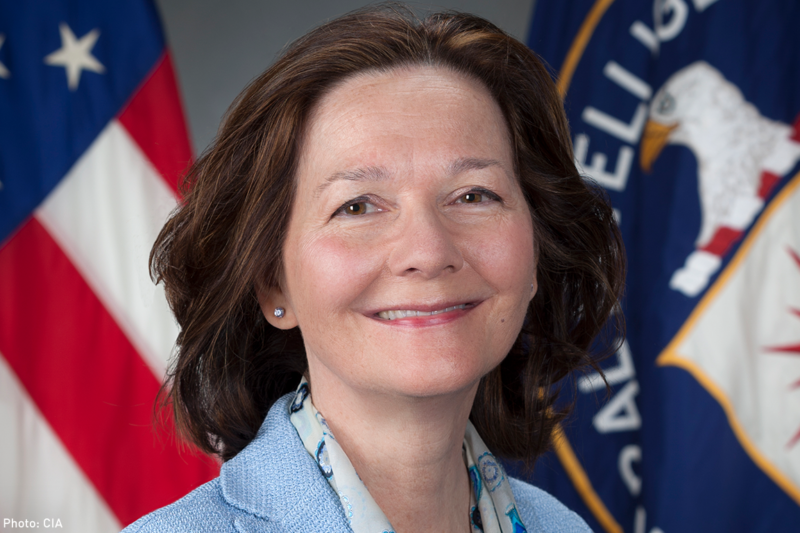 As we approach the confirmation hearing on Wednesday for Gina Haspel, Donald Trump’s pick to head the CIA, the agency continues to hide from the American public virtually all information about her role in torture and the destruction of evidence documenting it.

According to The Washington Post, Haspel even sought to withdraw her nomination out of concern about questions that she and the CIA have long avoided. Later reporting has suggested that Haspel’s withdrawal was motivated by concern that the White House wouldn’t fully back her in light of documents showing her unquestioning complicity in torture. As public scrutiny mounts, CNN reports that the Trump administration is already getting a Plan B nominee, Susan Gordon, the deputy director of national intelligence, ready if the Haspel nomination fails.

Although Haspel decided to move forward with the confirmation process after persuasion by White House officials, there is no indication that she has any intention of coming clean about her history helping lead the CIA’s Bush-era torture program. Instead, the CIA is doubling down on a propaganda campaign on Haspel’s behalf, pushing what several senators have called a “superficial narrative” that “does a great disservice to the American people” by denying them basic information about a person poised to assume one of the most powerful roles in the country. According to the Washington Post, “documents that haven’t been made public, show that Haspel was an enthusiastic supporter of what the CIA was doing.” Those are documents that the American people need to see.

We fully expect that Haspel will try to deflect attempts to get to the bottom of her record by relying on tired defenses that have no basis in law or history. Here is the truth behind some of the defenses we can expect to hear this week from torture defenders.

No one could have believed in good faith that the CIA’s torture program was legal.

Since the founding of the United States, our laws have unequivocally prohibited the use of torture and cruelty to extract information or inflict punishment. The U.S. has also signed the Convention Against Torture and the Geneva Conventions, both of which categorically prohibit the use of cruel treatment and torture, and has long had criminal statutes that prohibit conduct like assault and homicide. As courts have made clear, “it is beyond the power of even the President to declare such conduct lawful.”

Nonetheless, a common talking point among CIA torture apologists is that a secret Justice Department “torture memo” that opined that the CIA program was lawful was somehow a license to torture. It was not. All criminal laws still applied to CIA personnel operating in CIA-run facilities overseas.

Anyone who personally witnessed the CIA torture program in action, as Haspel did, would know that it entailed the brutal abuse of helpless prisoners. Haspel knew that prisoners she was responsible for were kept for days chained to the ceiling, naked or in diapers, then slammed face-first into walls, subjected to near-drowning and relentless physical assault, deprived of food and sleep, forced into excruciating stress positions, and stuffed into coffin-like boxes.

Contemporaneous CIA cables describe how the human beings subjected to the CIA program visibly trembled and shook, suffered “involuntary stomach and leg spasms,” became “distressed to the level that he was unable to effectively communicate,” “cried, begged, and pleaded; finally becoming hysterical.” After receiving an interrogation plan for a prisoner who had been tortured under Haspel’s supervision, the CIA chief of interrogations sent an email to colleagues in which he wrote, “This is a train wreck [sic] waiting to happen,” he wrote, “and I intend to get the hell off the train before it happens.” No ordinary person could believe this was lawful.

Those involved with the torture program were desperate to cover up what they were doing.

The CIA’s efforts to hide Haspel’s involvement in torture are only the most recent example of the agency’s obsessive attempts to cover up the clearly unlawful program. In fact, the entire torture program was based on the CIA’s belief that it could keep torture secret forever.

Several of the most chilling documents the ACLU has acquired in various lawsuits over the years show the extraordinary lengths the CIA was willing to travel to hide what it was doing. In a series of cables sent back and forth between CIA torturers at a “black site” in Thailand and agency leadership in Langley, Virginia, both sides agreed to cremate the body of a prisoner, should he die from torture. That would eliminate the evidence. But the torturers were worried that, if the prisoner survived, he might one day reveal what the CIA had done to him. So they demanded “reasonable assurances” that the prisoner “will remain in isolation and incommunicado for the remainder of his life.” CIA headquarters readily agreed that the prisoner “will never be placed in a situation where he has any significant contact with others.”

Haspel went on to oversee the interrogations at that black site. The detainee, Abu Zubaydah, remains at Guantánamo, largely “incommunicado.”

Many in the CIA were similarly worried when they discovered that there was videotaped evidence of the very torture that the CIA wanted to hide. Among those most concerned about the tapes were Haspel and her boss, Jose Rodriguez. Both were reportedly obsessed with getting rid of this evidence, and they actively lobbied CIA lawyers to sign off on destroying the tapes.

Eventually, the tapes were destroyed without securing permission.

Destroying evidence is illegal, no matter how many CIA officials sign off on it.

Haspel’s main defense for her key role in destroying dozens of videotapes of CIA torture sessions is her claimed belief that her boss, Jose Rodriguez, would get permission from then-CIA Director Porter Goss. As it turned out, Rodriguez didn’t even attempt to secure this permission. But even if the CIA director had signed off on destroying evidence, that wouldn’t make Haspel’s actions legal.

At the time that Haspel wrote a cable instructing that the videotapes be destroyed in an industrial shredder, multiple court orders required the CIA to preserve and turn over tapes of prisoner abuse. Congressional oversight committees were engaged in a formal inquiry and had informed the CIA that destroying the tapes “would reflect badly on the agency.” Nonetheless, the oversight committees were not informed that the CIA intended to destroy evidence of the program.

Perhaps most importantly, destruction of evidence is a federal crime. And no one, not even the director of the CIA, can authorize subordinates to commit felonies — no matter who ultimately signs the permission slip.

The other person responsible for destroying the torture tapes, Jose Rodriguez, has admitted under oath that he wanted the tapes destroyed because they “would make the CIA look bad” and “almost destroy the clandestine service.” 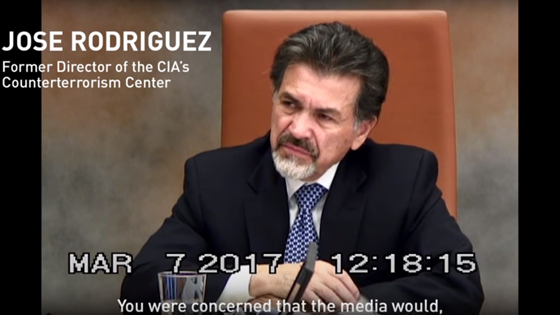 With that principle in mind, it’s worth remembering that not everyone in the CIA or the government went along with torture. As President Trump pushes forward a nominee who stood for torture, it’s worth thinking of those individuals within government who had the courage to stand up against it. Theirs are the moral standards that a CIA director nominee should embody.