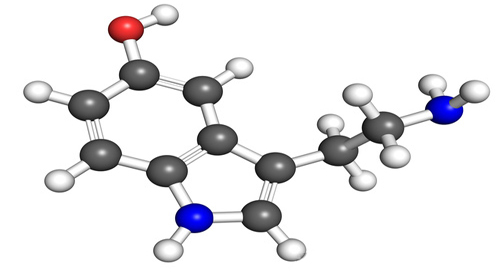 When the TSA in 2010 introduced the swabbing of some passengers’ hands to detect for explosive residue, we got a call from CNN asking if we’d tell them on camera what we thought of it from a privacy standpoint. It seemed to us that particle sniffers particularly tuned to detect explosives were not a significant invasion of privacy, and that the intrusion of having a government agent swab one’s hand was not significant. Especially in comparison to many of the other airline security measures then (and still) being pushed by the TSA, this was a measure that seemed to represent a good balance between effectiveness and intrusiveness.

But we have learned all too well that if something can be abused, it probably will be abused, so in our role as watchdogs we tried to anticipate any problems that might arise. As CNN wrote in their story (the video is here):

Stanley said the ACLU is chiefly concerned that the TSA does not discriminate when selecting people for enhanced screening—something the agency said it does not do—and that it treat people with dignity.

“We would not want to see it implemented in a discriminatory fashion, for example, in a disproportionate way against Muslims and Arabs or, for example, people with red hair or anything else. Security experts from across the spectrum will tell you that that’s not just unfair and unjust and not the American way, it’s also a terrible way to do security,” Stanley said.

Swabbing also should not be used to test for nonsecurity-related contraband, such as drugs, he said. “Under the Constitution, searches in airports are only for the purpose of protecting the security of airline transportation; they are not general law enforcement stops. And so it wouldn’t be permissible for the government to use these trace portal detectors to look for drugs,” Stanley said.

In short, we added three caveats to our endorsement: no discrimination, only test for explosives, and don’t treat people like criminals just because the machine says they’re a positive. What I said on that third point is that these machines are known to generate false positives when detecting traces of certain everyday substances such as heart medicines and fertilizers, that positive results of these tests are likely in almost all cases to be false positives, and that travelers who are the subject of such positive results should not be treated as presumptive terrorists or otherwise treated poorly. (CNN summed up this point as “treat people with dignity.”)

Now, via Gawker, comes an account (laid out in an extensive blog entry) that suggests at least two of our fears were not misplaced.

According to Aditya Mukerjee, a New York City scientist, he was traveling to Los Angeles for a vacation with his family when a TSA swab of his hand turned up positive (later conjectured to be due to contact he’d had with some bed-bug spray). As a result, he was detained for four hours; interrogated repetitively throughout that time by agents from the TSA, the NYPD, DHS, the FBI, and JetBlue security, among others; interrogated about his religious beliefs and practices; and denied access to food or water, despite repeated requests for water.

Of course, unlike many incidents we’ve seen, in which people are questioned on no basis whatsoever, Mukerjee did trip up a particle detector, and so it may have been reasonable that he was subjected to some additional search.

But reporters should ask the TSA whether the average American who happens to trip up a swab because they’ve come into contact with particles of one kind or another that generate false-positives should expect to undergo this kind of treatment.

If the answer is yes, that’s bad news and Americans need to know it. If the answer is no, then that just confirms what seems clear according to Mukerjee’s account: he was the victim of discrimination because of his ethnicity. Although he is a Hindu, some of his interrogators made clear they thought he was Muslim. He writes that an FBI agent told him,

“You’ll have to understand, when a person of your… background walks into here, travelling alone, and sets off our alarms, people start to get a bit nervous. I’m sure you’ve been following what’s been going on in the news recently. You’ve got people from five different branches of government all in here—we don’t do this just for fun.”

Invasive questioning of perceived Muslims about their religious beliefs and practices is an abuse we have long seen at the border.

As Gawker examines in more depth, although Mukerjee was eventually cleared by the government agents, he was also denied boarding by JetBlue and had to book an expensive last-minute flight on another airline.