How the Phone Dragnet Slipped Through Cracks in Oversight 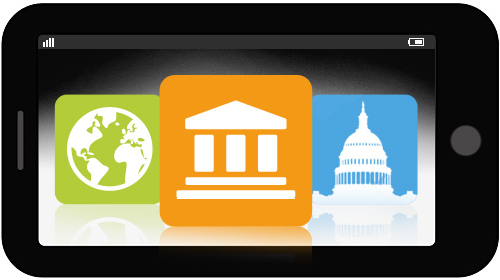 Last week, the Privacy & Civil Liberties Oversight Board (PCLOB) issued a scathing report about the government’s use of Section 215 of the Patriot Act to collect the phone records of every American for the last seven years. While much attention has rightly been paid to the Board’s ultimate recommendation that the government end this bulk-collection program, the report also gives a comprehensive factual account of how the program began.

In doing so, the report undermines one of the crucial pillars of support often cited by the program’s defenders: that the continued involvement of the Foreign Intelligence Surveillance Court (FISC) in overseeing the call-tracking program means that the program is lawful and subject to rigorous oversight. In fact, the PCLOB’s account makes clear that until August 2013 — more than three months after Edward Snowden publicly exposed the mass call-tracking program, and more than seven years after the program began — no judicial opinion had analyzed or explained why the program was lawful.

The FISC’s failure to document until last year why it believed the most pervasive domestic-surveillance program in American history was lawful and constitutional is a telling sign that our system of checks and balances fundamentally breaks down when our courts operate in secret.

As the PCLOB’s report explains, shortly after 9/11, President Bush authorized the warrantless collection of the contents of certain American phone calls. He also issued orders directing the NSA to collect Internet metadata — effectively, the “to,” “from,” and “subject” lines of our emails, as well as links accessed by our web browsers — and the telephony metadata we’ve all heard so much about since Snowden’s leak last June. The collection of this information continued for years without judicial or congressional approval (or, largely, awareness).

In 2004, faced with internal dissent about the legality of certain of these surveillance programs, the executive branch “transitioned” the Internet-metadata program to the supervision of the FISC. The court issued a lengthy opinion holding that the bulk collection of Internet metadata was lawful under the Foreign Intelligence Surveillance Act’s (FISA) “pen register and trap and trace” provision, which allows the collection of metadata from the phone and email accounts of individuals suspected of terrorism.

But the pen-register statute does not authorize collection in bulk. As Professor Orin Kerr has explained, the pen-register statute was “written for the micro scale, not the macro scale”; because it is plainly aimed at narrow collection, its protections are correspondingly minimal. As Kerr wrote, “The statute offers such little privacy protection because it was designed to have such limited use.”

Even worse, two years later, the FISC relied on its flawed Internet-metadata opinion to approve the government’s attempt to shoehorn its ongoing bulk collection of call records into a different provision of FISA — Section 215. But again, the bulk-collection shoe doesn’t fit. As the ACLU has argued in ACLU v. Clapper, our constitutional challenge to the phone dragnet, the argument that Section 215 authorized the mass call-tracking program is an exercise in nothing less than “statutory alchemy” because it distorts the plain meaning of statutory terms such as “relevance.” And because no party opposed the government’s phone-dragnet application, the FISC didn’t even consider until years later certain arguments about why Section 215 did not authorize the program.

Moreover, the PCLOB report confirms what the indispensable national-security blogger Marcy Wheeler suggested months ago: that the FISC did not even analyze Section 215 in writing until August 2013 — more than seven years after the phone dragnet began.

The significance of that fact is no small thing. Our nation’s legal tradition is founded on the principle that courts apply the law to the specific facts before them and generally memorialize their reasoning in written opinions subject to examination by both the public and other courts. That scrutiny enhances judicial decision-making by incentivizing courts to carefully consider the arguments for and against a given result.

That the FISC failed to justify the phone dragnet before last year is another reminder that the FISC’s structure, and its foundation of secrecy, cannot provide those incentives, and that the system of intelligence oversight envisioned when Congress passed FISA in 1978 is in need of fundamental reform.