How the Supreme Court Could Have Ruled in Riley 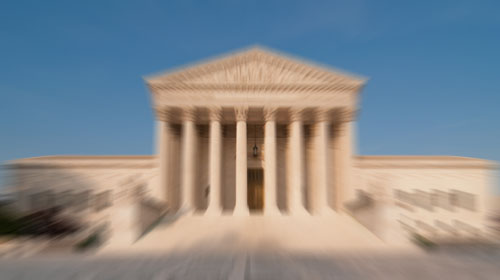 Privacy advocates are celebrating the Supreme Court’s recognition in yesterday’s Riley v. California ruling that, as some have succinctly put it, “digital is different.” Chief Justice Roberts’s 9-0 opinion in the case is straightforward and persuasive. But a case that the ACLU argued last year shows just how differently things could have turned out.

In the case, Abidor v. Napolitano, we challenged the suspicionless search and seizure by Customs and Border Protection of our client’s laptop, cell phone, and other electronic devices. The government argued that customs officials have always had the power to engage in suspicionless searches of individuals’ belongings at the border, and that this longstanding rule applies to electronic devices as well. We argued that digital is different. Because of the unprecedented amount of personal information people carry on electronic devices, searches of those devices should require a higher standard, even at the border. The historical rules governing searches did not evolve based on the realities of digital data and as a result do not adequately balance different values.

But in Abidor the judge ruled against us, finding that laptops are simply analogous to other closed containers. He also wrote that travelers need to ask themselves whether it’s “really necessary to have so much information accessible to you on your computer.”

The government wanted the Supreme Court in Riley to take the same position. As Linda Greenhouse points out, Solicitor General Donald B. Verrilli Jr. argued that

Cell phones do not raise qualitatively different privacy concerns than items that the police have always had authority to search incident to arrest, such as letters, diaries, briefcases, and purses. Evidence of crime should not be insulated from traditional review because the arrestee maintains it in a technologically sophisticated form.

The government wanted the court to remain pinned to crimped, out-of-date analogies in order to preserve its powers. But instead of narrow legal fictions, we got a decision that broadly and pragmatically recognized the realities of modern life and applied our Fourth Amendment to those realities in a rational and balanced way. The Abidor decision reminds us of what the alternative could have looked like.

And that is the best thing about this decision. There will be much speculation in coming weeks and months about the specific legal implications of the decision, but those are always uncertain. Riley (along with the U.S. v. Jones GPS case) is above all a demonstration that the court can genuinely and honestly confront the novelty of today’s technology, and offers hope that it will continue to do so as it tackles the many novel privacy issues created by that technology.