"If the Law Does Not Protect Jose Padilla . . . It Protects No One" 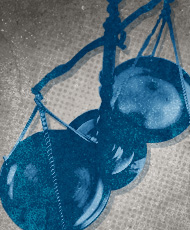 In February, a federal district court in South Carolina dismissed our lawsuit on behalf of American citizen Jose Padilla against Donald Rumsfeld and other current and former officials, saying the former Secretary of Defense was entitled to “qualified immunity” for his role in the arbitrary detention and torture of Padilla. Today we appealed that dismissal to the 4th Circuit Court of Appeals.

As you might recall, Padilla was arrested in March 2002, held without charge for four years in a South Carolina military brig and without access to a lawyer for two years, and was tortured to the point that brig authorities described his behavior (or lack thereof) as “like a piece of furniture.” The Bush administration first claimed that Padilla was plotting with al-Qaeda to detonate a radiological “dirty bomb” in a U.S. city, but no evidence of such a plot has ever been presented. A maze of several legal proceedings, including one trip to the Supreme Court and back again to lower courts, landed Padilla where he is today.

In a statement today, Ben Wizner, litigation director of our National Security Project, said: “If the law does not protect Jose Padilla — an American citizen arrested on American soil and tortured in an American prison — it protects no one.”

Learn more about torture and detention: Sign up for breaking news alerts