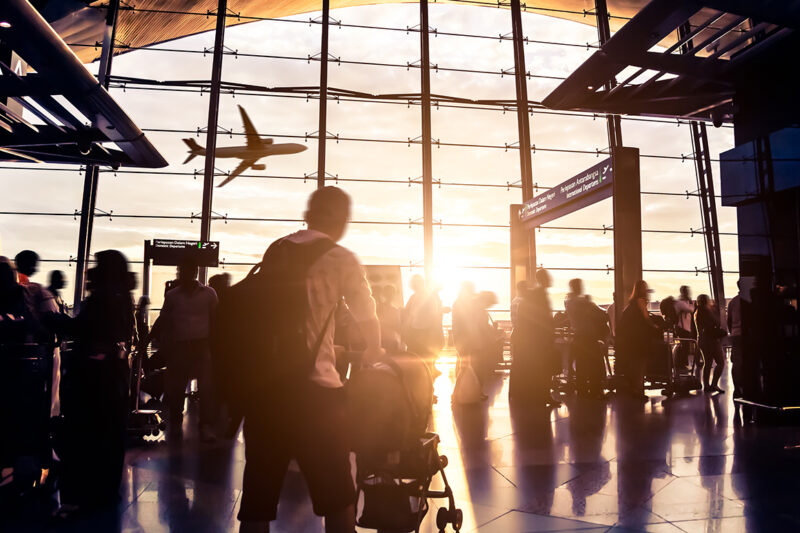 This piece originally ran on Vox.com.

“You’re on the no-fly list,” the woman at the kiosk told me. It was a Wednesday, six years ago, at Midway Airport in Chicago. I was traveling to Spokane, Washington, for my job as a dog trainer.

I had absolutely no idea how I could have ended up on the No Fly List. I waited for Ashton Kutcher to come out and tell me I was being Punk’d. No luck.

At least 30 federal agents swarmed me. They didn’t handcuff or manhandle me, but the sheer number of them was intimidating. I was in a state of shock, looking at them confusedly. Their expressions turned puzzled, too, when they noticed my Marine Corps shirt.

But being a veteran didn’t save me: The mob of agents led me into a private room for questioning.

I was certain there was a mix-up, and I wanted answers. How did this happen? When could I fly again? How did I end up on the list?

“Even if I knew the answers, I wouldn’t be able to tell you them,” said one FBI agent.

The questioning at the airport was brief, and they eventually let me go.

But it was just the beginning of a hellacious four years of anxiety and uncertainty.

I drove home to tell my wife the awful news that I’d been added to the No Fly List for some reason unknown to me. A mere 15 minutes later, I got a phone call. It was two federal agents asking if they could stop by my house to talk. I couldn’t really refuse.

That’s when the real interrogation began. Who is your mother? Who is your father? What’s your religion? My mom is Italian, and my father is Palestinian. You can guess which parent they were more concerned with.

I’m Muslim, which opened up a whole other line of invasive questions, including whether I used social media, whether I communicated with people outside of the United States frequently, and the number of bank accounts I had. What only lasted for an hour and a half felt like an eternity.

Officials were leapfrogging over my right as a US citizen to have due process under the law, a right I defended when I served this country as a Marine.

For a few months, there was radio silence from law enforcement. Then, out of the blue, I got a random phone call again from the same two agents. They invited me to Chicago for lunch and to answer any questions I had. The only question I had was if I was off the list.

The conversation seemed hopeful, so I agreed to meet them. They met me in their hotel lobby and invited me upstairs. There was no lunch. “We can get you off the list today,” they said.

One caveat — they could get me off the list if I agreed to become an informant at mosques.

I’m no James Bond. I have a wife and four kids. Why would I go undercover as a bargaining deal to be taken off the list when I hadn’t done anything wrong in the first place? I thought that in a few months the government would realize they’d made a mistake about me.

The encounter in the hotel room was a breaking point — I contacted the American Civil Liberties Union and lawyered up.

The worst thing about being on the 81,000-person No Fly List, which the government says is intended to keep “known or suspected” terrorists from boarding commercial flights, is that I may never know why I was on the list.

Until last year, the only way for Americans to find out they were on the list was to suffer the embarrassment of being barred from boarding their flight. I wasn’t allowed a hearing in which I could make my case or even ask why I was being banned from flying.

The federal government says it uses “reasonable suspicion” to determine if someone should be on the list. In other words, I may have been placed on the list because the government was suspicious of me, but they wouldn’t tell me why. Officials were leapfrogging over my right as a US citizen to have due process under the law, a right I defended when I served this country as a Marine.

Being blacklisted by the federal government hurt my business and my personal life. My job as a traveling dog trainer was limited to bookings that I could drive to in and around Illinois. My ads were posted nationwide, so I constantly had to turn down clients who lived beyond driving distance. Being limited to where I could drive for work translated into the loss of thousands of dollars.

Family vacations were ruined. What would’ve been a two-hour flight to Orlando when I took the kids to Disney World turned into a two-day car ride. I missed out on other important events: my sister’s graduation in Hawaii. (I couldn’t take a boat there.) The wedding of a fellow Marine in Boston. The funeral of a friend from high school.

My loved ones understood why I couldn’t make it. But those are all memories I missed out on that can’t be duplicated.

After the court ruled against the government in my lawsuit, officials finally disclosed that I was no longer on the No Fly List in a court filing in October 2014, nearly four years after that terrible day at Midway. But it also made clear that I could be added back at any time — today or tomorrow, without any notice and without telling me the reasons why. And I still have never been given an answer for why I ended up on the list.

I exercised my newfound freedom and booked a trip to New York City with my son. We visited the Statue of Liberty. It reminded me of the values this country stands for.

As of late, I’ve been able to keep my business going, but I’m still frustrated by those four years. I know I’m innocent.

The No Fly List is inherently flawed. I didn’t do anything wrong, but I was on the list for years. It took a major lawsuit to get confirmation that I’d been taken off the list. How many other innocent people have been blacklisted and not removed? It’s like the powers that be are playing games with people’s lives.

For four years, I was presumed guilty until proven innocent. Despite all the questions I answered for officials, mine has never been answered: why?

— as told to Vox’s Elisha Brown