It Sure Sounds Like the NSA Is Tracking Our Locations 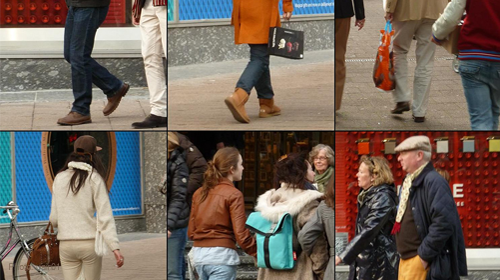 The drumbeat of “non-denial denials” is getting louder as the NSA continues to refuse to directly state whether it is using cell phone information to track Americans’ whereabouts. When NSA Director Lt. Gen. Keith Alexander was asked again about the NSA’s cell phone location tracking on Thursday — at a hearing before the Senate Select Committee on Intelligence — this is how the exchange went:

Senator Wyden: About two dozen other senators have asked in the past whether NSA ever collected or made any plans to collect Americans’ cell site information in bulk. What would be your response to that?

Now, that might seem like a clear and unequivocal answer, but even Senator Wyden didn’t buy it. He called out General Alexander for trying to qualify his response by limiting it to NSA data-gathering “under Section 215”:

General Alexander’s reaction? He dodged the question again and then finally indicated that the real answer is classified.

General Alexander’s response is the latest in a long line of carefully crafted denials, which together suggest that the NSA has collected Americans’ location information in bulk. In letters, congressional testimony, and media statements over recent months, intelligence officials have used virtually the same language, qualifying their denials by saying that location data isn’t being gathered “under Section 215” of the Patriot Act or “under this program” (referring to the recently disclosed mass call-tracking program).

These answers only invite the question: If not under “this” program, under which program is the NSA getting our cell phone location data? The NSA has earned a reputation for cagey wordplay, and this exchange only serves to further confirm that pattern of evasion and doublespeak.

The notion that the NSA is storing Americans’ location information in its databases is an alarming one. Long-term location data can be highly sensitive and revealing — and many of us carry around a device that transmits this information with great precision, 24 hours a day. The resulting stream of data provides a record of trips to places of worship, political protests, or gun ranges, all of which can be powerful indicators of individual beliefs. The same data can tell the government what doctors you visit, how often you go to the drug store, and who your friends are. The longer the time period covered, the more detailed the picture gets, allowing the government to mine larger and larger datasets for patterns revealed by the map of one’s movements.

As the Supreme Court recognized last year in United States v. Jones, the collection of location data on this scale can amount to an invasion of privacy, triggering constitutional protections. But the big picture is even more disturbing. When an individual’s information is aggregated with that of millions of others, the map of all of our movements and associations grows even more complete, allowing the government to pinpoint our social contacts, professional meetings, intimate encounters, and fellow political activists or religious congregants.

The NSA should not be tracking the everyday whereabouts of ordinary Americans — its mission is the collection of foreign intelligence. But the NSA’s hunger for location data, if true, hardly comes as a surprise. Law enforcement agencies around the country have increasingly coopted new technologies to track and store Americans’ movements using cell phone signals, automatic license plate readers, and GPS tracking devices.

As electronic surveillance gets easier and cheaper, we need legal safeguards that protect our privacy from government overreaching more than ever. That includes strict application of probable cause and warrant requirements for the long-term collection of location data, a standard the ACLU has urged both the courts and Congress to adopt. It also means full disclosure and public debate of the NSA’s authority to track Americans as they go about their daily lives. The public deserves a straight answer from the NSA on its bulk location tracking.