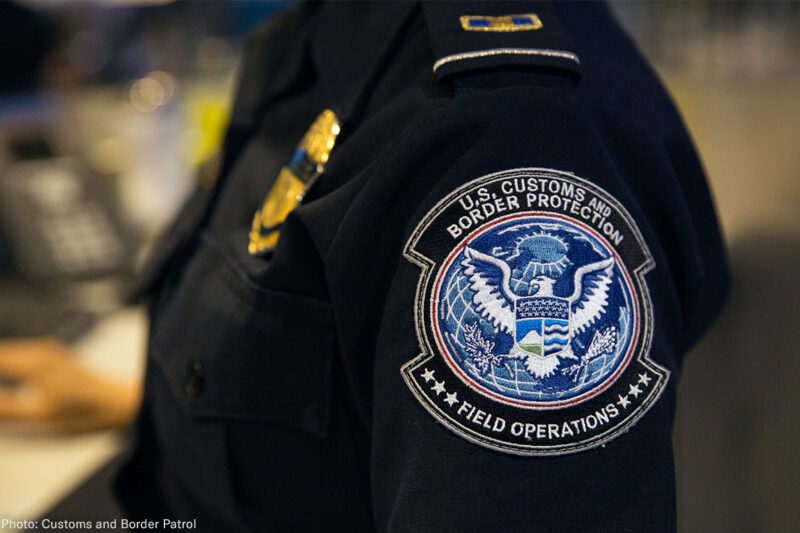 An American family that underwent a harrowing detention at the hands of U.S. Customs and Border Protection can now seek some measure of justice. That’s the result of a recent ruling by the federal judge presiding over the lawsuit we filed on behalf of Abdisalam Wilwal, Sagal Abdigani, and their four young children after a brutal experience at the U.S.-Canada border.

The Wilwal-Abdigani family was on the way home to the Minneapolis area from a trip to visit relatives in Canada when they pulled up to the border station at Portal, North Dakota. Shortly after they handed over their passports and birth certificates, CBP officers swarmed the family’s minivan with guns drawn, forced the father out of the car, and handcuffed him.

The officers held Abdisalam captive in the station for nearly 11 hours — handcuffed for the entire time. At one point during the detention, he passed out from lack of food or water, requiring medical attention. The officers held the rest of the family in the station for the same period of time, prompting Sagal to use her son’s phone to try to call 911 and report that she and her family were being held against their will at the border. The entire family was terrified, bewildered, and humiliated.

The CBP officers treated the family this way not because they believed that anyone in the family was violating the law or attempting to bring in contraband but because Abdisalam’s name appeared on a terrorism-related watchlist. He doesn’t know why he has been watchlisted, and the government refuses to tell him.

The government asked the court to dismiss the family’s lawsuit, arguing that the CBP officers’ actions were justified simply because the incident occurred at the border. The court rejected that argument.

This ruling is significant because the court reaffirmed what should be obvious: The Constitution protects us at the border. CBP officers frequently tell travelers, including U.S. citizens, that they don’t have rights at the border. They’re wrong. CBP officers can stop people at the border and conduct routine searches of their belongings, but they can’t use unreasonable force or hold people longer than necessary to complete the searches.

Judge Donovan W. Frank upheld that basic principle, writing that the “allegations — in particular, that CBP agents approached Plaintiffs’ van with their guns drawn and ordered Mr. Wilwal out of the van, handcuffed Mr. Wilwal in front of his crying children, and subsequently detained the entire family for nearly 11 hours — could lead a reasonable factfinder to determine that Plaintiffs’ detention was unreasonable.”

The ruling also helps shine a light on the role of the watchlisting system in border detentions. Placement on a watchlist — or what should really be called a blacklist — can have a range of serious consequences, including the kind of abusive treatment that the Wilwal-Abdigani family experienced. To make matters worse, the watchlisting system is a due process nightmare. The government uses vague criteria and an extremely low threshold to blacklist people indefinitely, without giving them any notice of the reasons why or a meaningful opportunity to respond to those reasons and clear their names.

In this case, the court recognized that we don’t forfeit our due process rights at the border. Abdisalam can now pursue his legal claims to force the government to tell him why it put him and his family through this ordeal — and prevent the government from ignoring the Constitution again in the future.