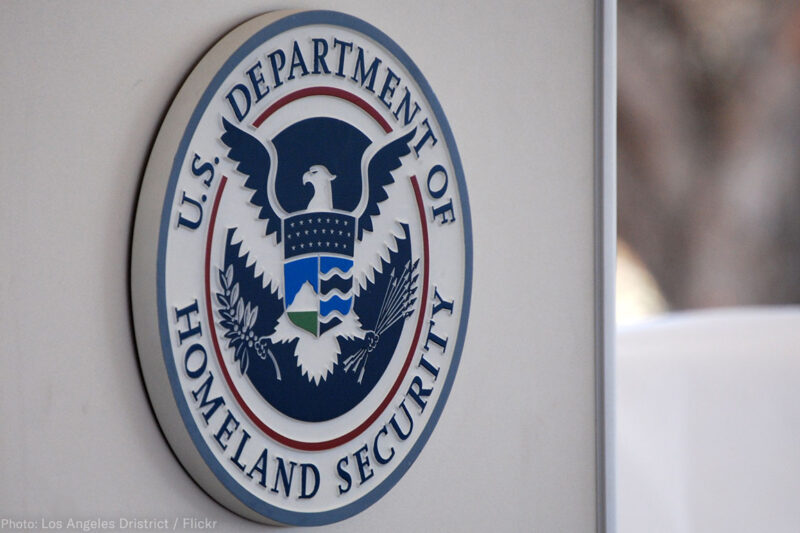 A recent draft report from the Department of Homeland Security called for the discriminatory surveillance of Sunni Muslims in the United States.

The report originated in U.S. Customs and Border Protection’s Office of Intelligence and was obtained and published by Foreign Policy magazine. It “examines 29 perpetrators of 25 terrorist incidents in the United States” that CBP “assesses were driven by radical Sunni Islamist militancy.” It concludes, based on the “common demographics” of those in the study, that the government should “continuously evaluate” those with similar characteristics in order to identify “individuals who might have a higher risk of becoming radicalized.” A CBP spokesperson stated that the report was an initial draft and has since been revised.

The report is nonetheless alarming. First, let’s dispense with the euphemisms: When CBP calls for “vetting,” “recurrent screening,” and “on-going evaluations,” it is talking about long-term surveillance. And that surveillance would be nakedly discriminatory: The report focuses exclusively on Sunni Muslims in the United States and identifies religion and national origin in the “Middle East, South Asia or Africa” as reasons to “continuously evaluate” those who meet the profile. It also oozes religious animus, referring without evidence or explanation to “the long-term difficulty for some Muslim immigrants to integrate into U.S. society,” and casting particular suspicion on “Muslim converts.”

Because this bias is baked into the report, its conclusions are nonsensical from a scientific standpoint. It analyzes only incidents involving what it calls “radical Sunni Islamist militancy” — ignoring other significant drivers of attacks, like violent right-wing extremism. It then concludes that those with characteristics similar to the 29 perpetrators should be surveilled. And even using this absurdly limited data set, the report still can’t identify meaningful trends or commonalities, leaving only what the attackers in the analysis shared: their Sunni Muslim identity. In other words, the report assumes its own conclusion, that Sunni Muslims, by virtue of their religion, should be subject to heightened surveillance. That’s the empirical equivalent of a dog chasing its own tail.

The premise of the report is also deeply flawed. DHS thinks it can identify people on a “path to radicalization” by scrutinizing their beliefs, speech, or backgrounds. But studies have debunked that theory. Despite decades of research, no reliable indicators can be used to predict who will commit a terrorist act. So the thinking underlying this report would lead the government to waste time and money surveilling and scrutinizing vast populations of innocent people because of who they are or where they come from.

The disclosure of this draft DHS report follows closely on the release of another deeply misleading report DHS issued with the Department of Justice, which inaccurately claims immigrants and foreign-born individuals are responsible for most terrorist attacks, and concludes that immigration must be restricted as a matter of national security. That report overlooked attacks by white supremacist groups, includes data from attacks that occurred overseas, and counts suspects who were extradited to the United States as “immigrants” for the purpose of its obviously political agenda.

Reports such as these are also serving as grist for “extreme vetting” — a set of dangerous and discriminatory initiatives propped up by cherry-picked information used to justify them. While details about these extreme vetting measures are still emerging, it is clear that they employ widespread social media and internet surveillance to flag people for deportation, border searches, or visa denials. The White House announced the consolidation of these programs on Monday with the creation of the “National Vetting Center.”

The draft DHS report disclosed this week reflects “intelligence analysis” at its worst: misinformed, misleading, and infected with bias. It is yet another symptom of the anti-Muslim bigotry coursing through the Trump administration, and it should be recognized for what it is: complete trash.