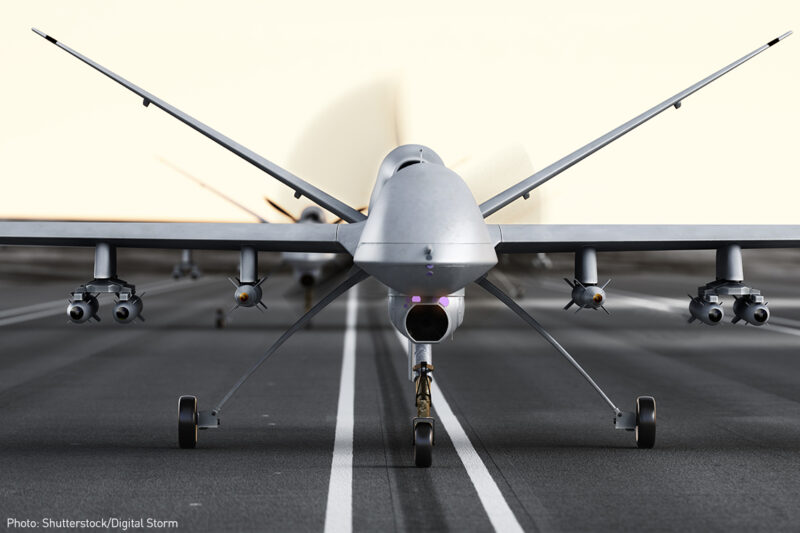 Three years ago, in a major address at the National Defense University, President Obama announced that he had signed a classified document to tighten and formalize the rules relating to the use of lethal force against suspected terrorists “outside the United States and areas of actual hostilities.” The document — the Presidential Policy Guidance, or PPG — was not published at the time, but a redacted version of it is likely to be disclosed in the next week or so, perhaps alongside several related documents, a new executive order, and official casualty statistics for the drone war.

The release of these documents will be a transparency milestone. While it remains to be seen how redacted the documents will be, and how specific and forthright the government will be in acknowledging civilian casualties, even a partial release will shed new light on what Judge Colleen McMahon once called “this ill-defined yet vast and seemingly ever-growing exercise in which we have been engaged for well over a decade, at great cost in lives, treasure, and (at least in the minds of some) personal liberty.”

Below, I consider what the government is likely to release, what we may learn as a result, and how reassured we should be by President Obama’s effort to deliver in the eighth year of his presidency a measure of the transparency he promised in the first.

What the Administration Will Release, and Why

The ACLU filed suit in March 2015 to enforce a Freedom of Information Act request seeking, among other things, records describing (i) the legal basis for the targeted killing program and (ii) the standards and evidentiary processes used by the government to evaluate the use of lethal force in particular instances. This past February, Judge McMahon, who is presiding over the case, expressed skepticism about the government’s basis for withholding the entirety of the PPG, and she ordered it to turn over that document and two Defense Department reports for her review in camera. (A fourth, fifth, and sixth document were later added to the court’s list.) After considering the court’s order, the government withdrew its broadest claims of privilege and stated that it would release redacted versions of the documents, and it submitted to the court the versions it proposed to release.

The six documents that Judge McMahon reviewed in camera are:

With respect to these documents, the question before the court was whether the government’s proposed redactions were defensible under the FOIA.

But the administration will almost certainly release more than this. In a March 7 speech, Lisa Monaco, the president’s counterterrorism advisor, stated that “in the coming weeks, the Administration will publicly release an assessment of combatant and non-combatant casualties resulting from strikes taken outside areas of active hostilities since 2009.” A month later, Monaco repeated the commitment. My understanding is that the release has been delayed because of disagreement within the administration about precisely which statistics to release. More than three months have passed, however, since the administration stated that it would release the statistics — surely time enough to resolve any disagreement. Moreover, the administration may see an advantage in releasing the statistics together with the PPG and other documents that set out the substantive standards and evidentiary processes relating to the targeted killing program.

The administration is also likely to release a new executive order that would commit the government to annually disclosing statistics relating to drone-war casualties. The issuance of the executive order would presumably be an effort to encourage future administrations to provide the same kind of transparency that this one is now on the verge of providing.

What We’re Likely to Learn From the PPG

We already know something about the PPG from a fact sheet the administration released in connection with the president’s May 2013 speech at the National Defense University. According to the fact sheet, the PPG “formalize[d] and strengthen[ed] the Administration’s rigorous process for reviewing and approving operations to capture or employ lethal force against terrorist targets outside the United States and outside areas of active hostilities.” The PPG states that the United States will use lethal force only against individuals who pose a “continuing, imminent threat to U.S. persons”; only if there is “near-certainty” that the target is present and “near-certainty” that non-combatants will not be injured or killed; and only if it assesses that capture is not feasible, that government authorities in the relevant state are unable or unwilling to address the threat, and that there are “no reasonable alternatives” to the use of lethal force.

The fact sheet suggests that the administration adopted relatively stringent standards for the use of lethal force outside war zones. As many have noted, however, some of the fact sheet’s key terms are vague, elastic, and even contradictory. For example, in what kinds of circumstances is capture deemed “infeasible”? Does infeasibility entail only an operational judgment, or does it entail a political one as well? And any capture operation will always involve risk — how much risk is sufficient to render a capture operation infeasible? Similar questions might be asked about the term “unable and unwilling,” and similar questions have already been asked (e.g., here, here, and here) about the phrase “continuing, imminent threat.”

One can’t realistically expect the PPG to answer every question in advance, but there is a great deal of distance between the standards described in the fact sheet and the kinds of standards that would meaningfully constrain executive action. Perhaps one can see evidence of this in the multiple post-May 2013 strikes that have killed civilians. The release of the PPG will be significant if the document clarifies the substantive standards the government uses in determining whether to use lethal force.

The release of the PPG will also be significant if the document supplies more information about the procedures by which the government identifies and approves targets. In the fall of last year, The Intercept published a fascinating set of documents relating to the Joint Special Operations Command’s so-called “kill chain,” but the documents pre-date the president’s National Defense University speech and presumably do not account for any processes and safeguards put in place by the PPG. Nor do the documents address the decision-making process of the CIA. In the ACLU’s FOIA litigation, the government told the court that “the PPG contains a much more detailed explanation of the standards and procedures employed in both capture and lethal targeting counterterrorism operations.” Perhaps the PPG will make clearer which actors are making the important decisions, and on whose recommendations those decisions are based.

Finally, the release of the PPG will be significant if the government uses the release as an occasion to clarify the geographic application of the PPG’s standards, as others have proposed it should do. The fact sheet states that the PPG applies “outside areas of active hostilities,” but it does not explain what is meant by this phrase. (It was not until this past April that the administration confirmed obliquely to Charlie Savage what many long suspected — that the administration regards the border regions of Pakistan to be an area of active hostilities and so not subject to the PPG.) As Rita Siemion has observed, the question of where the PPG applies is especially crucial because the administration has adopted the view that the international armed conflict against al-Qaeda and its affiliates is a borderless one, meaning that in its view every operation against al-Qaeda or its associates, wherever carried out, is governed by the laws of war rather than international human rights law.

The value of the new executive order and the casualty statistics will depend largely on the granularity of the information the administration discloses now, and the granularity of the information it commits to disclosing in the future. Unfortunately, there is reason to doubt that the government will provide the kind of specificity that would actually be useful to journalists, human rights researchers, and the general public. In The Washington Post, Karen de Young recently reported that while the administration’s statistics would likely encompass strikes in Pakistan, the statistics are likely to be “presented in aggregates without specific reference to geographic location or date.” Perhaps this should not be surprising. When the ACLU requested information about individual strikes through the FOIA, the CIA argued that the disclosure of such information could compromise national security. (In an unpublished, per curiam opinion, the D.C. Circuit sided with the agency.)

The release of more information about the drone campaign will be a welcome development, even if much of the information the government discloses should have been disclosed a long time ago. It should not escape notice, though, that the administration will be making most of these disclosures of its own accord. True, it will be releasing the PPG in response to FOIA litigation, and only after a federal judge cast doubt on the administration’s authority to withhold the document in its entirety under a characteristically sweeping claim of executive privilege. But no court order requires it to disclose casualty statistics or to commit to the release of more information in the future. The administration’s disclosures, and its promises of future disclosures, are to a significant extent a matter of executive grace.

The public’s right to information about the drone campaign, and about counterterrorism policy more generally, should not depend on the grace of executive branch officials. Transparency should be required by law.

And essentially the same point could be made about the targeted killing campaign more generally, given that, as Brett Max Kaufman and I recently observed, the campaign is not subject to any meaningful constraint that could not be lifted with a stroke of the next president’s pen. Neither Congress nor the courts have imposed any significant restriction — or even weighed in — on the president’s authority to order the use of lethal force away from conventional battlefields. President Obama’s lawyers have been fantastically successful in preserving what they would characterize as executive prerogatives.

And the broad and largely unsupervised authority they claimed for President Obama will soon be available to another president — perhaps one who will use this power even more aggressively than President Obama has. The administration’s release of the PPG and other documents will be welcome, but the documents themselves will be a reminder of a failure on the part of all three branches to subject an awesome power — indeed one unparalleled in its potential for abuse — to oversight and constraint.