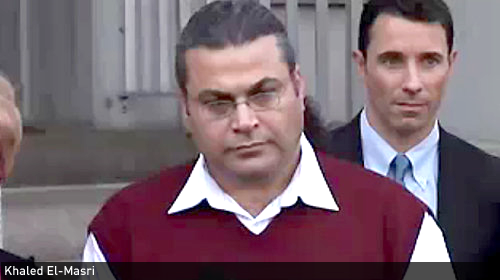 The CIA’s unlawful detention and torture of Khaled El-Masri has left him “a broken man,” according to a McClatchy article published yesterday.

The story of El-Masri, an ACLU client, is especially poignant following the release of the Senate torture report summary – and the CIA response to it. The reports include the first public acknowledgement by the United States that the CIA’s abduction, rendition, and detention of Khaled, a German citizen, were based on colossal mistakes. The reports also reveal the lengths to which the CIA went to cover up those mistakes and to avoid accountability for them.

Most of the facts of Khaled’s case and the CIA’s responsibility for wrongdoing were well-known long before the publication of the Senate torture report. They made headline news around the world shortly after he returned to Germany some five months after he was kidnapped in Macedonia and then stripped, beaten, sodomized, drugged, and flown halfway around the world to a fetid, secret CIA-run prison in Afghanistan. Khaled’s case has also been the subject of a criminal investigation in Germany, numerous intergovernmental inquiries in Europe, and a decision of the European Court of Human Rights in December 2012. That ruling, in a case against Macedonia, found that Khaled had been unlawfully rendered and tortured by the CIA.

But until the release of the Senate report and the CIA’s response, U.S. officials had steadfastly refused to either confirm or deny the United States’ role. Although the two reports do not reveal all the gruesome details, they do provide important new information.

The public has learned that the CIA knew of its mistakes very shortly after it had wrongfully detained Khaled. According to the CIA inspector general, CIA officers “quickly concluded” that “[Khaled] was not a terrorist” after first questioning him in January 2005. Despite this conclusion, Khaled wasn’t immediately released because, according to the Senate torture report, “different components within the CIA disagreed on the process for his release.” It took the intervention of the National Security Council to settle the dispute and secure Khaled’s repatriation to Germany in May 2005. That would confirm that, despite her claim to the contrary, Condoleezza Rice, a member of the council then and later secretary of state, would have known that mistakes had been made resulting in Khaled’s wrongful rendition and detention when she visited Germany in December 2005.

That month Khaled sued the U.S. government over what had happened to him. Compensation was never his priority. He wanted an explanation, an apology, and reassurance that what he had endured wouldn’t happen to anyone else.

In March 2006, Department of Justice lawyers sought immediate dismissal of the case, arguing that it involved state secrets that could not be disclosed in court. Porter Goss, then director of the CIA, told the court he could neither confirm nor deny the CIA’s role in Khaled’s rendition and detention, because doing so would harm U.S. national security by revealing means, methods, and operational details of the CIA’s foreign intelligence interests.

The district court bought the government’s arguments, dismissing the case in May 2006 without considering any of the voluminous and publicly available information confirming U.S. involvement in Khaled’s rendition, secret detention, and torture. After the ACLU appealed, in November 2006, Justice Department lawyers pursued the same state secrecy arguments. In July 2007, the Bush Justice Department was persuading the U.S. Supreme Court not to review Khaled’s case.

The Senate torture report reveals the deceit that’s missing from this timeline, which helped deny Khaled his day in court.

As far back as January 2005, the CIA knew that it had made mistakes. The National Security Council knew of them shortly thereafter. In February 2006, the agency admitted to the House Permanent Select Committee on Intelligence that it had wrongfully detained five individuals. (The Senate report, based on the CIA’s own records, puts that figure at 26.) One of the five was Khaled. The next month, on March 8 – the very day Goss was signing his state secrets declaration – the CIA admitted to five members of the Senate Intelligence Committee that it had detained and subsequently released Khaled “‘when [they] reached a point in debriefings that required [foreign government] assistance’ that was not forthcoming.”

In other words, they released Khaled after interrogating him, realizing their mistakes, and failing to get German authorities to assist in his continued detention. In July 2007 – the same month that Justice Department lawyers were telling the Supreme Court it should not hear Khaled’s case on secrecy grounds – the CIA’s inspector general concluded that “[a]vailable intelligence information did not provide a sufficient basis to render and detain Khalid al-Masri (sic),” and that the “Agency’s prolonged detention of al-Masri (sic) was unjustified.” The CIA only responded to this finding in October 2007, admitting to the Senate Intelligence Committee that there had been no basis for Khaled’s rendition and detention, and that the agency had wrongfully detained an innocent man. That same day, on October 9, the Supreme Court declined to review his case.

Despite all this, the Obama administration has so far declined to acknowledge Khaled’s wrongful detention and abuse, and State Department lawyers have yet to respond to his petition to the Inter-American Commission on Human Rights, filed over six years ago. Protecting legitimate state secrets wasn’t the CIA’s primary interest. It invoked secrecy to cover up its embarrassing mistakes – which included egregious human rights violations – and to avoid accountability.

Now that the CIA’s mistakes and atrocities are a matter of public record, the government should take responsibility for them and make amends. As an important first step, the United States should provide Khaled – and other victims of CIA torture – with a full, official, and public accounting of what the CIA did to him, and grant him an apology, compensation, and counseling for rehabilitation.

The law and basic decency demand no less. And it might help a broken man start to heal.