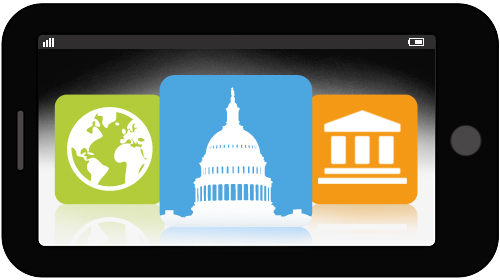 Almost one year after the first disclosure about the NSA’s abusive surveillance programs, the House Judiciary Committee made history on Wednesday when it voted unanimously to pass the USA FREEDOM Act. Much to our surprise, the House Intelligence Committee followed suit yesterday and also unanimously passed the same version of the bill. The next step: consideration by the full House of Representatives.

While this version is lacking some of the key privacy protections included in the original, it is an important step to reining in the surveillance state. At base, the bill attempts to stop the government from sweeping up personal information without having to present a compelling reason to a judge.

While the bill makes significant reforms to U.S. surveillance law, Congress clearly chose not to let the perfect be the enemy of the good. And, to be clear, more work needs to be done. Some of the additional reforms we are calling for, which were in the original USA FREEDOM Act, include:

Nevertheless, the committees’ passage of the USA FREEDOM Act is a significant moment in surveillance reform.

Last May, we noted that the government’s requests for Patriot Act 215 orders had jumped 900 percent compared to four years earlier, resulting in a total of 212 applications to the Foreign Intelligence Surveillance Court in 2012. Less than a month later, the NSA got caught with its hand in the cookie jar when the world learned that it was using that authority to engage in the bulk collection of Americans’ phone records.

You’d think that the congressional and public outrage that followed would stop the NSA from gobbling up Americans’ private information. Instead the Justice Department’s annual report on 215 orders revealed that in 2013 the government applied for and was granted 178 of these orders, including authorizations for bulk collections.

The revised USA FREEDOM Act is not a miracle cure but it does present a legitimate chance to end the most gratuitous invasion of our privacy: the bulk collection of our intimate records. And for that reason, Americans should be happy that a 29-year-old systems administrator had the guts to stand up for the Constitution and risk everything. With every Edward Snowden revelation, the whistle grew louder. This week, Congress responded.