Private Cameras Will Hurt Privacy - But is There a Solution? 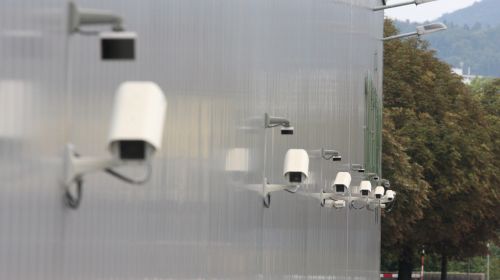 The ACLU has long opposed the spread of government video surveillance in American public life. We published this piece, The Four Problems With Public Video Surveillance, way back in February 2002 for example, and we had been saying similar things long before that. When I wrote that piece, the United States was undergoing a rapid expansion of private video surveillance cameras, and there was a lot of talk about surveillance in the wake of 9/11, but surveillance cameras were still largely privately owned and decentralized. Cell phones with still cameras were just going mainstream, and video smartphones wouldn’t become common until 5 years or so later.

Since then, we have seen networked camera systems, operated by the government, begin to spread like algae throughout many of our cities—often, like so many surveillance technologies, fueled by grants from the Department of Homeland Security.

But at the same time we’ve also seen a dramatic acceleration of cameras in private hands. Today, much of the population carries a video camera in their pocket or purse at all times. That trend will only accelerate. Dashboard cameras will probably become commonplace as they are in some other countries such as Russia. More people are putting cameras on places such as their bicycle helmets or the outside of their homes. Google of course is marketing cameras people can affix to their face, and if that finds any success at all, we will no doubt see a whole product category emerge. The police are increasingly wearing lapel cameras, and it would not be surprising if civilians adopt the technology for certain uses as well.

This trend toward what has been called “Little Brother” surveillance will certainly have negative effects on our privacy. People will have to adjust to the fact that anything they do is susceptible to being broadcast to an audience much, much wider than the audience they thought they had when they quarreled with their paramour or picked their nose or did a funny spontaneous dance in a quiet corner of a park. That will have definite chilling effects. (Of course, the trend has positive effects as well such as helping curb police abuse.)

But, unlike the trend toward surveillance cameras that are part of a centralized system and run by the government, I think the trend toward Little Brother surveillance is probably unstoppable. Not least because the courts have consistently (and rightly) found a First Amendment right for citizens to photograph the police and anything else in public spaces. (Many of those cases defending photographers’ rights have been ACLU cases.) Polls are also showing strong support for surveillance cameras in densely populated public areas, with 41% supporting more such cameras, 42% saying the current number is “about right,” and only 14% saying they would like fewer such cameras.

Google n-gram of ‘caught on camera’

Although the proliferation of private cameras will have some negative effects on privacy, I cannot think of any acceptable policy that would prevent those negative effects. (In some countries like Spain it is actually illegal to install a private surveillance camera where it can view public areas. I don’t think that would fly in the U.S., and in any case doesn’t apply to mobile cameras such as those in phones.)

But there is a big difference between distributed Little Brother surveillance and centralized government surveillance.

A result of all these cameras is that we are currently transitioning toward a new set of societal expectations surrounding video surveillance. Under the old expectation, the default expectation was that any given event would not be photographed. In this mindset we hear people exclaim in wonderment when an incident “happens to” get caught on camera. That is rapidly being replaced by a new mindset in which the default expectation is that something taking place in public will be recorded. Thus you often hear expressions of disappointment when a disputed or dramatic public event is NOT caught on video. For example, after a terrible shooting in New Orleans, an officer complained, “The police only had people who were eyewitnesses. They had no video evidence that was worth anything.” Similarly, I was challenged by more than one reporter asking whether it wouldn’t have been a good thing if the Trayvon Martin killing had been caught on video (it would have, which is why the ACLU supports properly regulated cop cams—along with leaving law enforcement to actual cops).

So should the ACLU just bow to the inevitable and throw in the towel on public video surveillance? The answer is no. More in a followup post.