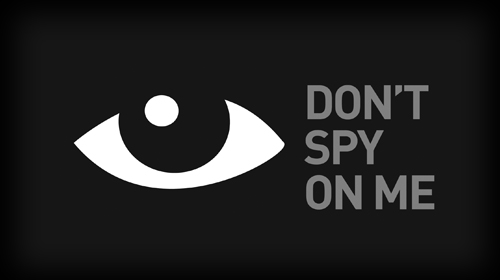 As the resolution states, the NYPD acted “without a reasonable, articulable basis to suspect” that the targeted American Muslims had “engaged in or [were] about to engage in unlawful conduct.” The Constitution guarantees against such suspicionless religious, ethnic and racial profiling. The NYPD’s actions infringed upon several core constitutional rights, including the First Amendment rights to freedom of religion, speech and assembly, and the right to equal protection of the laws regardless of religion, race, ethnicity or national origin.

Given all this, it is deeply disturbing that so many of New York City’s leaders have defended the NYPD’s unconstitutional tactics instead of condemning them and promising investigation and reform. Mayor Michael Bloomberg praised the NYPD’s efforts as “legal,” “appropriate,” and constitutional” — and has implied that suspicionless surveillance of innocent communities is ongoing, boasting “we have not let down our guard.” Police Commissioner Ray Kelly insists that the NYPD’s mapping of American Muslim communities is authorized by FBI guidelines and a federal court consent decree, and maintains that the AP did not “do its homework” before publishing dozens of the NYPD’s own investigative reports detailing police misconduct. And, most recently, New York City Council Speaker Christine Quinn has also implied that the NYPD’s practices are legal, stating “[u]nless we know that laws were broken or someone’s civil liberties were violated, I do not think the NYPD should stop the practice” of monitoring innocent American Muslims.

As the resolution makes clear, though, the NYPD’s surveillance activities undermine “the Nation’s commitment to religious liberty and equal protection of the law” and “stigmatize innocent members of the Muslim community merely because of their religion.” When senior city officials defend religious, ethnic or racial profiling, they contribute to that stigmatization. On account of NYPD surveillance, Muslim students have described feeling a palpable chill, “censoring themselves in classes to avoid saying anything that might be taken as controversial or out of the mainstream on contemporary political issues even where they should be most free — in their academic speech.” One student, Elizabeth Dann, explains, “I and other community members feel betrayed by our own police force, and the fact that it’s the police singling out Muslims for unfair treatment makes us all deeply concerned that other parts of society see us as suspect, too, even though we’ve done nothing wrong.” Moreover — contrary to Kelly’s statement — the NYPD’s practices do not comply with the federal court consent decree, which was put in place to prevent these kinds of abuses.

American Muslims are understandably upset when they are made to feel like second-class citizens because of suspicionless and biased targeting by city police. What’s more, targeting entire communities for investigation based on erroneous racial, religious or national origin stereotypes is inefficient, ineffective and produces flawed intelligence. Unsurprisingly, law enforcement officials outside of New York attest to the harm that the NYPD’s religious, ethnic and racial profiling does to law enforcement’s ability to establish a cooperative relationship with American Muslims.

The resolution calls upon the Department of Justice to investigate whether the NYPD violated the Constitution or any federal law, and whether any federal agency facilitated the NYPD’s profiling or surveillance. The ACLU likewise has requested such an investigation. We applaud the efforts of leaders like Chu, Ellison, Honda, Holt and Jackson to hold the NYPD accountable for its wholesale and biased profiling of American Muslims. It’s not too late for New York’s leaders to follow suit.