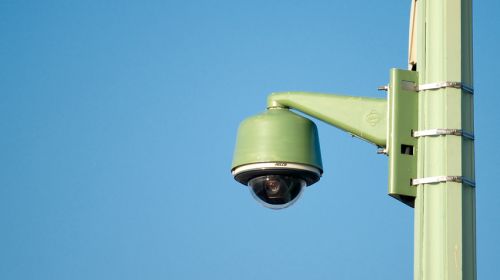 Yesterday I wrote about how the spread of cameras throughout our public lives is irrevocably changing our privacy in public spaces, as well as society expectations around video surveillance—with people increasingly surprised when an unusual incident that takes place in public is not captured on video.

Does this mean that I or the ACLU have thrown in the towel when it comes to opposing public video surveillance?

The trend toward Little Brother surveillance has one additional very significant implication: given such surveillance, there is actually less reason for police departments to build centralized, government-run camera systems. We can get 99% of the security benefits of surveillance cameras from privately owned, distributed cameras—and with a much smaller portion of the privacy downside.

When a freak event such as a terrorist attack or more common crime such as a mugging takes place, the police will be able to collect video footage from the private citizens and businesses that are nearby. This is essentially what happened after the Boston Marathon bombing. The more a place is high-profile, well-trafficked, and likely to be the target of a terrorist attack, the more likely a place is to be highly photographed by numerous private cameras.

In New Orleans, the police have actually taken things one step further: they are building a database of privately run cameras.

What do we think of that idea?

Well, any system for the mandatory reporting or registration of private cameras would be constitutionally troubling, and a system in which the police can actually monitor private cameras in real time would be not an improvement on centralized surveillance systems, but a super-charged version thereof. But assuming that (as in New Orleans) it is entirely voluntary for citizens to tell the police about their cameras, and the police are not actually plugging in to the private cameras, I see no problem with it.

Of course, the possibility always exists that the police will abuse this capability for illegitimate uses such as politicized “intelligence” gathering—but the effort involved plus the involvement of private citizens will provide more insulation against abuse than centralized government-run camera systems. Reliance on private cameras probably represents the appropriate long-term balance between increasingly omnipresent video technology and concerns over privacy.

The benefits of centralized and live access to large-scale video systems doesn’t balance out the privacy risks (not to mention the monetary costs, although we should expect those will fall sharply over time). As with any technology, one can imagine scenarios where such systems save the day—but it is even easier to imagine scenarios where such a technology is abused and in fact such scenarios don’t require any imagination whatsoever as experience strongly suggests abuses are inevitable.

It seems to me there are two main arguments for centralized camera networks that a supporter of such networks might make. The first is ease of access to video footage by the police, who would be spared the inconvenience of having to collect private footage. But we impose many inconveniences on the authorities for the sake of limiting their power and protecting our privacy—from search warrants to expensive and time-consuming jury trials. The costs of centralized surveillance are too great to trade away for mere convenience.

The other argument is that the police might use a centralized network for live monitoring, in the hopes of detecting and preventing crimes before they occur. The problem with this was well summed up by Cato’s Julian Sanchez:

Terror attacks are (thankfully) so rare and varied that any system with the slightest chance of detecting a real one would necessarily yield a vast, paralyzing number of false positives.

Crimes other than terrorism are more common but the “predictors” for such crimes may be even more broad, and lead to the same ocean of false positives. Part of the reason this is true is the asymmetry between past and future: it’s far harder to predict something than to reconstruct how it happened after the fact. Yet the ease of the latter seduces us into thinking we can do the former.

Unfortunately we are seeing the construction of centralized government camera systems in Chicago, California and elsewhere. Every day there is less need for the authorities to go down that road.