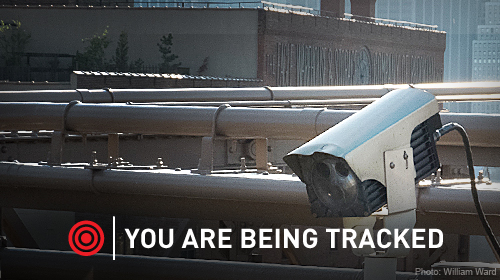 In the summer of 2012, the national ACLU and 38 affiliates submitted public records requests to local, state and federal law enforcement agencies to learn about how they are engaging with license plate readers—powerful cameras that, used without proper safeguards, enable the government to perform society-wide, retroactive and warrantless tracking of motorists. One of the things we were interested in learning was how federal agencies deploy plate readers, and how they fund procurement of the powerful tools at the state and local levels nationwide. We filed requests with the federal Departments of Justice, Homeland Security and Transportation hoping to shed some light on these questions.

The results of our requests confirm prior reports that federal agencies do not appropriately keep track of their funding assistance to state and local law enforcement agencies. Our results also confirm that agencies with critical law enforcement and intelligence missions too often shroud their activities in secrecy.

A year after we filed those requests, we still haven’t learned very much about the actual federal programs. While one office at the Departments of Justice was forthcoming with documents, we had to file suit to force the DOJ and DHS to release records, including those maintained by the FBI. That lawsuit is ongoing. Organizations and individuals should not have to sue the government to obtain records under FOIA law. Nevertheless, it’s increasingly clear that we must sue in order to obtain information from federal agencies, particularly when the records sought concern government surveillance programs.

Government refusals to disclose records are unacceptable, but even the federal agency that immediately complied with FOIA law provided us incomplete information. The DOJ’s Bureau of Justice Statistics was cooperative, but honest in its assessment that it probably could not disclose an accurate and complete record of how much money the agency doled out to states and locals for license plate readers. That’s because the grant programs are so enormous, the reporting so spotty and incomplete, and the records systems so vast and unwieldy.

This wasn’t exactly news, either. We’ve known for some time that the federal government doesn’t keep very good track of “homeland security” related aid to state and local governments. Well back in 2009, a Congressional Research Report highlighted the fact that “the question remains whether or not [DHS] grant funding [to states and locals] has been used in an effective way to enhance the nation’s homeland security.” That’s in part because DHS funding arm FEMA “does not consistently and comprehensively execute its two oversight activities, which are financial and program monitoring,” the investigation concluded.

Years later, the problem had still not been fixed when Congress issued a report about so-called “fusion centers” and DHS funding for what the agency describes as local anti-terrorism efforts. The Senate Subcommittee for Investigations could not figure out exactly how much money DHS had doled out to state and local “fusion centers,” putting the figure at somewhere between $289 million and $1.4 billion. That’s a transparency and accountability gap of over one billion dollars. The Senate subcommittee called on DHS to “track how much money it gives” to local governments for “homeland security” operations, and to measure dollars spent in terms of “value and performance.”

The Department of Justice, which also oversees enormous funding programs to sustain and expand the power and influence of police departments nationwide, should heed the same advice.

The federal government has given state and local agencies billions of dollars in law enforcement and “homeland security” aid over the past decade. Taxpayers deserve to know exactly how that money is spent, and where, so that we can decide whether or not these investments are worth it, and so we can understand to what extent federal money is driving local policing practices.

That is especially true with respect to surveillance technologies like license plate readers, which have such significant implications for our society, and which many—if not most—local police departments can’t afford to buy independently. To what extent is the federal government funding the transformation of our local police departments into militarized, quasi-intelligence agencies, equipped with the latest surveillance and monitoring equipment? In the interests of democracy and public accountability, we should be able to answer those questions with hard statistics.

The Department of Homeland Security has to date provided zero information about how it has funded license plate reader acquisitions nationwide, even though open source media accounts from every part of the country demonstrate that it has played a significant role in funding acquisitions for state and local police departments.

The past decade of nearly unlimited “homeland security” and law enforcement money flows may be slowing down, but these critical accountability questions are not going away. We deserve to know how our money is spent, where and why. That’s one of the most basic features of a democracy. But at present, as our records requests show, we can’t.