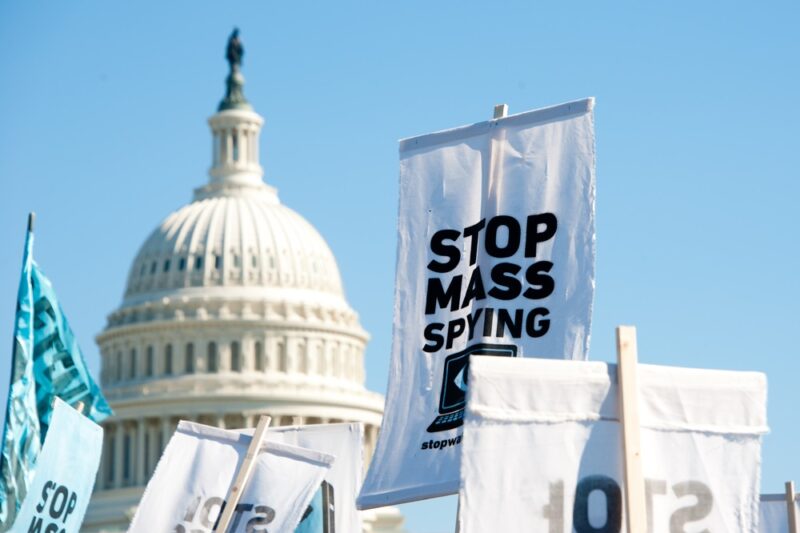 Not long after the Patriot Act was passed in 2001, I had dinner with the late Senator Paul Wellstone in Washington, who was a stalwart defender of civil liberties throughout his career. I asked him how he could have possibly voted for a law that so vastly expanded the government’s spying powers. He told me that he was facing a tough election, but as soon as it was over he’d invite my organization, the American Civil Liberties Union, to testify before Congress about the Patriot Act’s flaws and the threats it presented to privacy and civil liberties. “We’ll work together to get this repealed,” he promised. Unfortunately, that day never came, as the senator tragically died in a plane crash in October of 2002.

Almost 13 years later, the most egregious part of the Patriot Act, Section 215 – which underlies the National Security Agency’s call-records program – is scheduled to expire on June 1. Some legislators want Congress to reauthorize it in its current form – Senate Majority Leader Mitch McConnell has just introduced a bill that would do exactly that, extending it for another five years. Others want to make relatively minor changes. Congress shouldn’t do either of these things. Unless Congress can coalesce around far-reaching reform, it should simply let the provision expire.

Almost 13 years later, the most egregious part of the Patriot Act, Section 215 – which underlies the NSA’s call-records program – is scheduled to expire on June 1. Unless Congress can coalesce around far-reaching reform, it should simply let the provision expire.

Congress hurriedly enacted the Patriot Act just weeks after the September 2001 attacks. Few legislators read the 321 pages of proposed legislation; many simply concluded that the political climate necessitated that they vote for the bill, even if they didn’t understand it.

mass surveillance under the Patriot Act

The NSA uses Section 215 of the Patriot Act to collect information – who called whom, when, and for how long – about most phone calls made or received on U.S. telephone networks. The surveillance is staggering in its scope and many, including the legislator who wrote the Patriot Act, believe the surveillance is unlawful. The surveillance is also, apparently, ineffective. Both a review group appointed by the president as well as the Privacy and Civil Liberties Oversight Board concluded, after analysis of classified files, that there was no evidence at all that the NSA’s massive surveillance program had ever played a pivotal role in any investigation.

Allowing Section 215 to sunset is a crucial first step if we want to ensure that this unlawful and ineffective surveillance finally ends.

The current sunset debate is our first opportunity as a society to grapple with the mass-surveillance programs revealed by Edward Snowden, and we can’t afford to let this opportunity pass us by. The whole point of including sunset provisions in the original Patriot Act was to force Congress – and the country – to reconsider the government’s surveillance powers once more was known about their implications for civil liberties. Now we understand at least some of these implications – and they’re chilling. If we don’t allow Section 215 to sunset, we risk making permanent a “new normal” of government surveillance and extending surveillance programs that haven’t yet been – and may never be – disclosed to the public.

The Patriot Act’s upcoming expiration date gives us a new opportunity to make good on Senator Wellstone’s promise. Letting the provisions sunset would protect Americans’ privacy without compromising security. It would also be a first step towards the kind of systemic reform we desperately need – reform that would end the government’s dragnet surveillance practices, foreclose warrantless surveillance of Americans’ communications, require a degree of transparency about programs that haven’t yet been disclosed, and subject those as-yet-undisclosed programs to judicial review.

Equally important, letting the provisions sunset would send a broader message that, after more than a decade in which national security could be invoked to justify the unconstrained expansion of virtually any government power, Americans are committed to restoring common-sense limits on the government’s national security powers and requiring that our intelligence agencies operate without disregard for privacy and civil liberties.