Too Big To Comply? NSA Says It’s Too Large, Complex to Comply With Court Order 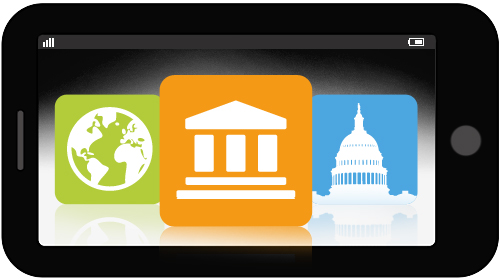 In an era of too-big-to-fail banks, we should have known it was coming: An intelligence agency too big to rein in — and brazen enough to say so.

In a remarkable legal filing on Friday afternoon, the NSA told a federal court that its spying operations are too massive and technically complex to comply with an order to preserve evidence. The NSA, in other words, now says that it cannot comply with the rules that apply to any other party before a court — the very rules that ensure legal accountability — because it is too big.

The filing came in a long-running lawsuit filed by the Electronic Frontier Foundation challenging the NSA’s warrantless collection of Americans’ private data. Recently, the plaintiffs in that case have fought to ensure that the NSA is preserving relevant evidence — a standard obligation in any lawsuit — and not destroying the very data that would show the agency spied on the plaintiffs’ communications. Yet, as in so many other instances, the NSA appears to believe it is exempt from the normal rules.

In its filing on Friday, the NSA told the court:

[A]ttempts to fully comply with the Court’s June 5 Order would be a massive and uncertain endeavor because the NSA may have to shut down all databases and systems that contain Section 702 information in an effort to comply.

For an agency whose motto is “Collect It All,” the NSA’s claim that its mission could be endangered by a court order to preserve evidence is a remarkable one. That is especially true given the immense amount of data the NSA is known to process and warehouse for its own future use.

The NSA also argued that retaining evidence for EFF’s privacy lawsuit would put it in violation of other rules designed to protect privacy. But what the NSA presents as an impossible choice between accountability and privacy is actually a false one. Surely, the NSA — with its ability to sift and sort terabytes of information — can devise procedures that allow it to preserve the plaintiffs’ data here without retaining everyone’s data.

The crucial question is this: If the NSA does not have to keep evidence of its spying activities, how can a court ever test whether it is in fact complying with the Constitution?

Perhaps most troubling, the new assertions continue the NSA’s decade-long effort to evade judicial review — at least in any public court. For years, in cases like the ACLU’s Amnesty v. Clapper, the NSA evaded review by telling courts that plaintiffs were speculating wildly when they claimed that the agency had intercepted their communications. Today, of course, we know those claims were prescient: Recent disclosures show that the NSA was scanning Americans’ international emails en masse all along. Now, the NSA would put up a new roadblock — claiming that it is unable to preserve the very evidence that would allow a court to fully and fairly review those activities.

As Brett Max Kaufman and I have written before, our system of oversight is broken — this is only the latest warning sign flashing red. The NSA has grown far beyond the ability of its overseers to properly police its spying activities. That includes the secret FISA Court, which has struggled to monitor the NSA’s compliance with basic limits on its surveillance activities. It includes the congressional oversight committees, which operate with too little information and too often appear captive to the interests of the intelligence community. And, now we are to believe, it includes the public courts as well.

No intelligence agency should be too big to be accountable to the rule of law.