The Trump Administration Is Keeping a U.S. Citizen Secretly Locked Up Without Charges 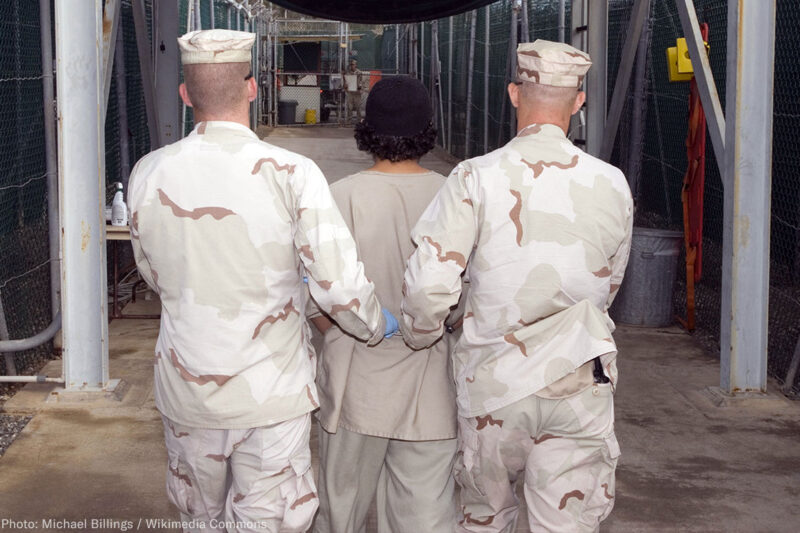 For nearly two months, the U.S. military has been detaining an American citizen at a secret jail in Iraq, denying him access to a lawyer and even refusing to release his name. The Trump administration is calling the citizen an “enemy combatant,” claiming he was fighting for ISIS in Syria, but it has not presented any evidence to back up its allegations.

We went to court asking a judge to protect the citizen’s constitutional rights, including the right not to be imprisoned without charge and the right to challenge his detention in court. The Trump administration has told the court that it doesn’t have to respect these essential due process rights.

The Pentagon and Justice Department ignored our initial request for access to the U.S. citizen so we could advise him of his rights and offer him the opportunity of legal representation. We then filed a habeas corpus petition on the citizen’s behalf in federal court in Washington, demanding that the government justify its detention of the unnamed American. All U.S. citizens have the right to habeas corpus no matter where the government holds them or what it accuses them of. And, as we know from the government’s practices in places like Guantánamo, when it tries to undercut this right it opens the door to abuses, including the arbitrary detention of innocent people.

We also asked the court to order the government to connect the citizen with ACLU attorneys because he is facing grave threats to his liberty and possibly his life. The government could continue imprisoning him without charge, force him to confess to crimes he may not have committed, or, as a Human Rights Watch expert warns, hand him over to Iraqi custody, in which he would likely be subjected him to torture, an unfair trial, and possible execution.

The government’s response is straight out of “Catch-22.” It is arguing that the ACLU cannot seek relief on the citizen’s behalf because we have never met him and don’t know his wishes. But that is a conundrum of the government’s own creation because it has provided no other way for this citizen to legally defend himself.

In fact, the American citizen has made his wishes clear. U.S. officials told The Washington Post that the citizen has repeatedly demanded a lawyer. The government has effectively denied that request. And, as a former ICRC official explains in our latest court filing, there are multiple reasons why the U.S. citizen is unlikely to obtain counsel by going through the ICRC. To begin with, the ICRC’s main purpose is to monitor conditions of detention, not to find lawyers for prisoners. The citizen may not have family he can contact, or he might be afraid of contacting family for fear they will suffer retaliation. It is also possible the citizen’s family might not welcome contact from him, or, even if it did, the family may not know how to navigate the U.S. court system.

The bottom line is that the imprisoned American citizen clearly wants a lawyer and doesn’t have one, thanks to the roadblocks the government itself has put in place.

Learn More About The Case

The government also complains that allowing counsel to have access to the citizen wouldn’t be “easy.” But constitutional rights do not depend on the government’s convenience. Federal courts have ruled that citizens have a right to an attorney even when detained as enemy combatants at secure military facilities, whether in the U.S. or abroad. And for more than 13 years, courts have ensured attorney access to non-citizens imprisoned at Guantanamo, rejecting government attempts to restrict it. Even George W. Bush’s attorney general and former federal district court judge, Michael Mukasey, ruled that the government’s national security interests cannot override an American citizen’s right to a lawyer.

By opposing the ACLU’s efforts in this case, the Trump administration is taking a very dangerous step: It is blocking an Americans citizen’s access to his own country’s courts. It is also undermining the bedrock guarantees of habeas corpus, which for centuries has served as the greatest check on unlawful government detentions. Now, we’re fighting to stop the government’s unconstitutional attempt to create a new rights-free zone.