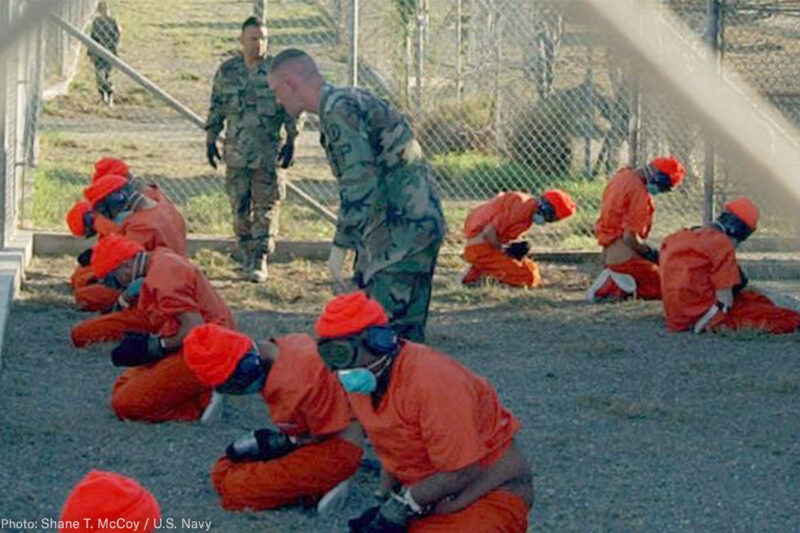 Moments before his State of the Union speech last night, President Donald Trump signed an executive order to keep open the military prison at Guantánamo Bay. The order describes the prison’s operations as “legal, safe, humane, and conducted consistent with United States and international law.” This does more than undo Barack Obama’s order to close the prison, signed on his third day in office. It also rewrites the plain, sordid facts of its history.

The moral and legal stain of Guantánamo started with the fact of its existence. The Bush administration opened the prison in 2002 because it wrongly believed that its location outside U.S. borders would allow it to operate without any legal constraints. It became a laboratory for the torture methods associated with that administration’s so-called war on terror and for improvised judicial proceedings that violate basic principles of due process and justice. While the prison was largely emptied by the Bush and Obama administrations, 41 men remain. Five have been cleared for release. Twenty-eight have never been charged with a crime.

Learn more: Guantanamo by the Numbers

Trump vowed in his speech to send future captives to the prison, a decade after the last detainee arrived there. Almost 800 men have been through Guantánamo. While the Bush administration initially insisted it sent only the most violent terrorists to the prison — the “worst of the worst,” according to former Defense Secretary Donald Rumsfeld — this claim quickly proved false. The vast majority of detainees had been sold to U.S. forces for bounty by Pakistani and Afghan officials, militia, and warlords. After many of these men underwent brutal torture, most were ultimately found to pose no risk to the United States. The Bush administration would go on to release more than 500 detainees. Obama, who signed an executive order to close the prison on his first day of office, would release close to 200. (He failed to close the prison, in part because of congressional restrictions designed primarily to score political points.)

The torture of detainees at Guantánamo was not an aberration. It was policy, approved at the highest levels of the Bush administration, and a prime motivation for opening the prison in the first place. Detainees were subjected to many of the methods the military and CIA used in Abu Ghraib and secret prisons around the world — including beatings, sleep deprivation, stress positions, extreme temperatures, and prolonged isolation. The abuse was so severe that it spurred complaints by FBI agents who witnessed it. In a 2004 email later obtained by the ACLU, an agent described detainees chained in stress positions in extreme temperatures, left for up to 24 hours without food and water, urinating and defecating on themselves. One detainee was described as “almost unconscious on the floor, with a pile of hair next to him. He had apparently been literally pulling his own hair out throughout the night.”

The Guantánamo military commissions, created to try the suspects of the 9/11 attacks, suffered from the same foundational flaw as the prison itself: the assumption they could function outside the bounds of the law. The commissions were initially designed to allow the military to use evidence obtained by torture and abuse, which would be inadmissible in federal courts. While Congress passed some reforms — initially spurred by a Supreme Court decision — the commissions continue to be plagued by secrecy, persistent unfairness, and scandals caused by the government itself. The government has spied on confidential attorney-client conversations. Death penalty trials carry on without death penalty lawyers. The prosecution seeks to prevent defense lawyers from investigating their own clients’ torture.

To date, eight men have been convicted by the commissions at Guantánamo, and the trial of the 9/11 suspects has not begun. Four of those eight convictions were overturned on appeal. Meanwhile, since 9/11, over 500 terrorism cases have been prosecuted in U.S. federal courts.

On all fronts, the cost of keeping Guantánamo open is staggering. American taxpayers spend some half a billion dollars annually to keep the prison running — that’s roughly $11 million per detainee. But the human cost is incalculable. Men were disappeared, brutalized, denied contact with their families and access to courts. America’s reputation has suffered, perhaps irreparably. 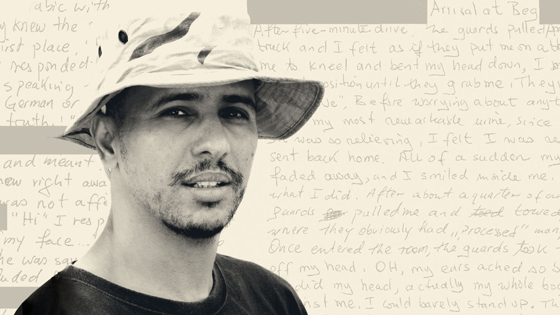 The original sin of Guantánamo won’t be properly addressed until the prison is closed. Tragically, Trump has chosen instead to embrace the lawlessness that it represents.