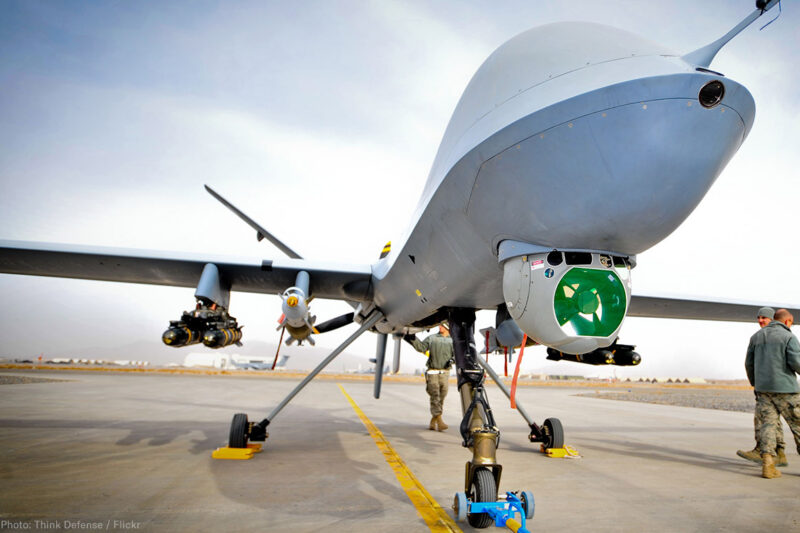 The piece was originally published by The Guardian.

For more than a decade, the worst-kept secret in the world has been the fact that the Central Intelligence Agency owns and operates lethal drones outside of recognized battlefields abroad. Newspapers blare it from their headlines. Legislators discuss it on television. Foreign governments protest it through press releases. And, of course, human beings witness it through the death and destruction foisted upon their communities.

Still, according to the U.S. government and the federal courts, the CIA’s operation of drones to hunt and kill terrorism suspects — a campaign that has killed thousands of people, including hundreds of children, in places like Pakistan, Yemen, and Somalia — remains an official secret.

Toward the end of the Obama administration, the president moderately circumscribed the agency’s role in executing lethal strikes abroad, in part to increase public transparency. Compared to the U.S. military (which also uses lethal force abroad), the CIA is relatively less accountable to policymakers, members of Congress, and the American public. With a diminished role in targeted killings, it appeared then that the CIA’s official secrecy was becoming less important to the overall drone program. But as critics warned could happen, President Trump quickly lifted many of the late-Obama-era limits while ramping up the government’s use of lethal drones abroad and reportedly putting the CIA back in the drone business.

Read the rest at The Guardian