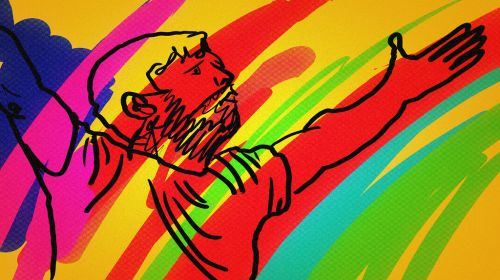 In a disturbing trend that can have a chilling effect on free speech, law enforcement agencies around the country are seeking wide-ranging information about the social networking activity of political activists. The San Francisco District Attorney recently issued subpoenas to Twitter for tweets by two political protesters, Lauren Smith and Robert Donohoe, who had been charged with rioting and unlawful assembly during a Columbus Day demonstration last year. They had been active on Twitter but disabled their accounts after the protest.

The ACLU and EFF filed a brief in support of the protesters’ motion to quash the subpoenas. The ACLU/EFF brief explains that the subpoenas are woefully overbroad and violate the First and Fourth Amendments.

Good news: after we filed our brief, the San Francisco DA agreed to withdraw the subpoenas. Government surveillance of what we say—even when we say it in a public setting like Twitter but then decide to delete it—can have a chilling effect on speech. Saying something to a friend or neighbor is a very different thing than having one’s opinions and views recorded in a government file.

California voters added a privacy clause to the state constitution in 1972 to guard against exactly these kinds of “information-amassing practices.” And under the First Amendment, when the government seeks disclosure of sensitive information about what we think and believe, it must have a very good reason and must narrowly tailor the information request to that reason.

But the subpoenas at issue here were nothing more than a fishing expedition, seeking all sorts of information having no connection to the alleged crimes. The DA sought not only tweets by Smith and Donohoe, but also all tweets about them written by other Twitter users over a ten-month range, as well as the list of all Twitter users who followed them, thus potentially sweeping in information about untold numbers of Twitter users who had no connection to the protest or alleged crimes. The subpoenas even sought tweets on topics unrelated to the protest. The subpoenas were broadly worded to include private Direct Messages and tweets from accounts that may have been protected from public view, which also raises Fourth Amendment privacy concerns.

A district attorney’s decision to prosecute is not an invitation for the government to engage in intrusive fishing expeditions into a criminal defendant’s beliefs and interests, let alone the beliefs and interests of third parties who simply re-tweeted. By issuing the subpoenas, the San Francisco DA sent an intimidating message to protesters everywhere. If protesters know that the government might use an arrest as an opportunity to seize almost a year’s worth of communications, what is a protester to do? Stop protesting, or stop tweeting? The Constitution gives us a right to do both. Hopefully, the SF DA’s decision to drop the subpoenas will serve as a reminder for other prosecutors around the country that we don’t have to give up one right to exercise the other.

(Crossposted on the ACLU of Northern California’s blog)