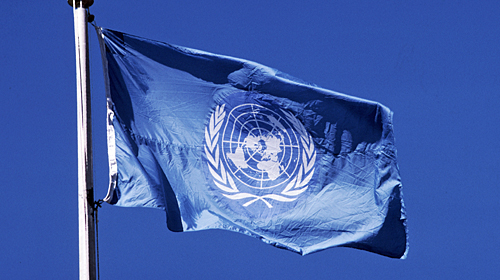 Human rights advocates from across the country are joining together today in a National Day of Action to raise awareness about the state of human rights in the United States at the local, state, and federal levels, and to spotlight areas where the U.S. has fallen behind in its international human rights obligations. The Day of Action comes just weeks before the U.S. will undergo a review by the United Nations Human Rights Committee for compliance with the International Covenant on Civil and Political Rights (ICCPR). The ACLU and other groups submitted shadow reports to provide the committee overseeing the review with a full picture of the state of civil and political rights in the U.S., which in many areas, ranging from the death penalty to privacy and more, remains starkly out of step with international commitments.

The ICCPR protects basic human rights, such as freedom from torture and abuse, freedom from discrimination, the right to life, the right to privacy, and the right to equality before the law. Since ratifying the treaty in 1992, the U.S. has been bound to uphold these fundamental protections and must submit to periodic reviews. The next U.S. review will take place in Geneva on October 17 and 18.

Our report, filed with the committee last week, aims to highlight the accountability gap between U.S. human rights obligations and current law, policy, and practice. Although the U.S. human rights record has shown marked improvement since its last review by the committee in 2006, most notably in the areas of LGBT rights and enforcement of civil rights by the Civil Rights Division of the Department of Justice, in other areas there is need for improvement. The report updates issues covered in our previous submission to the committee last December, and addresses serious rights violations that have emerged in recent months, especially surrounding NSA spying revelations. The report covers:

The ACLU has endorsed several other reports submitted to the Committee on other issues, including the right to equitable education, shackling of incarcerated pregnant women, felon disfranchisement, and religious freedom of prisoners belonging to indigenous communities.

Through the submission of shadow reports, civil society organizations like the ACLU provide the Human Rights Committee with an alternate perspective to the U.S. government’s narrative, which is provided in its periodic report on ICCPR compliance. The government’s report is riddled with holes, failing to address serious legal and policy questions raised by the committee and lacking concrete information on state and local compliance with the covenant. The ACLU reports and other submissions seek to fill these gaps, as well as provide the committee with questions and recommendations to pursue with the government during the review process.

President Obama has said “that international law is not an empty promise, and that treaties will be enforced.” This U.N. review provides the Obama administration with an opportunity to revisit policies that violate human rights, and take concrete and effective measures to fulfill the United States’ international commitments. We look forward to engaging with the committee and the U.S. government during the review next month and hope the government seriously addresses human rights concerns and implements recommendations to remedy them.

Follow the U.S. Human Rights Network (@USHRN), whose ICCPR Task Force is co-chaired by the ACLU, to participate in the Day of Action on Twitter between 12 p.m. and 4 p.m. EST.