U.S. Strikes in Syria Are an Illegal Response to Atrocity 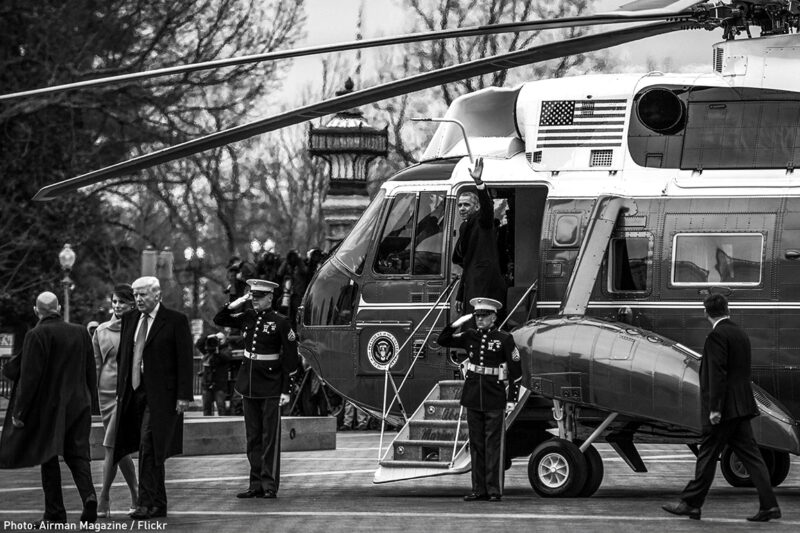 No one disputes that Bashar al-Assad’s use of chemical weapons on Syrian civilians is illegal, immoral, and unacceptable. But Assad’s illegality does not excuse illegality in response.

In the face of constitutional law barring hostile use of force without congressional authorization, and international law forbidding unilateral use of force except in self-defense, President Trump has unilaterally launched strikes against a country that has not attacked us, and without any authorization from Congress. Doing so violates some of the most important legal constraints on the use of force.

In order to ensure that war powers are exercised with wisdom, restraint, and popular approval, our Constitution assigns to Congress its most important and fundamental responsibility: to “declare War” by specifying enemies, defining clear objectives, and setting limits that keep the executive’s power as commander in chief within bounds. This fundamental principle of separation of powers lies at the core of the Constitution and is the foundation of our democratic form of government. That is why, although the ACLU does not take positions on whether military force should be used, we have been steadfast in insisting, from the Vietnam War through the wars in Iraq and strikes in Libya and Syria by the Obama administration, that the decision to use military force requires Congress’ specific, advance authorization.

Yet last night, after the U.S. government used military force against the Syrian government for the first time since the civil war broke out in 2011, the Trump administration claimed, “No authorization from Congress is necessary.” It pointed to “several factors, including promoting regional stability, discouraging the use of chemical weapons, and protecting a civilian population from humanitarian atrocities.” Those arguments do not provide justification for the president to do an end run around the Constitution. As an initial matter, the hypocrisy of this rationale is galling. President Trump is invoking the Syrian government’s killing of helpless men, women, and children — beautiful babies, as he says — when his own Muslim travel ban would exclude those very people from the refuge of the United States.

According to reports, the Trump administration claims that its justification for strikes in Syria is similar to that used by the Obama administration in justifying strikes in Libya in 2011. But invoking the Obama administration’s wrongful precedent — which we and many others criticized as illegal at the time — does not justify still more lawlessness. Absent a sudden attack on the United States that requires a president to take immediate action to repel the attack, no president has the power under the Constitution to decide unilaterally to take the United States into war. Unilateral military action was unlawful when President Obama did it, and it’s unlawful now.

The Trump administration’s strikes also contravene the U.N. Charter, which is a binding treaty obligation for the United States, and helps preserve international peace and security. Article 2(4) of the U.N. Charter prohibits the use of force in the territory of another state unless authorized by the Security Council or in self-defense in response to a sudden attack. Neither condition was met before yesterday’s strike.

These requirements exist for critically important reasons, as history shows. Our nation has a very long and painful history of civil liberties and human rights being jeopardized and violated during war. Under the Bush administration, claims of broad war authority were cited as legal justification for wrongs ranging from torture to indefinite detention without charge or trial to dragnet surveillance. More recently, the Obama administration’s claims of war authority were also used to justify keeping Guantánamo open and killing thousands of people in drone strikes in countries in which and with which the United States is not at war. President Trump has already claimed some of these powers to launch an unprecedented number of strikes in other countries already devastated by war — Yemen and Somalia — resulting in a sharp increase in civilian deaths and suffering.

For all these reasons, we call on Congress to act swiftly and do its job by taking up the monumental question of whether President Trump may continue to use military force in Syria. To do otherwise would be an abdication by Congress of the war powers reserved for it under Article I of the Constitution. And because these monumental decisions must be informed by meaningful public debate, we are also filing a Freedom of Information Act request with the Trump administration seeking its full domestic and international law justification for the strikes in Syria.

President Trump has unilaterally undertaken an act of war. If we are to be a country of laws, we must demand his legal justifications and our representatives in Congress need to ensure that his actions are properly debated and constrained.