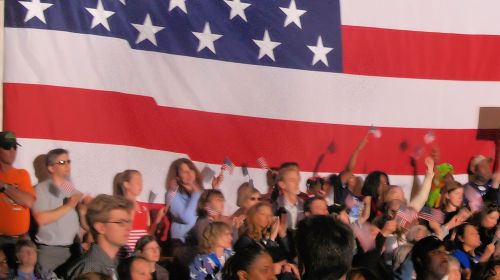 From 2010 until last spring, the Virginia State Police (VSP) maintained a massive database of license plates that allowed them to pinpoint the locations of millions of cars on particular dates and times. Even more disturbing, the agency used automatic license plate readers (ALPRs) to collect information about political activities of law-abiding people. The VSP recorded the license plates of vehicles attending President Obama’s 2009 inauguration, as well as campaign rallies for Obama and vice presidential candidate Sarah Palin. (Documentation of this program, disclosed in response to an ACLU of Virginia public records request, can be found here.) These practices starkly illustrate the need for tight controls on government use of technology for surveillance purposes.

To be sure, there are legitimate law enforcement purposes for ALPR. Some law enforcement agencies maintain “hot lists” of vehicles that are stolen or that have been used in crimes. Data from ALPRs can be instantaneously checked against these lists to quickly locate suspect vehicles. The impact on privacy rights is minimal as long as information about license plates not on the hot list is disposed of promptly.

But by creating and maintaining a database of millions of license plates and targeting political activity, the VSP crossed well over the line from legitimate law enforcement to oppressive surveillance. In the cases of the campaign rallies and the 2009 inauguration, the VSP collected personally identifying information on drivers solely because those drivers were heading to a political event. These drivers were not suspected of or connected to any crime — their only offense was practicing their First Amendment rights to speak freely and assemble peacefully.

Monitoring protests and political rallies will chill this fundamental form of expression. We must be able to participate in demonstrations and campaign events without fearing that our license plate will be scanned and stored by law enforcement. Surveillance or perceived surveillance of political events — especially if participation might be controversial — will make law-abiding people think twice before attending. This is a threat to democracy, and we are not the first to recognize that. Back in 2009, the police themselves beat us to this scoop — the International Association of Chiefs of Police explained that when it comes to license plate readers, “[t]he risk is that individuals will become more cautious in the exercise of their protected rights of expression, protest, association, and political participation because they consider themselves under constant surveillance.”

Belatedly, the VSP asked Attorney General Ken Cuccinelli about the legality of its information-gathering practices. In a strong opinion, Cuccinelli explained that the use of ALPRs for “passive” collection of information violates Virginia’s Government Data Collection and Dissemination Act. That is, law enforcement may use ALPRs to search for specific vehicles suspected of involvement in criminal activity, but it may not simply collect and save data on thousands of vehicles for which there is no grounds for suspicion.

Since the Attorney General’s opinion was issued, the VSP says that it has purged its license plate database and now disposes of such information within 24 hours of collection, unless it is relevant to a clearly defined criminal investigation. But, return of passive data collection should not be just a bad Attorney General opinion away — our lawmakers must act to clearly prohibit the VSP from resurrecting this surveillance in the future.

The VSP’s former use of ALPR data is just one of the ways government uses technology to obtain detailed information about the everyday lives of Americans, along with the National Security Agency’s collection of data on every phone call to or from the United States, or the increasing warrantless tracking of cell phone locations by law enforcement agencies. It is essential that Americans remain alert to these encroachments on liberty and demand that their legislators rein in the use of surveillance technology by local, state, and national government.