Want a Passport? Remember the Addresses of Everywhere You've Ever Lived? 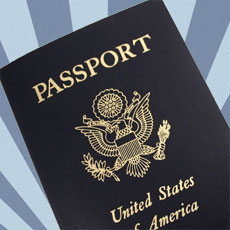 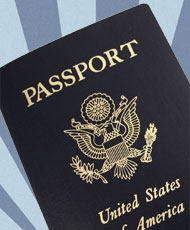 Do you remember the names of all the bosses you’ve ever had? What about the addresses of everywhere you’ve ever lived since birth?

Or better yet: the name and address of your mother’s employer at the time of your birth? And who/where provided her with pre- and post-natal care?

The Department of State (DOS) happens to think these tidbits of your personal history are crucial in its determination of whether to give you a passport.

This kind of information is requested in DOS’s proposed questionnaire for passport applicants. This biographical questionnaire would “supplement an application for a U.S. passport when the applicant submits citizenship or identity evidence that is insufficient or of questionable authenticity.”

If this sounds ridiculous, we couldn’t agree more. We sent a letter to DOS Monday outlining our objections to this proposed rule. We point out that filling out the application “in its entirety,” as it demands, could be impossible for many. What if your mother can’t remember who her doctor was when you were born? What if you were adopted, and don’t even know who your biological mother is? What if your mother is dead? This questionnaire has the potential to discriminate against a new class of people: those who can’t contact their biological mothers. Who would fall into this class? Madonna’s kids, Brangelina’s kids, the children of same-sex couples, children of infertile couples…the list goes on.

Our letter also points out that requiring this kind of information is unconstitutional:

It is hard to square the burden presented by this form with existing constitutional protections. The right to travel outside the United States is a liberty secured to United States citizens and is not subject to restriction without due process of law under the Fifth Amendment…It is not a mere privilege but rather a right available, with some carefully crafted restrictions, to most citizens…Given this established law it is hard to see how access to a passport could be denied to tens of thousands of Americans though what amounts to administrative fiat, the creation of a Kafkaesque form almost impossible to complete.

We also outline our concerns about how this kind of minutia will be shared with an alphabet soup of government agencies (IRS, FBI, ATF, SSA…), pointing out: “Innocent Americans who have done nothing to warrant a suspicion of wrongdoing should fear the creation of a detailed intelligence dossier filled with what amounts to a life history simply because they are seeking passports.”

DOS received more than 900 comments during the open comment period (which expired Monday), so we’re hopeful the proposal will be revised. Stay tuned!