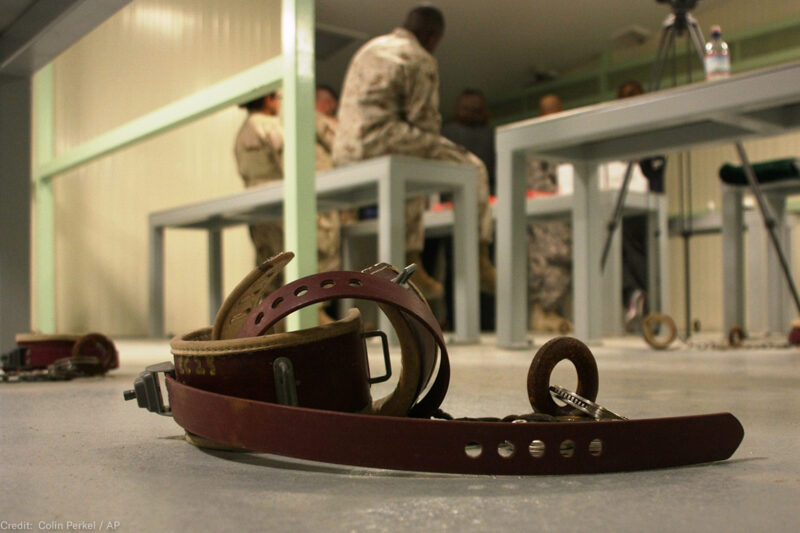 In November 2002, the CIA tortured Gul Rahman to death in a secret prison in Afghanistan. Sixteen years later, Rahman’s family is still desperately trying to find out what the CIA did to his body.

To date, the CIA has told his loved ones nothing, and his daughter cannot even give her father a decent burial.

That same month, Gina Haspel oversaw the torture of Abd al-Rahim al-Nashiri at a CIA black site in Thailand. Sixteen years later, Haspel has been promoted to CIA director by President Trump, while Nashiri remains “one of the most damaged victims of torture” a psychiatric expert has ever seen.

To date, the CIA has told the American public nothing about Haspel’s role in the agency’s torture program — even as it waged an unprecedented propaganda campaign on her behalf to win her Senate confirmation. Even a CIA spokesman confirmed that under the Trump administration, the agency pushed harder than usual to get the American public to accept the CIA’s favored choice for director. And now that Haspel has been installed at the top, she is effectively in control of whether her own record of torture remains secret.

The common thread linking the continued suffering of Rahman’s family and the CIA’s efforts to whitewash Haspel’s history is the agency’s use of extreme secrecy to avoid accountability for its shameful and illegal torture program. To force the CIA to come clean, today we filed two lawsuits under the Freedom of Information Act.

Ever since the torture program began, the CIA has desperately tried to cover up its crimes, no matter the cost to victims and their families — and to our democratic institutions.

Central to the CIA’s discussions about its very first prisoner was a plan to ensure that their crimes would never come to light. In a July 2002 cable, CIA personnel revealed that if the prisoner died under torture, they would cremate the body of the prisoner. That would eliminate the evidence:

But the torturers were worried that, if the prisoner survived, he might one day reveal what the CIA had done to him. So they demanded “reasonable assurances” that the prisoner “will remain in isolation and incommunicado for the remainder of his life.” CIA headquarters readily agreed that the prisoner “will never be placed in a situation where he has any significant contact with others.”

In short, to hide its crimes, the CIA decided that the people it tortured would be “disappeared” — a tactic made infamous by murderous dictatorships around the world. But the agency could not make all its victims vanish, and over the years, the other parts of the government — including the courts and Congress — started to examine the CIA’s crimes. At that point, the CIA doubled down on secrecy, endangering our democratic system of checks and balances.

When some survivors sued their torturers in federal court, the CIA tried to get the cases dismissed by arguing that courts couldn’t even handle considering the claims of torture victims without revealing “state secrets.” Unfortunately, judges largely gave in to these tactics. As a result, our courts were diminished in their vital role as a check on executive power and a means of accountability.

And when it came time for the Senate to consider Trump’s nomination of Gina Haspel to be CIA director, the agency again used secrecy to subvert the process. The CIA ensured that the public confirmation hearings almost entirely hid her role in torture.

Instead of allowing the public to consider Haspel’s actual record, the CIA instead pushed what several senators described as a “superficial narrative” that did “a great disservice to the American people.” Without “meaningful declassification” of Haspel’s actions, the senators wrote, the Senate could not “properly fulfill its constitutional obligation to ‘advise and consent.”

The first lawsuit we filed on Thursday aims to provide Gul Rahman’s family with answers to the questions that have haunted them for 16 years: What became of their loved one? What did the CIA do to his body in an effort to make him disappear?

The second lawsuit demands information on the CIA’s unprecedented propaganda campaign on behalf of Haspel — who was acting CIA director during the confirmation process earlier this year — including her potential conflict of interest in controlling the classification of information related to her personal role in prisoner torture and abuse.

The CIA and Gina Haspel would prefer we forget about what happened in November 2002. But Gul Rahman’s family can’t forget. Abd al-Rahim al-Nashiri can’t forget. And the American public can’t afford to forget either.