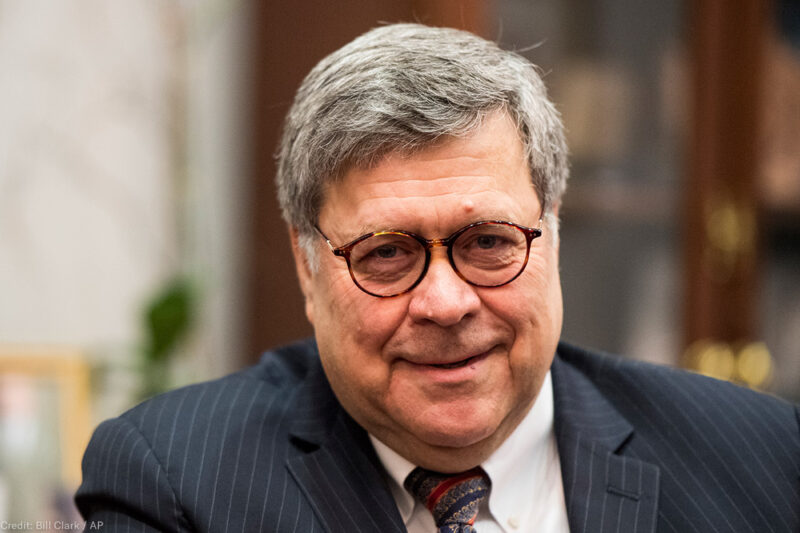 On Tuesday, the Senate Judiciary Committee will begin hearings on William Barr’s nomination to be the next attorney general of the United States, offering senators an opportunity to scrutinize his record and views.

Such scrutiny is especially crucial in the Trump era. As we’ve seen throughout his time in office, from imposing the Muslim ban to the recent shutdown fight over border wall funding, President Trump has tried to use “national security” as a pretext to justify discriminatory or otherwise illegal policies.

That’s why his nomination of William Barr should concern everyone — because Barr has a long record of doing the same thing during the George H.W. Bush administration. If confirmed to be Trump’s attorney general, Barr could enable the president to act on many of his worst instincts.

In the lead up to the Persian Gulf War, the FBI questioned hundreds of Arab-Americans. It claimed these interviews were to solicit information about terrorism. Barr, who served as deputy attorney general at the time, defended the FBI’s actions, insisting that they were needed “to solicit information about potential terrorist activity and to request the future assistance of these individuals.”

Community activists said that the FBI was singling them out and questioning their loyalty because of their identity. Many of the people who were questioned said that they were interrogated about their political views and travel plans and if they personally knew terrorists — based not on actual evidence, but on national origin. As an official charged with upholding the law, Barr should know not only are such practices offensive, ineffective, and a waste of limited resources, but they also undermine the very constitutional rights he swore to protect.

And Barr’s history doesn’t stop there.

Following the 1988 Lockerbie Bombings, Barr floated the idea of the president convening secret military tribunals to try people accused of involvement with suspected terrorist activities. Barr revived the idea of secret military trials after the 9/11 attacks and testified in support of President George W. Bush’s decision to order them without congressional authorization.

Barr told the Senate that the president has the power to order such trials as long as he cites “national defense” interests. Barr said that “no war need be declared for this power to come into being,” and that there is “no geographical limit” for the president to exercise such powers. Anyone declared a foreign adversary, he said, “is not entitled to constitutional protections.”

More recently, Barr’s belief that the president has virtually unchecked security powers is also seen in his defense of the first version of Trump’s Muslim ban.

Such beliefs are in keeping with his sweeping views of executive power. Indeed, Barr has said that “the real threat to domestic liberties is the artificial restriction of our powers of national defense by gratuitously expanding constitutional guarantees beyond their intended office.”

Barr’s nomination should trouble anyone worried about executive overreach, especially as Trump is trying to go beyond his authority to ban asylum-seekers and expand detention, including the separation of parents from their children.

During the George H.W. Bush-era, Barr endorsed the administration’s use of the U.S. Naval Base at Guantanamo Bay to detain Haitians seeking asylum in the U.S., denying them access to legal advice during their asylum proceedings. A federal judge rebuked the government for indefinitely detaining the Haitians and denying them access to legal counsel.

The Trump administration, meanwhile, has announced that it will force asylum seekers to wait in Mexico while their claims for protection are processed. And right now, the president is threatening to formally declare a national emergency in order to build his border wall without congressional approval or appropriations.

As Trump leads attacks on civil liberties and the rule of law, often by making false claims about national security, senators must ask Barr about his troubling record and make sure that he will not become a rubber stamp for the president’s unlawful actions.