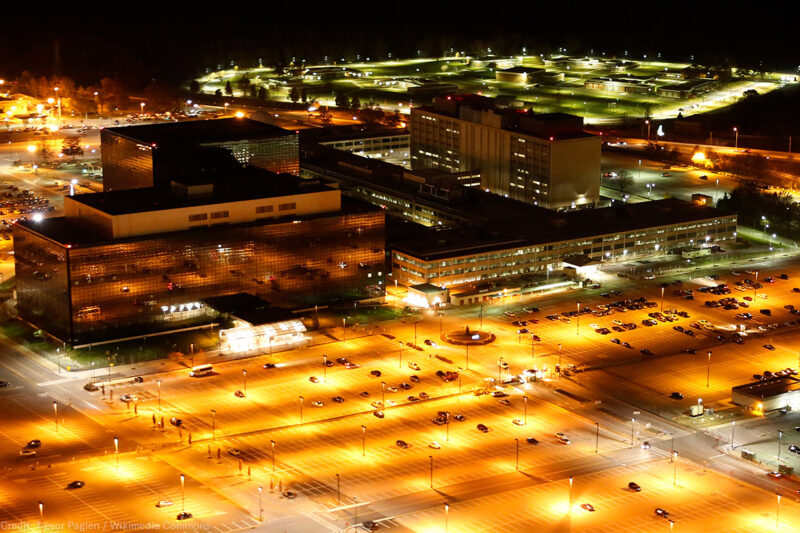 William Barr, President Trump’s nominee for attorney general, has a history of getting it wrong. From designing warrantless surveillance programs to justifying the president’s power to disregard acts of Congress, Barr has advanced dubious legal theories that have been rejected by the courts, Congress, and the public.

As Barr begins the confirmation process, senators must question Barr on his record regarding the right to privacy and the Fourth Amendment — which raises serious concerns about his suitability to be attorney general. Barr has violated or supported violations of Americans constitutional rights, leaving a disastrous legacy of warrantless spying and government abuse.

While serving in the George H.W. Bush administration, Barr helped develop what became a “blueprint” for the National Security Agency’s mass phone surveillance program. In 1992, he and his then-deputy Robert Mueller authorized the Drug Enforcement Administration to begin amassing phone call data in bulk, ordering telephone companies to secretly hand over the records of all phone calls from the U.S. to countries — which eventually grew to be well over 100 nations — where the government believed drug traffickers were operating.

As USA Today reported when the DEA program came to light, it “was the government’s first known effort to gather data on Americans in bulk, sweeping up records of telephone calls made by millions of U.S. citizens regardless of whether they were suspected of a crime.”

The DEA program ultimately became a model for the NSA’s phone records collection program under the Patriot Act of 2001, which the agency used to collect the domestic call records of tens of millions of Americans. The NSA program, exposed by NSA whistleblower Edward Snowden, was found to be illegal by a federal appeals court, and in 2015 Congress voted on a bipartisan basis to partially reform it. Barr, unsurprisingly, was an ardent supporter of the Patriot Act when it was enacted. In fact, he said the law didn’t go far enough.

Congress should question Barr about whether he will be a roadblock to still-needed surveillance reforms and whether he believes the government has the power to resurrect or expand warrantless spying programs.

In the George W. Bush era, during which Barr served as executive vice president and general counsel at Verizon, the telecom giant participated in a massive, warrantless surveillance program known as Stellar Wind. Under Barr’s watch, Verizon allowed the NSA to intercept the contents of Americans’ phone calls and emails and to vacuum up in bulk the metadata associated with Americans’ phone calls and internet activities.

This surveillance was prohibited by the Foreign Intelligence Surveillance Act (FISA), which Congress passed to regulate government surveillance practices and prevent abuses. The Justice Department eventually concluded in 2004 that portions of the program were illegal. Exact dates of Verizon’s involvement are not known, though documents suggest they participated at least as early as 2007. Other portions proved to be a forerunner of the NSA’s Upstream surveillance program, which the government continues to use today to unlawfully search Americans’ emails and internet communications without a warrant.

As Verizon’s general counsel, Barr later lobbied Congress to give telecom companies retroactive and future immunity from private lawsuits for participating in illegal surveillance programs, which would make sure that companies like Verizon would never be held accountable for helping the government violate Americans’ privacy.

Barr himself has held the legal position that Americans do not have a Fourth Amendment-protected privacy interest in data held by third parties — a view that the Supreme Court declined to adopt in last year’s pro-privacy ruling about cellphone location tracking by police.

Senators should question Barr on whether he still holds the position that individual’s do not have a Fourth Amendment-protected interest in information held by third parties. In addition, they should question whether he will support actions that widen the surveillance dragnet, as his history at Verizon suggests that he will have few qualms about conscripting other private companies — including tech giants like Facebook and Google — into handing over private user information to the government.

Barr is also an advocate of sweeping executive authority, which would have major implications for oversight. In a 1989 memo, Barr, then serving as assistant attorney general for the Justice Department’s Office of Legal Counsel, raised doubts about the ability of Congress to limit the executive branch’s powers, and he has even argued that the FISA law is too restrictive and that the president can disregard its limits under the guise of fighting terrorism.

As long as the president invokes national defense, Barr believes an administration could embark on virtually any endeavor. This philosophy helped lend credence to the radical theory that the executive branch has nearly unlimited counterterrorism powers that Congress cannot regulate, which is shared by the likes of John Yoo, who in the George W. Bush administration worked to justify the Stellar Wind program and torture.

This theory could be used as justification to flout laws passed by Congress addressing everything from foreign policy to immigration to domestic law enforcement.

The Trump administration, with help from Congress, has already done grave harm to our right to privacy. While Trump has raised concerns about perceived surveillance abuses, albeit often with false and misleading claims, he signed into law the FISA Amendments Reauthorization Act, which arguably codified and expanded certain surveillance powers.

Barr’s nomination is more evidence that the Trump administration will continue to pursue vast surveillance powers at the expense of our Fourth Amendment rights and will have little respect for Congress’ power. Members of the Senate Judiciary Committee must seize their opportunity to question Barr thoroughly and determine whether he will protect Americans from government intrusions and expansive executive power if he’s returned to run the Justice Department for a second time.