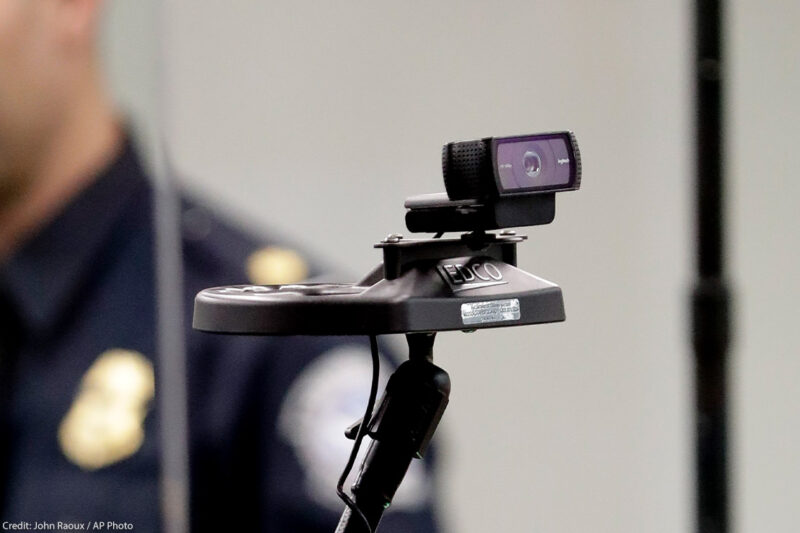 Congress can — and must — make 2020 the year we rein this technology in once and for all.

In 2019, we proved face recognition surveillance isn’t inevitable. Now, it’s time for Congress to rein in the technology once and for all.

Last year, communities banded together to prove that they can — and will — defend their privacy rights. As part of ACLU-led campaigns, three California cities — San Francisco, Berkeley, and Oakland — as well as three Massachusetts municipalities — Somerville, Northhampton, and Brookline — banned the government’s use of face recognition from their communities. Following another ACLU effort, the state of California blocked police body cam use of the technology — forcing San Diego’s police department to shutter its massive face surveillance flop. And in New York City, tenants successfully fended off their landlord’s efforts to install face surveillance.

Even the private sector demonstrated it had a responsibility to act in the face of the growing threat of face surveillance. Axon, the country’s largest body camera supplier, announced it would ban face recognition on its products for the foreseeable future.

With Congress today holding its first hearing of 2020 on face recognition, it’s critical that lawmakers heed this unmistakable message from constituents: Face recognition surveillance has no place in our communities.

Face recognition offers governments a surveillance capability unlike any other technology in the past. The powerful capability can enable the government to identify who attends protests, political rallies, church, or AA meetings on an unprecedented scale. In China, the government is already using face recognition surveillance to track and control ethnic minorities, including Uighurs. Protesters in Hong Kong have had to resort to wearing masks to trick Big Brother’s ever-watchful eye.

In the United States, federal and local law enforcement agencies have been eagerly adopting this technology too, often in secret, at the urging of private companies, and despite widespread evidence that the technology is biased.

In 2018, an ACLU report revealed Amazon was actively helping multiple police departments deploy the technology in communities. A Georgetown University report revealed that the NYPD used altered photos, artist sketches, and celebrity look-alikes when trying to find criminal suspects using face recognition. And just a few months ago, a massive government study of nearly 200 face recognition algorithms further confirmed that the technology is flawed and biased. For instance, false positives were found to be between two and five times higher for women than men.

One false match can lead to missed flights, lengthy interrogations, tense police encounters, false arrests, or worse. But the technology’s flaws are only one concern. Accurate or not, face recognition technology threatens to forever alter our free society, eroding the little remaining semblance of privacy guaranteed under the Fourth Amendment and turning us all into subjects to be monitored, tracked, and scrutinized wherever we go.

As Congress continues to hear from experts on face recognition, it is critical that it move fast to put the brakes on this technology. It must also press government agencies to disclose when, where, and how law enforcement agencies are using the technology, and what safeguards, if any, are in place to protect our rights.

At the same time, Congress must investigate the technology companies arming law enforcement with this surveillance technology. They should have hearings forcing companies who continue to stonewall Congress to disclose how they are marketing their technology, who they are selling it to, and the representations they have made about its efficacy. As part of these hearings, they should request and make public documents revealing which government agencies use face recognition and from which companies the agencies have purchased this technology. It is unacceptable that many of these companies tout transparency on one end but then on the other end stonewall Congress and continue to secretly do business with law enforcement agencies, often under secrecy agreements.

There can be no accountability if there is no transparency. And communities are demanding action.

In 2019, we proved a face surveillance dystopia isn’t inevitable. Congress can — and must — make 2020 the year we rein this technology in once and for all.