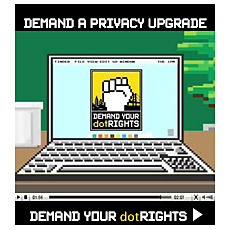 So, you’ve done it all right. You’ve meticulously chosen your Facebook privacy settings so that only your closest friends can see the most personal information about you. No one else has access. Or so you think.

Turns out, it’s more like your designated closest friends and anyone who advertises on Facebook. (And, P.S., anyone *can* advertise on Facebook. Doesn’t have to be a business.) Sure, advertisers aren’t given the exact identities of the individuals who are served their ads, but given the precise way that advertisers can choose their target audience — by some combination of location, age, interests, employer, etc. — anyone with a few cents to spend on an ad can undoubtedly unmask your most personal details if he/she wants to. In fact, Stanford Computer Science researcher Aleksandra Korolova has done just that. (Don’t worry — she targeted a friend whose personal information she already knew and did it in order to prove a point to Facebook.)

And even if you’re not worried about a stalker taking up advertising or an advertiser taking up stalking, there’s still reason for concern. Just ask the gay British teen whose parents reportedly threw him out of the house after seeing his Facebook homepage when he stepped away from the computer but left himself logged into Facebook. Knowing his parents’ homophobia, he had deliberately excluded any reference to his sexual orientation from his profile, but based on his online activities and relationships, he was served ads targeting gay men anyway. So, when his parents viewed his page, they saw the information he had posted as well as the gay content he had no control over. And threw him out of his own home. Perhaps the parents’ tragic anti-gay bias is more at fault than Facebook, and we certainly have a long way to go to create a world — and families — where all LGBT youth (who want to) can live openly and safely. (For more information on critically important work being done to decrease family rejection and increase support for LGBT youth, check out the Family Acceptance Project.)

In the meantime, Facebook shouldn’t exacerbate the problem and should only target ads based on information in individuals’ public profiles. If you agree, tell Facebook to make that change, and until they do, you may want to be extra careful about logging out of your account on shared computers and being cognizant of who’s looking over your shoulder when you’re online.