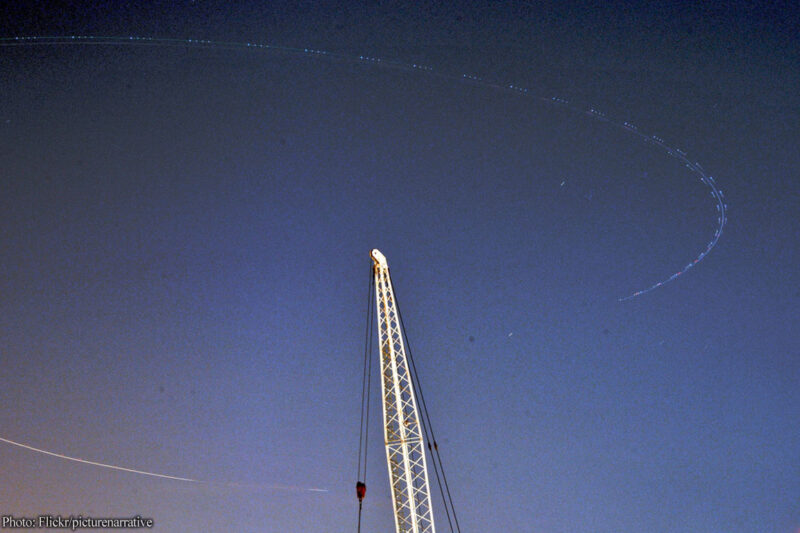 In November 2014, the ACLU sent a Freedom of Information Act request to several federal law enforcement agencies seeking information on their use of cell site simulators mounted on aircraft to track and locate cell phones, and today we’re releasing the records we obtained. Cell site simulators, also known as Stingrays, raise privacy concerns because they can sweep up information about bystanders’ phones and precisely locate people, including inside their homes. Flying a Stingray over a major metropolitan area magnifies the concern by subjecting potentially large numbers of bystanders to privacy violations.

The FOIA request, sent to the U.S. Marshals Service, FBI, Drug Enforcement Administration, and Immigration and Customs Enforcement, followed a Wall Street Journal report revealing that the Marshals Service has been using the airborne cell phone trackers since 2007.

Perhaps most interesting are 187 pages of contracts and other purchase records from the Marshals Service. These documents show more than $10 million ($10,704,359) in hardware and software purchases from the Harris Corporation, the leading U.S. vendor of cell site simulators, from 2009 to 2014. Although the names of the specific items purchased are redacted, the records do explain that the technology is needed “to aid in the apprehension of fugitives” and note that the devices “are relatively low in power consumption and can be operated via standard automotive 12V DC or standard 110V,” meaning they are portable and easily installed in vehicles.

Oddly, the Marshals Service provided only records of purchases from the Harris Corporation, with no records of purchases from Digital Receiver Technology (DRT). According to The Wall Street Journal, the marshals use DRT’s technology, known as “DRTboxes” or “dirtboxes,” for airborne operations. This strongly suggests that the Marshals Service withheld relevant records from their response. It is unclear whether the Harris equipment is also installed on aircraft, or whether it is used to track suspects from vehicles nm on the ground. Either way, $10 million of cell site simulator equipment helps explain how the Marshals Service surreptitiously tracked phones nearly 6,000 times in recent years.

The DEA released records showing that its El Paso Division purchased $412,871 in cell site simulator equipment in 2013, including upgrading three Stingray I and Stingray II cell site simulators used by its El Paso and Albuquerque offices to the newer Hailstorm model. A memo explains that the “Hailstorm upgrade will enhance our cellular telephone tracking capabilities significantly and will allow DEA personnel to target, locate, and track all cellular telephones, to include 4G capable ‘smartphones.’” Although the purchase records say nothing about airborne use of the devices, the DEA’s response letter to us makes clear that they knew we were seeking information about cell site simulators deployed on aircraft.

ICE gets the prize for the least helpful response. They initially told us that a search of their files turned up no responsive records. After we explained that they had already made public a document regarding purchase of a Stingray II “Airborne Flight Kit” and a training course on “Stingray II operations from an airborne platform,” ICE agreed to search again. A second search still turned up no responsive records. ICE informed us that Homeland Security Investigations “does not utilize cell site simulator technology as described in your FOIA request,” notwithstanding the already-public documents.

Other of the records disclosed to us were made public last week by the Electronic Frontier Foundation, which is litigating a similar FOIA request. Hundreds of pages of documents from the FBI, for example, show FBI personnel struggling to figure out how many times the agency had used cell site simulators in “aerial missions” (approximately five) and to develop a policy governing their use. They also show the purchase of an Airborne Kit for a Stingray.

The heavily redacted documents we obtained shed a bit of additional light on use of invasive cell site simulators on aircraft. But because the privacy implications of this technology are acute — using a Stingray or Dirtbox from an airplane can capture information about large numbers of bystanders’ phones — the government needs to release more illuminating details than what they have made public so far.