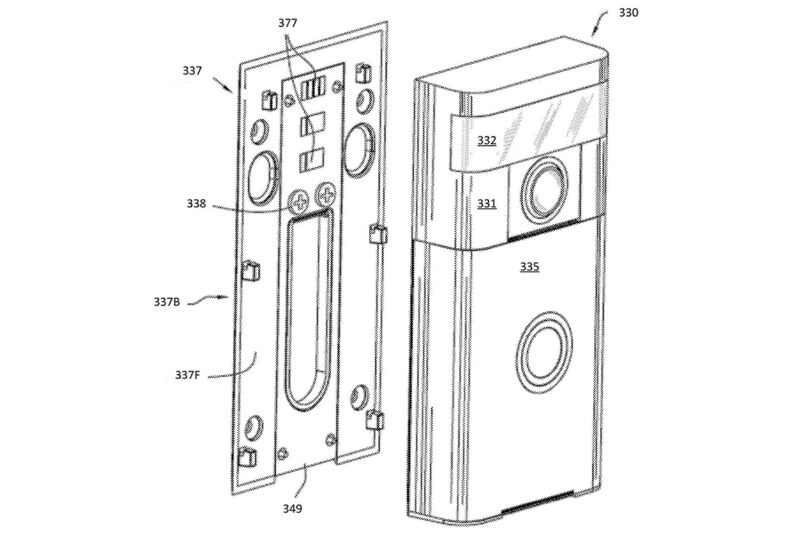 Recently, a patent application from Amazon became public that would pair face surveillance — like Rekognition, the product that the company is aggressively marketing to police and Immigration and Customs Enforcement — with Ring, a doorbell camera company that Amazon bought earlier this year.

While the details are sketchy, the application describes a system that the police can use to match the faces of people walking by a doorbell camera with a photo database of persons they deem “suspicious.” Likewise, homeowners can also add photos of “suspicious” people into the system and then the doorbell’s facial recognition program will scan anyone passing their home. In either case, if a match occurs, the person’s face can be automatically sent to law enforcement, and the police could arrive in minutes.

As a former patent litigator, I’ve spent a lot of time reading patents. It’s rare for patent applications to lay out, in such nightmarish detail, the world a company wants to bring about. Amazon is dreaming of a dangerous future, with its technology at the center of a massive decentralized surveillance network, running real-time facial recognition on members of the public using cameras installed in people’s doorbells.

The ACLU and other civil rights groups have repeatedly warned that face surveillance poses an unprecedented threat to civil liberties and civil rights that must be stopped before it becomes widespread. The history of discriminatory government surveillance makes clear that face surveillance will disproportionately harm people already targeted by the government and subjected to racial profiling and abuse — immigrants, people of color, and the formerly incarcerated.

The ACLU’s test is consistent with academic research demonstrating that face surveillance technology is less accurate for darker skinned faces and women. These systems threaten to further entangle people with law enforcement, ripping families apart and increasing the likelihood of racially biased police violence. In addition, this technology puts activists and protesters in danger when exercising their First Amendment rights.

Despite the risks to civil liberties and racial justice, Amazon has chosen to ignore questions from members of Congress and calls from consumers, civil rights groups, and its own employees and shareholders to take responsibility for the consequences of its technology on communities where it is deployed.

This patent application also suggests that Amazon has no plans to stop at identifying people based on their faces. The company anticipates targeting an arsenal of other biometrics, including fingerprints, skin-texture analysis, DNA, palm-vein analysis, hand geometry, iris recognition, odor/scent recognition, and even behavioral characteristics, like typing rhythm, gait, and voice recognition. 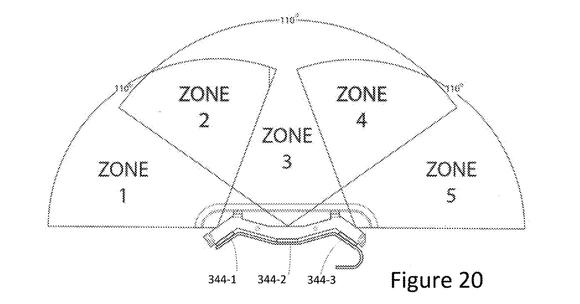 Imagine if a neighborhood was set up with these doorbell cameras. Simply walking up to a friend’s house could result in your face, your fingerprint, or your voice being flagged as “suspicious” and delivered to a government database without your knowledge or consent. With Amazon selling the devices, operating the servers, and pushing the technology on law enforcement, the company is building all the pieces of a surveillance network, reaching from the government all the way to our front doors.

Don’t expect Amazon to limit tracking technologies to doorbells or homes. The patent application makes clear that any audio/visual device — such as Amazon’s popular line of Echo products — can be outfitted with the appropriate biometric surveillance features. It confirms that Amazon wants to enable the tracking of everyone, everywhere, all the time. And it’s apparently happy to deliver that data to the government.

The application also undercuts Amazon’s own purported defense of its face surveillance product. The company has told the public that biometrics should only be used by law enforcement as an aid, not a replacement, to human judgment. But Amazon’s patent application is pushing the technology toward automation, removing human judgment from the identification process, and instead potentially relying on data, like arrest photos, that itself is a record of racially discriminatory policing.

Amazon is building the tools for authoritarian surveillance that advocates, activists, community leaders, politicians, and experts have repeatedly warned against. It is doing so without regard for how the technology will be exploited by law enforcement, ICE, and other government agencies prone to violence and racial discrimination. It’s time for Amazon to take responsibility and stop chasing profit at the expense of safety and civil rights.