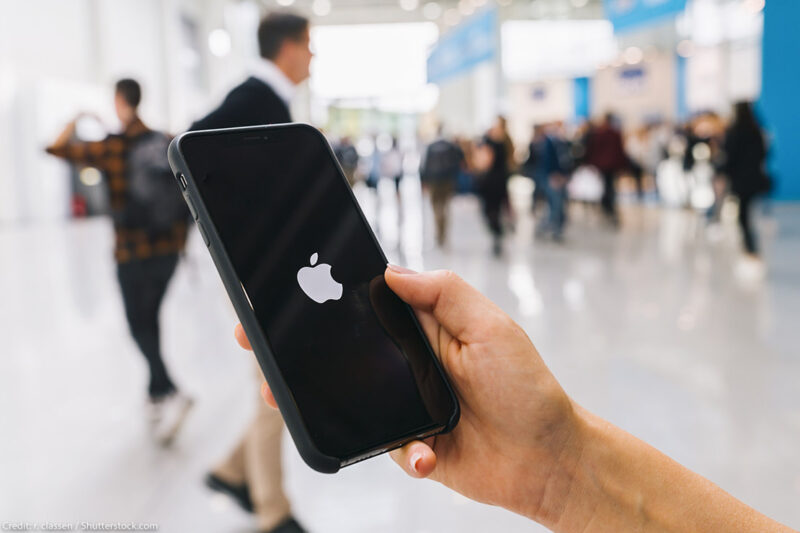 The tech giant’s latest proposal paves the way for even more intrusions on privacy and abuses of power.

Apple recently announced upcoming changes in how it handles photos on iPhones. These changes are a step toward significantly worse privacy for all iPhone users, and are especially troubling for activists, dissidents, whistleblowers, members of oppressed groups like LGBTQ people, people of color, those facing religious persecution, and other vulnerable people.

We are concerned that governments will exploit these changes to conduct far-reaching surveillance, and that the new system could normalize government spying on our personal phones and computers, leaving no remaining places where digital privacy is still possible. This should worry everyone: Privacy is central to our identities and our autonomy — our ability to control information and our sense of self, as well as our interactions with others, free from government intervention.

Apple announced several changes at once, but the most worrisome part of its new plan is a system to scan for certain photos on iPhones — specifically, “child sexual abuse material,” or CSAM. It plans to do this scanning on iPhone users’ pictures before they are backed up to Apple’s iCloud servers. Future iPhones will use cryptography — fancy math — in an effort to ensure that, if everything works as advertised, Apple learns only when a user has uploaded a threshold number of images that match known CSAM.

Privacy advocates, technologists, and human rights groups quickly pointed out that Apple is building a new form of surveillance, a tool that scans material on your phone (client-side scanning) rather than on its servers (server-side scanning). This poses serious risks to privacy and civil liberties. Apple can already scan and view images uploaded to iCloud if it wants to because the company has the keys to decrypt iCloud backups. Apple backed away from an earlier attempt to lock itself out of users’ iCloud data. And it already turns over iCloud photos to law enforcement in some cases. Without encrypting these backups with keys the company does not have, they remain subject to government intrusion. Now Apple plans to scan material on the iPhone too.

Apple appears to be making three promises about this client-side CSAM scanning:

Here’s our take on those claims:

Apple is notoriously litigious when it comes to people analyzing their software. The latest turn: It only recently decided to settle litigation against a company called Corellium for distributing a tool that makes it easier for people to analyze the iPhone operating system. On forums where researchers obtain prototypes and software for analysis, Apple appears to have had a “double agent” who shared with Apple the personal information of journalists who had relationships with leakers and sellers.

We don’t have confidence that Apple will support researchers trying to understand its scanning system. And even with strong transparency (fully free/libre open source software, binary transparency, visible software updates, etc.), what would happen if Apple were to renege on any of its promises, either for business reasons or under government coercion? Could anyone stop it, and would there be any meaningful consequences?

Only a Single Global CSAM Database

China recently legally banned a set of Karaoke songs. Ukraine recently upheld a ban on communist and Nazi imagery. Hong Kong is prosecuting union members over production of a series of children’s books. Brazil ordered the arrest of tech executives based on their company’s refusal to comply with government orders related to banned material or government assistance. Thailand prohibits images insulting the king. How will Apple respond to demands that it find a way to search for these materials on iPhones? In a different context — personalized iPhone cases — Apple censors political content sometimes without legal justification, internal consistency, or transparency.

Given the widespread interests of governments around the world, we cannot be sure Apple will always resist demands that iPhones be scanned for additional selected material.

While Apple is building a tool to scan photos against a single, globally installed CSAM database, other databases could be added to the system. Apple could be compelled by legal or economic pressure to add a database of images labeled as “terrorism,” “hate speech,” or some other “objectionable” content as defined by regimes around the world. This system could be transformed into a tool for censorship and broad surveillance. It could be very hard for the company to resist making such a change in the face of legal obligation or political pressure.

Finally, once this system is deployed, Apple will be under pressure to scan more than just iCloud photos. Entities pushing for surveillance will argue that if Apple can gather information about some images on the iPhone, why not all of them? Governments likely want to know about photos shared in encrypted iMessage conversations, or even privately taken photos that were never shared with anyone. From photos, the pressure will grow to scan the other sensitive and revealing types of information stored on a phone, such as conversations, search histories, health data, and more.

If Apple acquiesces to these pressures, and iMessage conversations are scanned, other encrypted messaging systems would be under even more pressure to follow suit, scanning images and text before or after they are sent. As the operating system vendor, Apple could face demands to scan images sent or received through other encrypted messaging apps, since those apps use the OS to store images and display them to the user. Any of these outcomes would be a devastating blow to the public’s ability to conduct secure confidential communications.

What Happens on Your iPhone…

Some observers have speculated that this new plan is a precursor to Apple securing iCloud backups in a way that even Apple cannot see them, by end-to-end encrypting them with keys the company does not have. This speculation is exciting, but Apple has made no such representations. If Apple’s proposed system is offered as a tradeoff that gives the public end-to-end encrypted photos in iCloud, then we ought to be having that conversation in full. But the scheme as currently proposed is worse than the status quo, and has genuinely dangerous potential.

Society needs private space — for discussion, for communication, and for emotional and social growth and transition. Moreover, when governments can easily intrude into our “private sphere,” we lose more than just privacy and control over our information: free speech, security, and equality suffer as well. We have already seen all too often how governments misuse and abuse surveillance to target political opponents, disfavored groups, and protestors. Private companies building tools that could greatly expand surveillance pave the way for even greater abuses of power. The data on our mobile devices reflect our thoughts, our conversations, and what we see around us. Governments want to know this stuff. We have to be sure, then, that Apple is not creating a system that will ultimately be used to destroy the remaining private space contained on our devices.