An Arizona Law Requires Surveillance of People Who Are Presumed Innocent 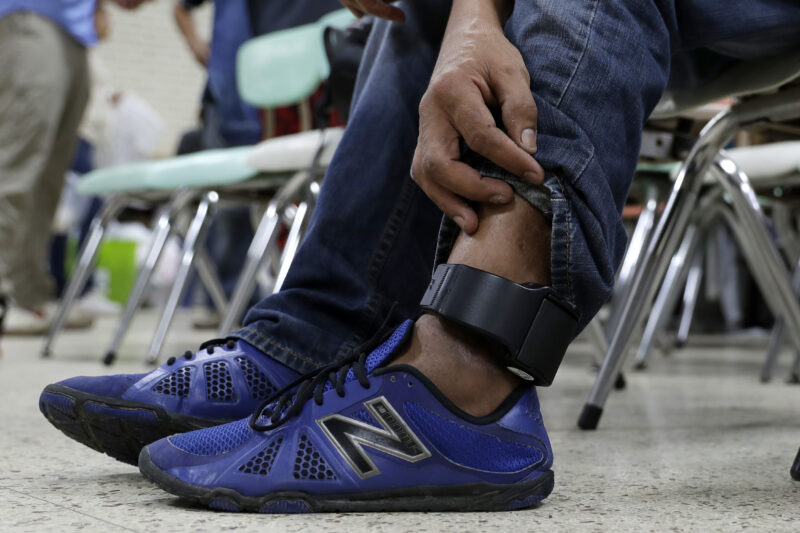 A pillar of our democracy is the presumption of innocence: before a person has been convicted of a crime, they are considered completely innocent under the law. Yet across the country, people who have not been convicted are punished—both explicitly and implicitly—based on the mistaken assumption that they are dangerous, purely on the basis of an accusation. We do not live in a society where you can be incarcerated or monitored simply because you have been accused of a crime. Doing so violates constitutional rights, fuels mass incarceration, and impedes a fair and functioning justice system.

Arguably, the most important moment in one’s case is the decision whether to release an arrested person on bail, and if so under what conditions. Nothing predicts a later criminal conviction more than being jailed pretrial. The difference between being locked behind bars or able to return to your family, maintain your job, and work with a lawyer to defend yourself can make or break your chances of winning your case. All too often, people succumb to the pressure to plead guilty—regardless of actual guilt—because of the horrors of incarceration.

Even for those who are released pretrial, the ordeal doesn’t end. Increasingly, presumptively innocent people are subject to onerous and expensive conditions upon their pretrial release such as ankle monitoring, drug testing, or physical checks ins with probation officers. In much of the country, people released may have to pay for the costs of any such conditions, which can cost hundreds of dollars every month.

But this critical pretrial decision is often infected by a knee-jerk fear: Simply because a person is accused of a given crime, they must be dangerous. This tendency undermines the presumption of innocence and is out of touch with reality. Over 98 percent of people released pretrial with pending felonies avoid arrest for a violent felony.

Arizona provides key examples of problematic presumptions of dangerousness. In 2002, Arizona voters passed a ballot initiative requiring that people accused of various crimes sit in jail pending trial. The ballot initiative was based entirely on fear-mongering, claiming without evidence that “it has happened time and again” that “slick defense lawyers” get bond amounts reduced and were thus “allowing predators back on the street for just a few hundred dollars.” We argued that these automatic jail laws were unconstitutional, and the Arizona Supreme Court struck down two provisions. The message was clear: You cannot presume someone is dangerous based simply on charge, even if the allegations are serious. Individuals deserve a determination of their pretrial freedom based on their specific circumstances.

However, Arizona still has laws on the books that shortchange crucial individualization pretrial. Under one state law, anyone accused of a sex offense is put on 24/7 GPS monitoring as a mandatory condition of their release. This means people have to wear an ankle monitor that tracks their every move, requires charging every day, and can be extremely stigmatizing to wear. In Mohave County, people have the added burden of having to pay a private, for-profit company for their monitoring, which can range between $8-$20 per day and run up to hundreds of dollars each month. If someone cannot afford these fees, they are thrown back in jail, which churns more people into the mass incarceration machine.

Those facing monitoring in Arizona, including our clients, have been accused of serious crimes. However, mandatory monitoring over an entire category of charges does not allow consideration of the facts of each specific case, and is clearly unconstitutional. Under current Arizona law, an 18-year-old with a partner who is 17 would be subjected to automatic monitoring if charged, as would a woman accused of indecent exposure if a person younger than 15 saw her breasts. Further, many people are wrongfully accused and overcharged: A third of all felony cases end in dismissal nationwide. And police and prosecutors have wide latitude to make charging decisions—with a documented history of harming people of color in particular—and may choose to tack on a higher charge to trigger the monitoring condition even where the evidence is thin.

Just because someone has been accused of a serious crime does not mean they are dangerous. Nor do they forfeit their constitutional rights. The Supreme Court made clear nearly seventy years ago that adding onerous bail requirements simply based on the crime charged is arbitrary and totalitarian. We must continue to fight to ensure these principles of our democracy are made meaningful in practice. We’ll be in court on August 22nd fighting against Arizona’s pretrial shortcuts to ensure that everyone is afforded their constitutional right to the presumption of innocence.