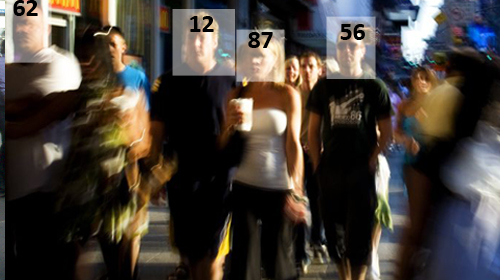 The Verge had a story last week (expanding on an August report from the Chicago Tribune that I’d missed) that the Chicago police have created a list of the “400 most dangerous people in Chicago.” The Trib reported on one fellow, who had no criminal arrests, expressing surprise over having received a visit from the police and being told he was on this list. A 17-year-old girl was also shocked when told she was on the list.

The database, according to the Verge, is based on historical crime information, disturbance calls, and suspicious person reports. The CPD’s list is heavily based on social network analysis (which is interesting considering the debates now swirling around the uses of metadata and the analysis such data enables). A sociologist whose work inspired the list, Andrew Papachristos, told the author of a Chicago Magazine piece (which goes into some interesting depth on some of the theory behind the list): “It’s not just about your friends and who you’re hanging out with, it’s actually the structure of these networks that matter.”

The list was funded through a Justice Department grant known as “Two Degrees of Association.” (At least that’s one less hop than the NSA uses.)

I’m still consistently surprised how often things we worry about in the abstract actually show up in the real world. For years, privacy advocates have been warning about how databases might be mined by the authorities for information used to label, sort, and prejudge people. True, there are all too many precedents for this sort of thing, including the CAPPS II program proposed early in the Bush Administration, the nation’s terrorist watch lists, various police gang lists, and the Automated Targeting System. The TSA’s Pre-Check whitelist is also a cousin of this kind of program. All are based on using various information sources and grinding them through one or another logic engines to spit out a judgment about individuals and their supposed dangerousness or safeness as a human being. But still, this program amazes me in how starkly it replicates the kinds of things we have been warning about in many different contexts.

Just two weeks ago, for example, I was asked by several news outlets what we think about police officers using Google Glass. I told them that Glass is basically a body camera, and that the issues were the same as those outlined in our white paper on police use of that technology. The principal difference between Glass and the body cameras being marketed to police is that Glass can also display information. I said this shouldn’t be a problem—unless (I added almost apologetically because of the slightly fanciful nature of this point) the police started using them with face recognition to display some kind of rating or warning for individuals who have been somehow determined to be untrustworthy.

“Of course, that’s not a problem today,” I said, “it’s more of a futuristic concern.”

Ha! Barely a week later, that scenario doesn’t seem so futuristic any more to me, especially at a time when some want to use face recognition to warn them when someone on a blacklist tries to enter a store or school. (True, Google doesn’t currently permit FaceRec apps on Glass, but it’s unclear how long that will last.)

Some further points and questions about Chicago’s heat list:

Overall, the key question is this: will being flagged by these systems lead to good things in a person’s life, like increased support, opportunities, and chances to escape crime—or bad things, such as surveillance and prejudicial encounters with the police? Unfortunately, there are all too many reasons to worry that this program will veer towards the worst nightmares of those who have been closely watching the growth of the data-based society.