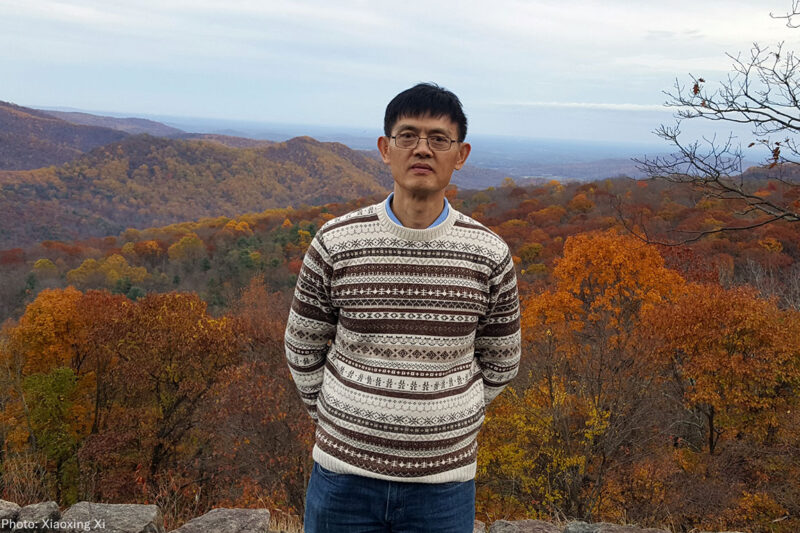 Most of the innocent people whose emails and phone calls the government spies on never find out. Not so for Professor Xiaoxing Xi, a Chinese-American physics professor at Temple University.

One morning in May 2015, FBI agents showed up at Professor Xi’s house before dawn. They arrested him at gunpoint while his wife and daughters looked on, and went through the family’s home from top to bottom. The government charged Professor Xi with wire fraud, but in its court filings, it cast him as a spy for China who shared sensitive technology.

Four agonizing months later, all charges were dropped. Government agents, he learned, had been secretly spying on his private communications, possibly for years, using tools designed for pursuing foreign agents. Yet the indictment that resulted from this investigation was simply wrong and, ultimately, appeared to be based on misrepresentations about scientific facts and technology.

Today, the ACLU is joining a civil rights lawsuit brought by Professor Xi seeking damages against the government and individual FBI agents who pursued the indictment in his case. Alongside our co-counsel, we are filing an amended complaint that sets out troubling allegations of unconstitutional government conduct (elaborating on claims originally filed in May 2017). The complaint challenges the government’s baseless and malicious prosecution of Professor Xi, as well as the invasive surveillance tools that agents apparently used to spy on him and his family without cause. It also alleges that Professor Xi was subject to the same bias and discrimination that has led the FBI and the Justice Department to wrongly pursue and prosecute several other innocent Americans of Chinese descent.

The criminal indictment incorrectly alleged that Professor Xi shared information about a device called a “pocket heater,” in violation of an agreement he made to keep its design a secret. To support these charges, the indictment cited emails that Professor Xi had exchanged with his colleagues in China. In reality, however, Professor Xi’s emails concerned a completely different kind of technology and had nothing to do with a pocket heater at all. Indeed, Professor Xi was engaged in lawful and routine academic collaboration. Once Professor Xi and his defense attorneys presented this information to the prosecutors, the government dismissed the indictment.

Before Professor Xi’s arrest, the government secretly used some of its most powerful spying tools to listen in on his phone calls and read through his emails. Some of this surveillance was authorized by the secret Foreign Intelligence Surveillance Court, presumably based on the same incorrect allegations contained in the criminal indictment. But, as the complaint explains, other elements of this secret surveillance were completely warrantless — and were conducted under two controversial spying authorities known as Section 702 of the Foreign Intelligence Surveillance Act and Executive Order 12333. These surveillance tools affect countless Americans, and the fact that they can be misused to invade Americans’ privacy and pursue criminal investigations — without the government first getting a warrant — is deeply disturbing.

The government uses Section 702 and Executive Order 12333 to access Americans’ international emails and phone calls on a vast scale. Although the government may not “target” American citizens or residents for electronic surveillance using Section 702 or Executive Order 12333, it nonetheless relies on this surveillance to sweep up the communications of innocent Americans who are in contact with individuals abroad, sometimes in bulk. The whistleblower Edward Snowden and others have emphasized the astonishing breadth of these surveillance programs — including the government’s extensive spying on universities and scientific research institutions in China. Professor Xi’s academic work required regular communication with counterparts in China, and it was precisely those communications that the government later cited in court papers when Professor Xi was wrongly arrested. (Critical reforms to Section 702 are presently being considered by Congress.)

The consequences of this spying — and the baseless prosecution that followed — were devastating for Professor Xi and his family. His academic reputation was shattered. Temple University forced him to take administrative leave and suspended him as interim chair of the Department of Physics. He could no longer access his lab or the students under his supervision, preventing him from working on state-of-the-art research projects.

Do we want to live in a world where academics need to fear surveillance and prosecution simply because they are communicating with colleagues abroad? The chilling effect on academic collaboration and freedom of expression, both of which have long been protected under the First Amendment, are clear.

Our government claims to encourage international scientific collaboration. Unconstitutional surveillance that chills that collaboration is not the way to go about it.