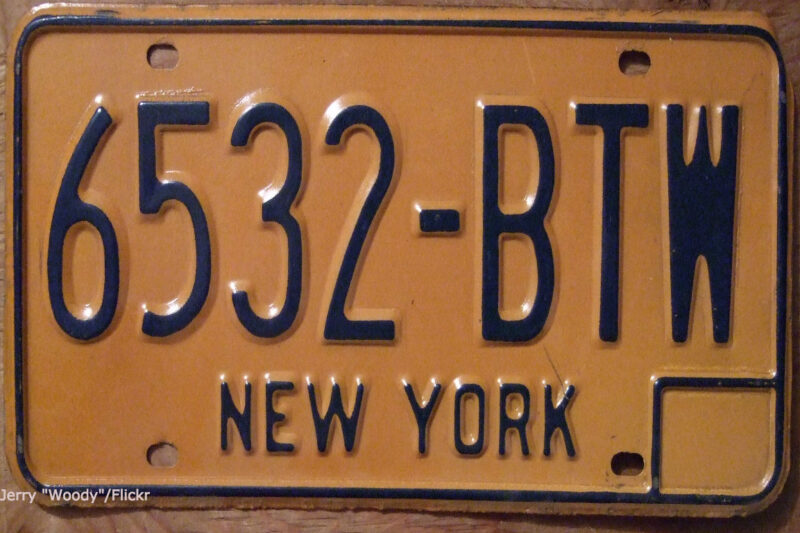 Supporters of license plate readers are fond of saying that unless you’re a criminal, you needn’t fear the invasive technology. But those who adhere to that argument should consider just a few examples from around the country:

With these stories firmly in mind, the New York Civil Liberties Union’s latest license plate reader discovery is all the more chilling.

Last year, we learned that the NYPD was hoping to enter into a multi-year contract that would give it access to the nationwide database of license plate reader data owned by the company Vigilant Solutions. Now, through a Freedom of Information Law request, the NYCLU has obtained the final version of the $442,500 contract and the scope-of-work proposal that gives a peek into the ever-widening world of surveillance made possible by Vigilant.

Surveillance is about power. Vigilant gives the NYPD power to monitor our whereabouts and, by extension, our affiliations, interests, activities and beliefs.

The Vigilant database raises similar privacy concerns as the Domain Awareness System, but those concerns are greatly magnified because the Vigilant database is massive: It contains over 2.2 billion location data points, and it is growing by almost a million data points per day. The database also isn’t limited to New York City, which means the NYPD can now monitor your car whether you live in New York or Miami or Chicago or Los Angeles. (See Vigilant’s Nationwide Scan Density Map on page 64.) Even more worrisome, the data comes from private license plate readers that scan locations that the police are less likely to scan: residential areas, apartment complexes, retail areas, and business office complexes with large employee parking areas. And, as far as we can tell, there is no limit on how long Vigilant keeps all of this private location data. There is no incentive for Vigilant to delete any data because its business model is to profit off of selling people’s data.

The Vigilant database also boasts “full suite data analytics tools.” These tools allow police officers to track cars historically or in real time, conduct a virtual “stakeout,” figure out which cars are commonly seen in close proximity to each other, and predict likely locations to find a car.

With this volume of private data and these types of tools, Vigilant enables the NYPD to learn intimate details about people’s lives with a click of a mouse. Through the “stakeout” feature, the NYPD may learn who was at a political rally, at an abortion clinic, or at a gay bar. Through the predictive analysis, the NYPD may learn that a person is likely to be near a mosque at prayer time or at home during certain hours of the day. Through the “associate analysis,” the NYPD may come to suspect someone of being a “possible associate” of a criminal when the person is simply a family member, a friend, or a lover.

Until now, law enforcement agencies under contract with Vigilant, including the NYPD, have said very little in public about how they use the database and what privacy protections they implement. That needs to change. Fifty police officers at the NYPD’s Real Crime Center have access to the Vigilant database and tools every day. The public has the right to know what rules regulate their access and what oversight mechanisms, if any, are in place. They have the right to know when and how the police are using the database and what the consequences are.

Surveillance is about power. Vigilant gives the NYPD power to monitor our whereabouts and, by extension, our affiliations, interests, activities and beliefs. By demanding answers to critical questions about NYPD’s use of Vigilant and other surveillance tools, New Yorkers can begin to take back the power imbalance created by the new era of mass digital surveillance.