Grassroots Activists are Leading the Fight to Stop Face Recognition. It’s Time for Congress to Step Up, Too. 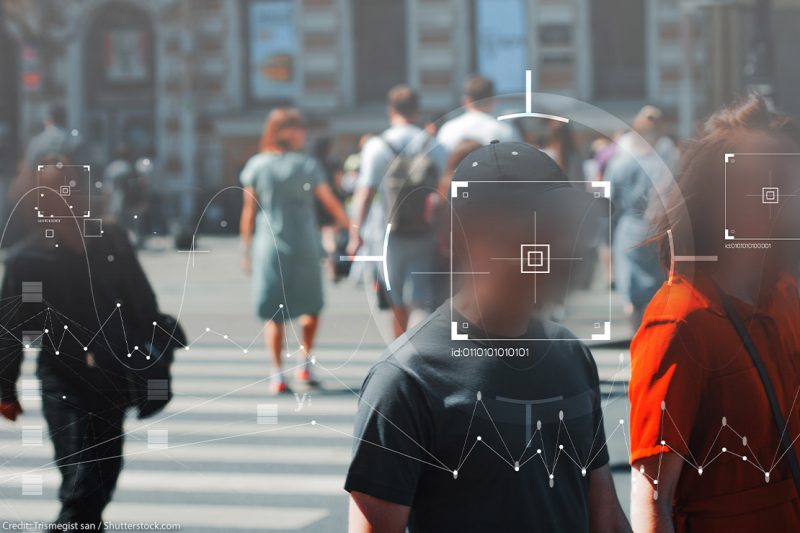 We have the power to change the law and our relationship with technology, and the work of community-based coalitions proves it.

Tech companies and police forces would like us to believe that there is nothing we can do to stop harmful surveillance technologies like face recognition. We reject that narrative. Across the country, coalitions of community-based organizations are fighting back to protect our communities and our lives — and winning.

Today, many ACLU affiliates are proud to join 70 grassroots partners from across the United States to call on Congress to support this movement, and act aggressively to prohibit the government’s use of face recognition and other biometric surveillance systems.

People and communities from coast to coast are being harmed by face recognition surveillance. Police and other government agencies are using these systems to intimidate activists, target immigrants, wrongfully accuse people of crimes, and impede access to needed public resources such as unemployment relief and housing. Face recognition supercharges the government’s power to surveil people of color and other marginalized groups and impacts our core constitutional rights. We cannot freely organize, seek reproductive health care, or attend a place of worship if we fear that our identities and locations will automatically be recorded and placed on a watchlist.

Face recognition surveillance expands the reach of our society’s most violent and unjust systems that activists have been fighting to dismantle for decades. All across the country, people are banding together to stop their governments from using these harmful systems.

In the last two years, local coalitions and ACLU affiliates have passed bans on government face recognition in 20 cities and counties, starting in San Francisco and leading up to this month’s unanimous approval of a ban in King County, Washington — right in the backyard of Amazon and Microsoft. Grassroots coalitions have also passed important state laws stopping the use of dangerous face recognition technologies: Vermont and Virginia have banned government and police face surveillance; New York has barred it in schools; and California, New Hampshire, and Oregon have all stopped any use of face and biometric surveillance with police body cameras.

Grassroots groups are also powering important corporate change. Direct activism has forced companies like Amazon, Microsoft, Google to stop or pause face recognition sales to police. In 2019, ACLU affiliates and a coalition of more than 80 civil rights groups first demanded that these companies stop selling face recognition to governments. Most recently, MediaJustice and the Athena coalition have led the #EyesonAmazon campaign, a nationwide mobilization of activists pressuring the company to permanently end face recognition sales to all police departments and U.S. government agencies.

These legislative and corporate changes are the direct result of people organizing, showing up, and harnessing their collective power to write their own future and reject a reality where face recognition surveillance is used to accelerate violence and oppression. Communities are saying loud and clear that they do not want dangerous and discriminatory face and biometric surveillance. It’s time for Congress to take note.

This letter to Congress comes at a critical moment in the fight against face recognition. Earlier this week, Sens. Ed Markey and Jeff Merkley and Reps. Pramila Jayapal, Ayanna Pressley, and Rashida Tlaib reintroduced a bicameral bill called the Facial Recognition and Biometric Technology Moratorium Act. This bill would stop federal agencies from using face and biometric recognition surveillance technologies and effectively strip federal support for purchases of such systems by state and local governments.

The reintroduction of this bill is very important because we know a surveillance lobby composed of police and Big Tech is pushing for weaker federal and state bills that would legitimize the use of face recognition in our communities and “preempt” local and state bans, effectively wiping civil rights laws off the books and reversing local democratic progress. We also know that government agencies at the federal and local levels are still trying to deploy face recognition systems. We recently sued DHS, ICE, and CBP on behalf of immigrants’ rights activists to learn the full extent of how immigration and border agencies are deploying face surveillance.

We are already seeing the life-threatening consequences of this harmful technology in government hands. For Robert Williams, a Black man in Michigan, a false match meant being wrongly arrested at home in front of his family and jailed for 30 hours. Williams is just one of several Black men that we know have been arrested following police misuse of this technology. The acute accuracy and bias problems in these systems were exposed by Joy Buolamwini and Timnit Gebru’s groundbreaking academic research, and further illustrated through our own test of Amazon’s Rekognition service, which falsely identified members of Congress including the late Rep. John Lewis.

But as our letter explains, this is not just a software or algorithmic problem. More accurate (or less biased) face recognition will not solve the larger, systemic problems. Facial recognition is racist, from how it was built to how it is used. It expands the police’s ability to sabotage activists, stalk people of color, and target other marginalized groups.

Working together, we have the power to change the law and stop dangerous surveillance, and the 20 bans that community-based coalitions have enacted across the United States prove it. Now it is time for Congress to stand in full support of this nationwide progress. We urge Congress to take immediate action to prohibit the government’s use of face recognition. Join us by adding your voice.