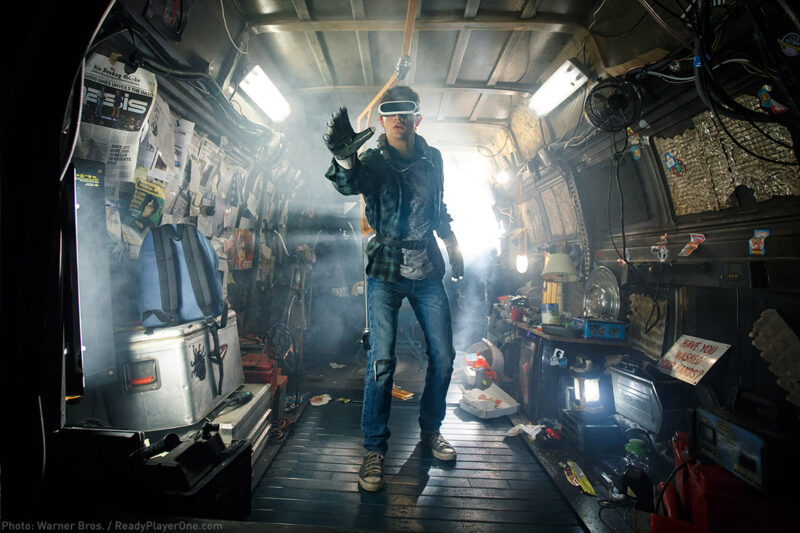 Facial recognition technology stars in three recent Hollywood movies: Isle of Dogs, Ready Player One, and Black Panther. In Wes Anderson’s stop-motion near-future Japan, a corrupt mayor uses the technology to capture the Little Pilot who only wants to save his dog. In Steven Spielberg’s dystopic America, a megalomaniacal billionaire uses drones equipped with face scanners to find one of the movie’s heroes as she drives her van through an impoverished futuristic cityscape. And in Ryan Coogler’s Wakanda, the royal technologist’s team uses her facial recognition tool to identify intruders in the kingdom.

All three films show the ways that facial recognition technology leaves no place to hide — for heroes and villains alike — in a surveillance state of the future. We don’t yet inhabit these imagined worlds, but if we aren’t careful, the reality of ubiquitous tracking via facial recognition isn’t far away.

These technologies threaten to subject us to perpetual, dragnet surveillance in which we are nonconsenting subjects in a never-ending series of investigations. Our face geometries might be captured, retained, and connected to our real-world identities, and combined with information about our income, education, demographics, health, and other data. Our appearance, preferences, and physical locations could be sold to data brokers and advertisers and used to feed automated decision-making tools that control important decisions around our housing, employment, health care, policing, and much more. We could be digitally tracked based on our political activities, religion, or nationality; misidentified as criminals or terrorists; or otherwise blacklisted.

The prospect of individualized tracking and misidentification should concern everyone, but it is particularly potent for people of color, who most often bear the brunt of enhanced surveillance. Black and brown people already are overpoliced and face disparate treatment in every stage of the criminal justice system. Facial recognition likely will be disproportionately trained on these communities, further exacerbating bias under the cover of technology.

But the growing prevalence of facial recognition in film doesn’t mean its use is inevitable or irreversible. We can reject a surveillance infrastructure in which our faces populate government databases. We can also call corporate actors to account. For example, a coalition of civil rights and civil liberties groups — including the ACLU — recently called on Axon, which creates law enforcement technologies, to refrain from outfitting its police body cameras with real-time facial recognition technology.

We must also ensure that law enforcement acquisition of surveillance technologies does not happen in secret, but is rather subject to vigorous public debate. Residents in cities across the country — including in Oakland, California; Seattle, Washington; Nashville, Tennessee; and Somerville, Massachusetts — have all adopted local ordinances that require an extensive public process to make sure the right questions are asked and answered about any new surveillance proposals.

Movies might be less exciting if they focused on the city council meetings, policy conferences, and legislative developments that help preclude the use of surveillance technologies in the worlds the directors have imagined. But if we don’t want our lives to be subject to pervasive, unaccountable surveillance no matter where we go and what we do, then it is incumbent upon us, as concerned individuals and members of our local communities, to demand control over our personal information and to become our own privacy heroes.