Police Chiefs Issue Recommendations on Drones; A Look At How They Measure Up 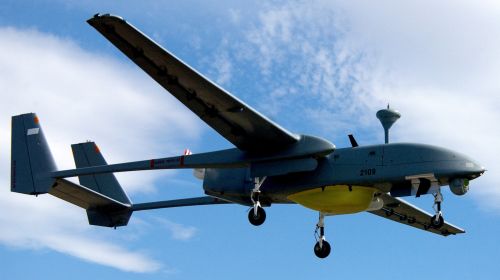 The International Association of Chiefs of Police recently approved “Recommended Guidelines for the use of Unmanned Aircraft.”

The IACP is to be applauded for addressing this issue, and for issuing recommendations that are quite strong in some areas. Based on what the chiefs support, it should now be seen as a broad consensus and starting point for further conversation that:

• warrants are necessary for the use of drones where subjects have a reasonable expectation of privacy
• images should not be retained unless relevant to a crime
• the public should be given meaningful notice of drone use
• police drone use should be subject to tracking and audits, with accountability for misuse
• weapons should not be placed on domestic drones

At the same time, we don’t think these recommendations go far enough to ensure true protection of privacy from drones. We also think protections need to be put into law, not merely promulgated by the police themselves (although, to be fair, it is not the job of the police to write our laws, and the focus of this document is on steps police agencies can take themselves). As long as there are agencies that are not governed by law, it is of course better to have internal guidelines than nothing at all. (Though that is true only insofar as such guidelines are not sold as or viewed as, and do not become, a substitute for stronger legislative protections.)

1. Drones should be deployed by law enforcement only: 1) With a warrant, or 2) where there are specific and articulable grounds to believe that the drone will collect evidence relating to a specific instance of criminal wrongdoing, or 3) in an emergency.

The agency will operate the aircraft in full compliance with the mandates of the Constitution, federal, state and local law governing search and seizure.

It’s always nice to see reminders to police agencies that they need to follow the Constitution, but the application of that broad document to the just-invented technology of surveillance drones requires a little bit more fleshing out if our privacy is to be preserved.

If the UA will intrude upon reasonable expectations of privacy, the agency will secure a search warrant prior to conducting the flight.

All flights will be approved by a supervisor and must be for a legitimate public safety mission, training, or demonstration purposes.

Supervisor approval will help prevent abusive uses by rogue officers and is good, though some police agencies will no doubt interpret “legitimate public safety mission” as including such things as the wholesale monitoring of protesters or crime-prone neighborhoods. These recommendations do not include the crucial limitation that we call for—that drones not be used without reason to believe they’ll shed light on specific acts of wrongdoing—and would not forestall many of the potential uses that concern us over the mid- to long-term.

2. Images should be retained only where there is reasonable suspicion that images contain evidence of a crime or are relevant to an ongoing investigation or trial.

1. Unless required as evidence of a crime, as part of an on-going investigation, for training, or required by law, images captured by a UA should not be retained by the agency.

This strong call for non-retention of images is very good to see. The police should not be retaining records of individuals just in case they engage in wrongdoing. (Now if we can just get that principle applied to license plate recognition. . . .)

2. Unless exempt by law, retained images should be open for public inspection.

Although this additional protection, which we did not contemplate in our report, might conceivably hurt privacy by exposing images of innocent people to public review—it also constitutes a very strong public check on the use of drones. Per the first provision, the only images that are retained should be those relevant to a crime, yet not covered by laws that a) permit police to keep secret the details of live investigations or b) protect privacy by exempting government records from disclosure. If that is the case, then potential privacy harms should be minimal.

3. Public notice: explicit written policies and procedures for drone use

The agency should then engage their community early in the planning process, including their governing body and civil liberties advocates.

The community should be provided an opportunity to review and comment on agency procedures as they are being drafted. Where appropriate, recommendations should be considered for adoption in the policy.

The news media should be brought into the process early in its development.

In general these are excellent public notice recommendations that, if followed by local police departments, will go a long way toward ensuring that drones are used in proper and limited ways. (The recommendations do not explicitly say, but seem to take it for granted, that police agencies create written policies for drone use.)

The recommendations are less strong on democratic control. Although police agencies are told to “engage” with “their governing body” and allow the public to “review and comment” on agency procedures, nowhere are police departments told to seek democratic approval prior to deploying drones or setting policies on their use.

Except for those instances where officer safety could be jeopardized, the agency should consider using a “Reverse 911” telephone system to alert those living and working in the vicinity of aircraft operations (if such a system is available). If such a system is not available, the use of patrol car public address systems should be considered.

This would be a strong step toward public notice and shows a seriousness about such notice.

Law enforcement agencies desiring to use UA should first determine how they will use this technology, including the costs and benefits to be gained.

All flights will be documented on a form designed for that purpose and all flight time shall be accounted for on the form. The reason for the flight and name of the supervisor approving will also be documented.

An authorized supervisor/administrator will audit flight documentation at regular intervals.

Unauthorized use of a UA will result in strict accountability.

All good measures, though none amount to the independent oversight that we called for. We need to make sure that these voluntary self-policing guidelines—as admirable as they are in some respects—are not invoked as an argument against binding legislation in this area.

Equipping the aircraft with weapons of any type is strongly discouraged. Given the current state of the technology, the ability to effectively deploy weapons from a small UA is doubtful. Further, public acceptance of airborne use of force is likewise doubtful and could result in unnecessary community resistance to the program.

Although we did not address weaponization of domestic drones in our 2011 report, the issue has come up more strongly since and is certainly a concern of ours. The IACP is to be applauded for strongly discouraging agencies from weaponizing drones.