A Pro-Liberty Case for Gun Restrictions 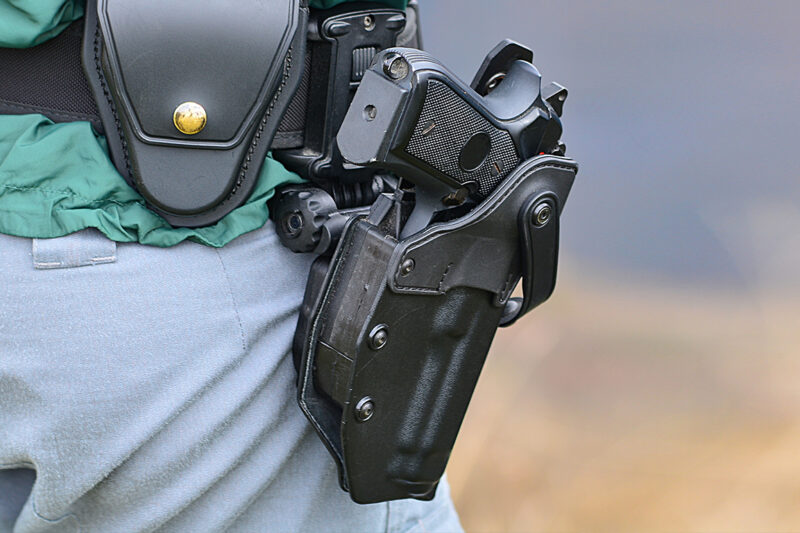 In recent months, the nation has been debating gun control issues with renewed intensity. One of the principal arguments that firearms advocates advance against restrictions on guns is freedom: Americans ought to be free to own guns, and free to defend ourselves, and that broad ownership of guns by citizens is a check against the possibility of oppression by our own government.

My colleague Louise Melling has laid out the ACLU’s views on guns here — that while gun regulations must be unbiased and subject to due process protections, the Constitution does permit limits on firearms sale and ownership. Overall, the ACLU does not generally engage in either side of the gun control issue. But we do care about freedom, and I have noticed a growing trend: the wide availability of guns and their misuse leading to restrictions on Americans’ freedom. Advocates for expansive gun rights who are serious in their concern over expanded government powers might consider how this is the case.

Mass shootings create a pervasive sense of insecurity and anxiety that politicians and policymakers will inevitably seek to address. Throughout history, people who live in warlike times and places have built walls, while residents of peaceful kingdoms have tended to live without them. When particular security threats arise (real or perceived), societies respond — through policy, behavior, and architecture. Like calluses responding to friction, government power builds up where threats are perceived. If Americans continue to increasingly think of each of their fellow citizens, including children, as a potentially mortal threat at every public gathering, this fear will inevitably lead to more and more government reach into American life.

Intrusions already in play or proposed as a result of mass shootings include:

Let’s examine one of the implications of this trend a little more in-depth: law enforcement investigations of “suspicious” individuals.” After the Parkland attacks, there was a discussion about the FBI’s failure to detect shooter Nikolas Cruz ahead of time. Some of the people around Cruz were alarmed by signs that he might do something violent, and they called in tips to the agency, which did not investigate.

It may be that the FBI was incompetent here, and we do often see law enforcement failing to respond sufficiently to some threats, such as domestic violence. But it’s also possible that the tips the agency received were the kind of thing that agents hear all the time, and that there were understandable reasons the agents did not spring into action. But either way, the implication of expecting the government to detect and prevent every mass shooting is believing the government should play an enormously intrusive role in American life.

Remember that if the FBI interviewed Cruz but lacked strong evidence he had committed a crime or posed a threat to himself or others, there would not have been much agents could have done after interviewing him — unless gun advocates are suggesting we allow the government to arrest and imprison people on hunches and worries alone. More fundamentally, as I have explained at length elsewhere, there is a deceptively enticing logic when we look backward at a terrorist attack. “Wow,” people naturally think, “look at all the signals the attacker gave off that should have been detected! If we just monitor everybody for those signs we can stop the next attack!” The problem is that such signs are always vastly more common than actual attacks. There is an “asymmetry between past and future” that makes it very hard to predict terrorist attacks looking forward, even though they may be relatively easy to understand looking backward.

Obviously, people have and should continue to call the authorities when they see genuinely suspicious behavior, and the authorities can and should investigate such behavior. The problem is that as shootings continue, such investigations are likely to become routinized, over-used, and turned into unjustifiably intrusive government monitoring of individuals’ lives.

Greg Abbott, the governor of Texas, for example, reacted to the May mass school shooting in Santa Fe by calling for the state’s intelligence fusion centers to engage in automated monitoring of residents’ social media accounts to try to detect incipient attacks. Mass monitoring of Americans’ public social media conversations is the digital equivalent of putting a secret policeman in every coffee shop to listen in on public conversations and report suspicions to the authorities. That is a deeply un-American approach to law enforcement that is highly unlikely to be effective and, at the same time, highly likely to significantly chill our free-wheeling public life.

Gov. Abbott also encouraged state residents to install an app on their phones for reporting tips of suspicious behavior — just the kind of thing that is likely to push people into over-reporting non-conforming behavior to the authorities. Every high school and community in America has people who are alienated and angry or are seen as such by those around them. I worry that if mass shooting events continue, the threshold for suspicion will become much lower and that ever-greater numbers of people will be reported based on ever-slighter suspicions, and based on biases of various kinds, and we’re going to have a lot more law enforcement officers intruding into our lives a lot more based on a lot less. After Parkland, there was a wave of reporting to police of behavior that people found suspicious in those around them.

As we as a society consider the issue of gun violence, these implications for American freedom also need to become part of the conversation. In particular, those who support expansive gun rights as a protection against excessive government power should strongly consider how much government intrusion and expanded power they’re willing to trade for those rights.