Report: 85 Percent Of Law Enforcement Agencies Will Have License Plate Readers Within The Next Five Years 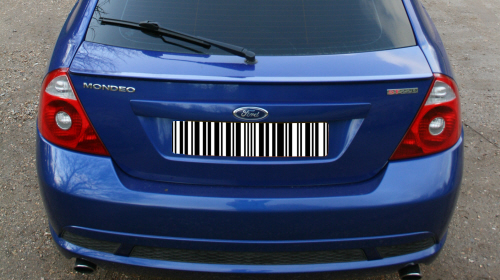 Automatic license plate readers don’t pose much of a threat to our privacy if there aren’t very many of them. Like surveillance cameras, they really only become a problem when the data they collect are situated in a broader context of pervasive monitoring. One data point showing that your car drove past a stationary license plate reader on one highway doesn’t tell the government very much. But the data points begin to pile up when the surveillance cameras and license plate readers are on every street corner and police cruiser. And absent commonsense limits, that means police and prosecutors (and anyone else who gets at the database) can map your movements with the click of a button.

That’s why the ACLU has invested resources in the effort to protect our motoring privacy from unwarranted retroactive government surveillance. We didn’t want to wait until license plate readers (LPRs) were everywhere before we acted to protect our privacy; the trends seemed clear to us.

Now, a report published by the Police Executive Research Forum (PERF) shows that we were right to act early.

Writing in “How Are Innovations in Technology Transforming Policing,” a report partially underwritten by a foundation connected to the LPR manufacturer Motorola, PERF’s executive director Chuck Wesler demonstrates that police departments nationwide are eagerly acquiring the tools. Using statistics from a PERF survey distributed to hundreds of police departments in 2011, he writes:

71 percent of responding agencies already have LPRs. But typically, an agency has only a few vehicles equipped with the devices, and they are used for certain limited purposes, such as finding stolen cars or vehicles that have multiple parking violations and can be booted or towed. But our survey found that almost every police agency expects to acquire or increase their use of LPRs in coming years, and that five years from now, on average they expect to have 25 percent of their cars equipped with LPRs. [Emphasis added]

According to PERF’s survey results, most of the queried agencies without license plate reader systems plan to get them, and those that already use them plan to expand their programs:

A large majority of agencies (85 percent) plan to acquire or increase their use of LPRs during the next five years. On average, responding agencies expect that 25 percent of their vehicles will have LPRs on board in five years. [Emphasis added.]

The price of license plate reader systems is likely to fall precipitously as the technology becomes an increasingly common law enforcement fixture. It’s already fallen substantially over the past few years, after a boom in sales prompted by federal funding for the technologies to state and local police departments nationwide. Whereas years ago the tools cost upwards of $30k per system, some companies are now selling them for as little as $8k a pop.

For privacy advocates, there doesn’t seem to be much hope that we could roll back the expansion of the technology itself. But thankfully we can take simple steps to limit the privacy harms.

The most central functions license plate readers perform don’t require that agencies store captured plate information on everyone for long periods of time, enabling mass, retroactive, warrantless surveillance. In fact, police don’t need to retain any captured plate data at all in order to catch people driving stolen cars or with outstanding warrants.

A police officer from Mesa is quoted in the PERF report describing how successful the technology has been for the agency:

when LPRs were used, police were able to get over eight times as many checks, over four times as many hits, and about twice as many arrests and vehicle recoveries as when they were not using the LPR devices.

Those are pretty impressive stats, and those successes don’t require any data retention whatsoever — making it clear that police can use the technology to great effect without needlessly violating our privacy.

PERF’s discussion on license plate readers also sheds light on a troubling facet of the post-9/11 federal funding of path-breaking law enforcement tools: policymaking-by-procurement. When local police want to get money from the feds to buy fancy new tools, they should approach the public—the people they protect and serve—before pursuing acquisitions, especially when those tools have implications for privacy. It isn’t appropriate for departments to move forward with such technologies without any public debate. Revealingly, the officer from Mesa quoted above told PERF:

In some communities there is a strong negative public reaction to the use of surveillance technologies. While we were doing [the license plate reader] study in Mesa, there was controversy throughout Arizona over the use of speed enforcement cameras on major roadways. The LPR program didn’t receive that sort of public reaction, probably because it was a much smaller program and not as many people knew about it. [Emphasis added.]

That isn’t right. The police shouldn’t be able to slip things like the introduction of powerful new surveillance technologies under our noses.

Thankfully, it appears as if we are increasingly having that debate—about license plate readers, in particular—in our cities and state legislatures nationwide. Moving from rhetoric to action, ACLU affiliates nationwide, including here in Massachusetts, will be working with state legislators in this session to pass statutes to protect our privacy from unnecessarily broad police deployments of license plate readers. (If you live in Massachusetts, you can take action to help us get there.)

Here’s to many other states joining New Hampshire and Maine in passing laws to limit the use of license plate readers in 2013, and to a future that’s a little bit more free.