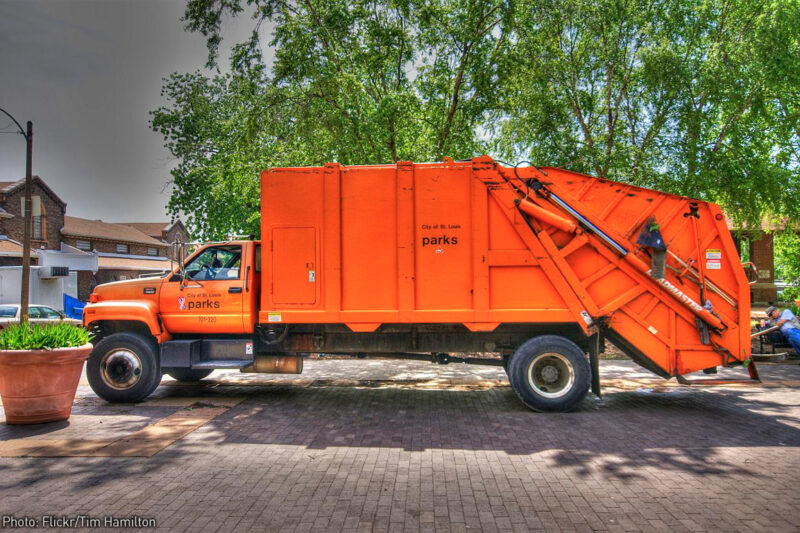 The New York Times reports on a group of Seattle residents who are fighting a new law that penalizes residents for improperly sorting their garbage. These residents say that the garbage inspections violate their privacy as protected under the Washington State Constitution.

Seattle is not the only city currently pushing the boundary between enforcing best recycling practices and gross violations of privacy. A growing number of cities in the United States are installing RFID chips in trash cans and recycling bins in order to bring computer technology to bear on the problem of ensuring compliance with recycling regulations.

These programs consist of passive RFID (Radio-Frequency Identification) tags fixed to recycling bins and trash cans, coupled with computers onboard each collection truck that interpret and read data. Their aim is to cut down both on waste and the costs related to resorting improperly categorized garbage.

The RFID chips are used in a variety of ways, some more intrusive than others. Many municipalities, including Charlotte, use them to record who is putting their recycling bins out at the curb. Some, such as Dayton, are taking a “carrot” approach by developing recycling incentive programs that financially reward residents who recycle. Others, including Cleveland, use the RFIDs to flag residents who haven’t used their bins lately so their garbage can be manually inspected for noncompliance and fines levied. The program in Seattle uses the RFIDs solely to identify the residents to whom the garbage bins belong, and relies on sanitation workers to visually inspect the garbage in order to flag any improper sorting

But in Wisconsin, some municipal governments are taking garbage surveillance to a whole new level. In Onalaska and La Crosse, garbage trucks are actually equipped with video cameras. Garbage trucks scan the chips installed in each bin when emptying carts, the cameras monitor the materials being dumped, and transmit a detailed collection history back to the company in order to determine if the right materials are coming out of each container. This information is—when deemed necessary—used to levy fines against residents who improperly sort their waste.

This kind of automated garbage monitoring raises very serious privacy concerns. While encouraging residents to recycle is commendable, any program involving the government’s systematic monitoring of citizens crosses a line. The contents of your trash can be surprisingly revealing.

In 2002, a Portland, Oregon free weekly colorfully illustrated garbage’s privacy stakes. In the midst of controversy over the city’s practice of permitting police to search garbage left on the curb without a warrant, the newspaper’s reporters rummaged through the trash of city officials and found all kinds of private materials, including information about job applications, political affiliations, and very personal written notes. As the newspaper, Willamette Week, put it:

there is something about poking through someone else’s garbage that makes you feel dirty, and it’s not just the stench and the flies. Scrap by scrap, we are reverse-engineering a grimy portrait of another human being, reconstituting an identity from his discards, probing into stuff that is absolutely, positively none of our damn business.

The information unearthed from our trash bins can paint a very vivid, very private, and very potentially incriminating picture of the ways in which we spend our time. We hope that total garbage surveillance doesn’t become a trend and believe that the government’s surveillance of our garbage should not be a throw-away policy point.