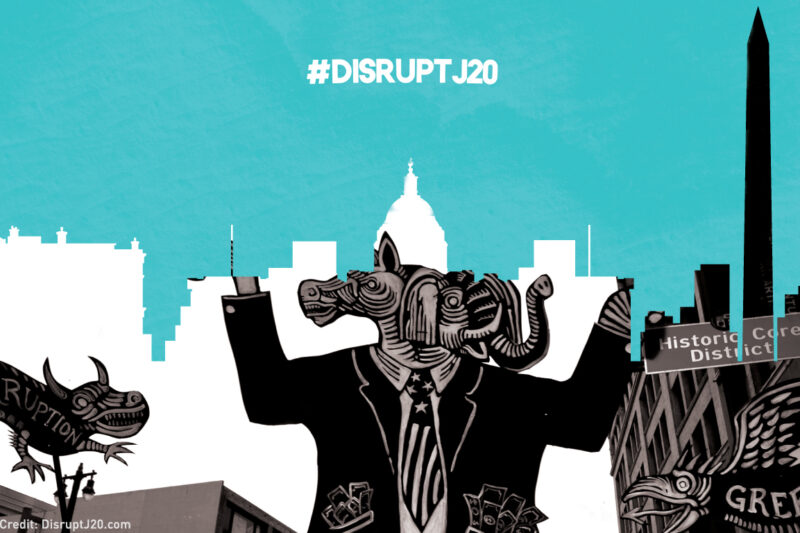 One of the core principles enshrined in the Fourth Amendment is a prohibition on general searches — meaning, the government cannot simply go fishing for a wide range of information in the hope that some kind of useful evidence will turn up. But that’s exactly what the government appears to be doing with a newly revealed search warrant seeking reams of digital records about an Inauguration Day protest website that could implicate more than 1 million users.

We first learned yesterday that within days of President Trump’s inauguration, the web server hosting company DreamHost received a subpoena from the government seeking records about a website hosted on its servers. Now the government has followed up that initial demand with a search warrant seeking a huge array of records “related to” the website. Those records would include the IP addresses of over 1.3 million visitors to the site.

The demand would’ve been concerning no matter what, but the particular website being targeted rings serious alarm bells: an organizing website, called disruptj20.org, intended for individuals planning to stage protests at the inauguration of President Trump in January. After DreamHost raised objections to the warrant, which it sees as overbroad under the Fourth Amendment and potentially chilling under the First Amendment, the government went to court in July seeking to compel DreamHost’s compliance. A court hearing on the matter is scheduled for this Friday.

This is not the only time the government has gone after Inauguration Day protesters with unusually aggressive means. The protests have also been at the focus of a major investigation by D.C.’s Metropolitan Police Department. So far, more than 200 protestors have been charged with crimes such as “property damage” and “felony riot,” and the D.C. Police seized and searched hundreds of protestors’ cell phones.

The ACLU has been monitoring this investigation closely. In June, the ACLU of the District of Columbia sued the city of D.C., Metro Police officers, and the D.C. chief of police for making unconstitutional arrests, including of members of the media and legal observers; using excessive force; denying arrested people food, water, and access to toilets; and invasive bodily searches of protesters exercising their First Amendment rights on Inauguration Day.

Also last month, the ACLU and Public Citizen filed a friend-of-the-court brief in the D.C. Court of Appeals in a case involving warrants for the full contents, over a three-month period, of three Facebook accounts of individuals connected to the Inauguration Day protests. In our brief, we argued that the court should lift the gag order the government put in place restricting Facebook’s ability to give notice to the targeted users, who could then challenge the substance of the warrants.

The vast danger in allowing the government — whether this administration, the last one, or the next one — to target political speech through oppressive police crackdown or wide-ranging surveillance demands, untethered to individualized suspicion of criminality, is obvious. The DreamHost warrant in particular is likely to chill the exercise of First Amendment rights — including the right to receive information, to speak anonymously, and to associate with like-minded individuals free from the threat of government unmasking.

With those stakes, we applaud the efforts of DreamHost — and our friends at EFF, who consulted with the company before it filed its legal objections to the warrant — to stand up for the rights of its customers and millions of people who visited the site. As the government seeks to gain access to the countless bits and bytes of personal information we generate daily online, we need companies that are willing to stand in users’ shoes and press the government when requests like this one cross constitutional boundaries.